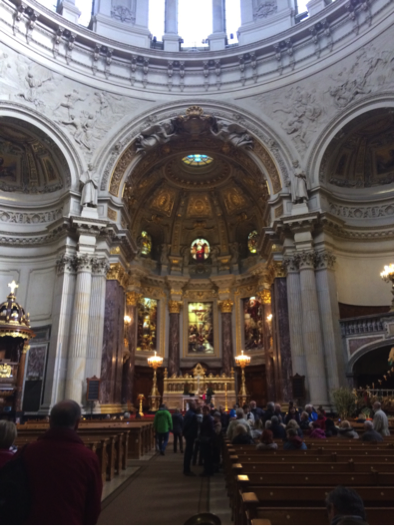 This weekend, my European Healthcare and Welfare class, which is a seminar specifically for study abroad students, went on an excursion to Berlin. (Thanks Vassar for footing the bill!) There is a lot of American history in Berlin, from the separation of the city into four sectors and the subsequent Berlin Airlift to the fall of the Berlin Wall. The experience of visiting the city and the history it encompasses was definitely a weekend well-spent.

A really nice touch to our weekend stay in Berlin was the fact that our hostel was on the border of where the Berlin Wall was erected. Today, the outline of the wall is visible on the streets through marked bricks on the sidewalks. Alongside this path are informative posts that explain what happened during the time the Wall still existed and what may have happened at that specific area. 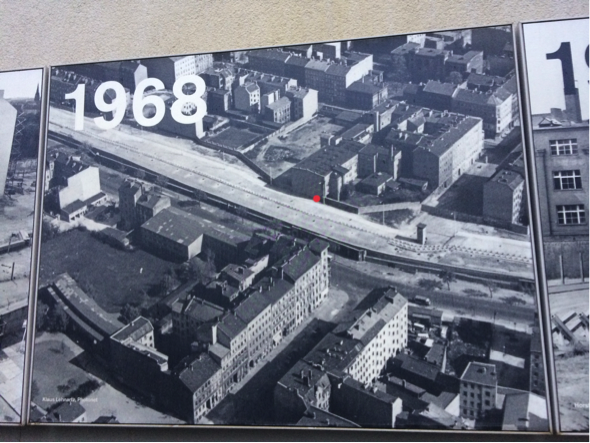 At 8 a.m. the next day, we boarded the bus and set out for the Paul-Löbe-Haus, where the legislative body of the German government offices are located. As part of the curriculum, we met with German Parliament Member Kathrin Vogler. As part of the Bundestag (German legislative body) and the Committee of Health, she explained her position on health policy, especially given the fact that she is a member of the leftist party in a generally conservative government. The meeting was very official, more official than our professors initially thought. In previous years, our professors explained that the meeting tended to be very informal, a simple conference hall meeting. However, to their joy and ours, we were brought to an actual legislative meeting room complete with two interpreters overhead. We enjoyed using the translating headsets and the microphones, as it gave the ambience of an actual legislative meeting. The meeting gave us a deeper insight into how German legislation works compared to how it does in the U.S.

Following our meeting, our group headed toward a more scientific sight, the “Body Worlds” exhibit at the Menschen Museum. Like other “Body Worlds” exhibits around the world, bodies donated in the name of science are prepped in a way to see certain organ systems. I had never seen a “Body Worlds” exhibit before, nor had I seen a “dead” body. As a pre-med student, the experience was invaluable, as it gave first-hand sights to the body’s anatomy. 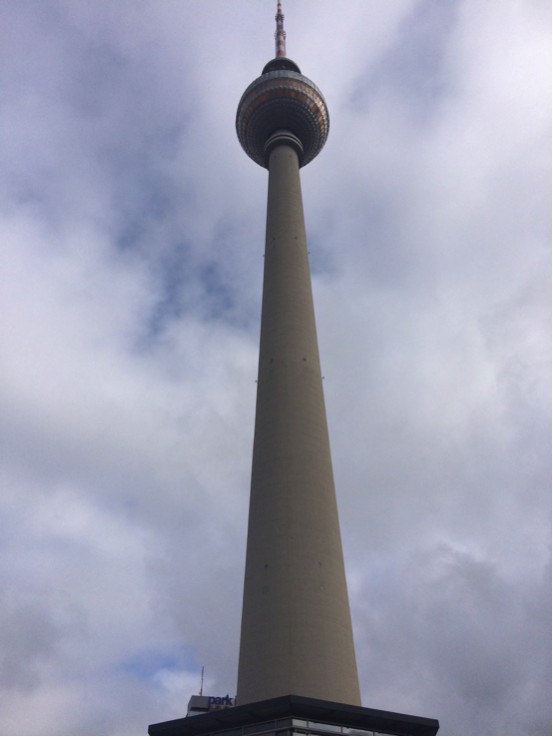 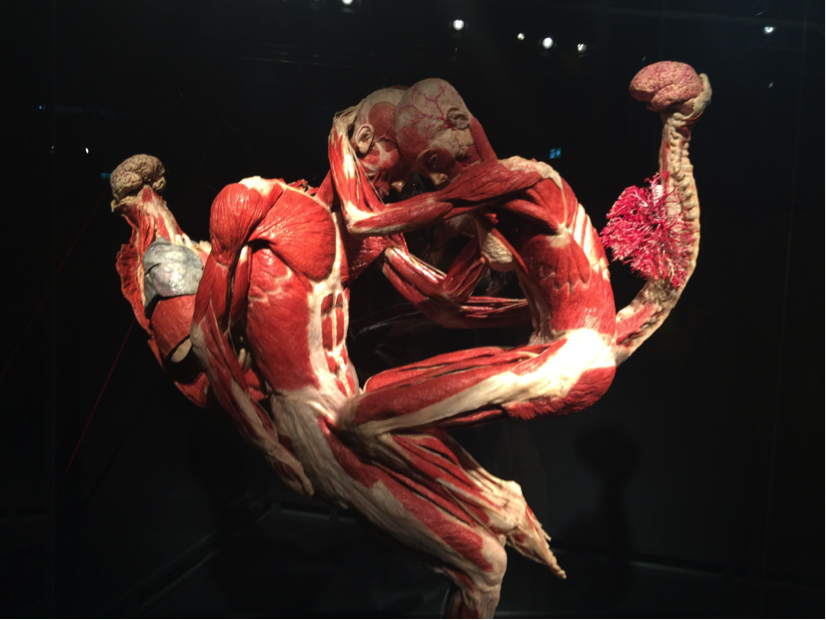 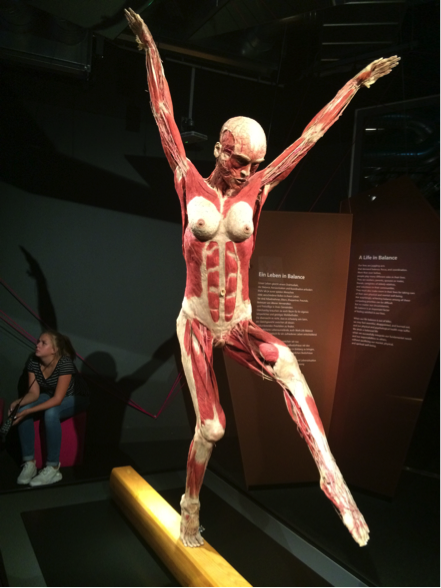 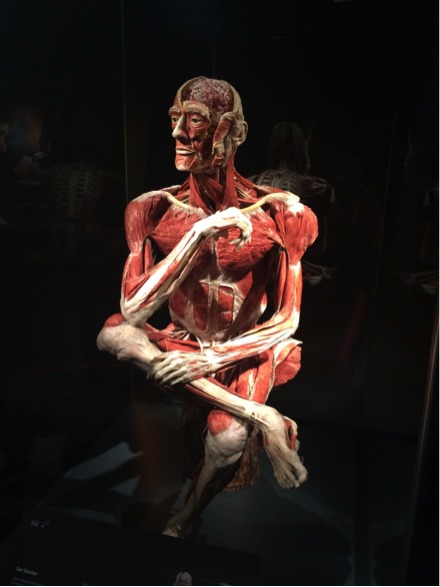 Of course, an excursion to any European city is never really complete if one does not visit the local kirche, or church. In Berlin, the Berliner Dom is one of the must-see sights. The magnificent façade is only matched by the beautiful artwork inside. Just looking at the dome gives the viewer a sense of awe that someone actually spent their time to do that by hand. The level of detail that is seen in the Berliner Dom is one can only hope to experience once in their lives, and I am very grateful for the opportunity. 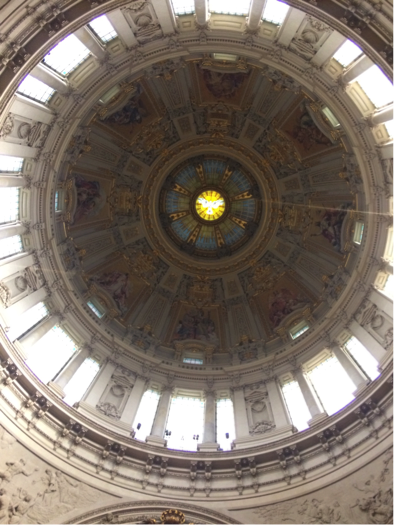 Besides acting as a functioning cathedral, the catacombs are host to a majority of dead monarchs. Some tombs were extravagantly thought out. Others were very simple. Truth be told, some were not in the best conditions as a result of being dug up after centuries and finally laid to rest there. It was definitely a solemn and humbling experience. 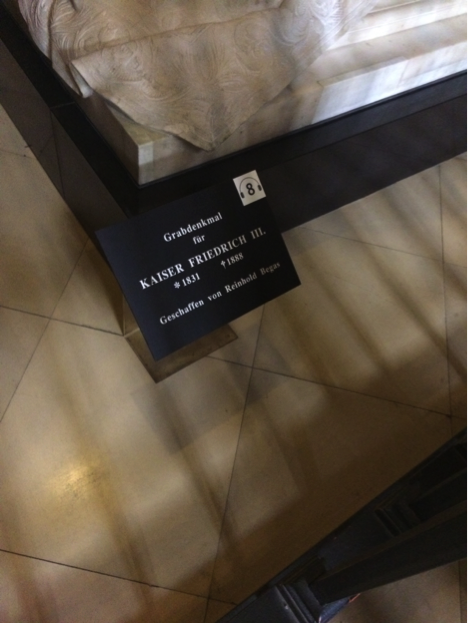 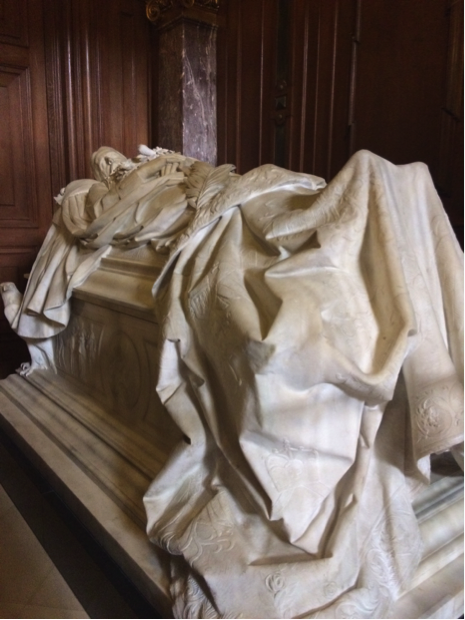 An excursion is also never memorable unless I am forced to climb up a really tall building with a fear of heights. Thank you 270 steps of the Berliner Dom for reminding me that views like this are always totally worth it and that acrophobia should never hold me back. Also thanks for reminding me how out of shape I am and for giving me my daily dose of cardio. 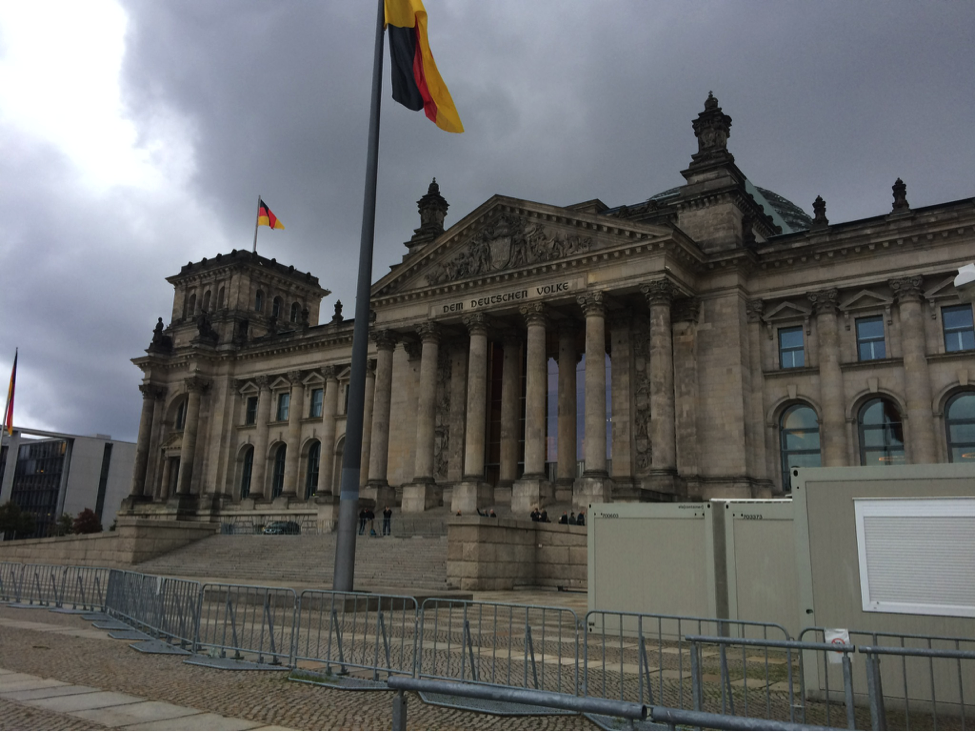 To end our scheduled activities for what had been a very busy day (especially for my calves because I wore boots), we toured the Reichstag where the Bundestag actually convenes. The history of the building is certainly tumultuous. A fire that happened there in 1933 gave Hitler and his party reason to implement martial law and gain power over the entire country and eventually plunge the world into World War II. The sentiment at the time was that communists had started it. Nowadays, some conspiracy theorists believe that the Nazi party was behind the fire and framed communists so that they could gain control over the country. Of course, neither had actually been proven, but following the Soviet invasion of Berlin, Stalin insisted on making sure the Soviets had control over the Reichstag as a political statement, most likely because tbh they didn’t really have anything to do with the fire in 1933 so FU Adolf. Soviet soldiers then proceeded to grace the walls of the Reichstag with graffiti. Most writing stated where the soldier came from and where they fought. Others drew penguins. When the Reichstag was remodeled later, a focal point of the restoration was to preserve this history into the building as seen below. 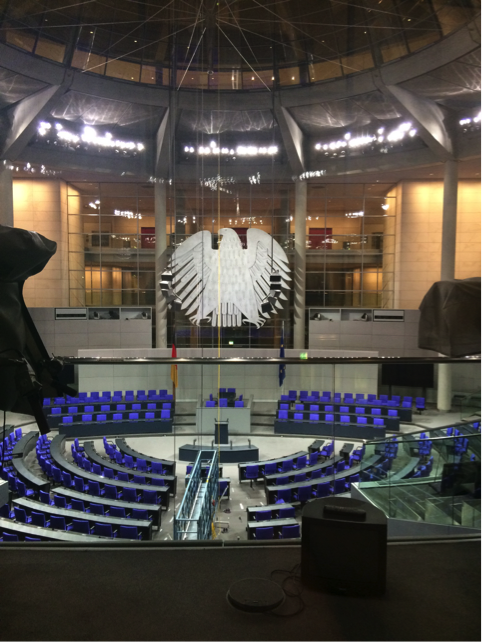 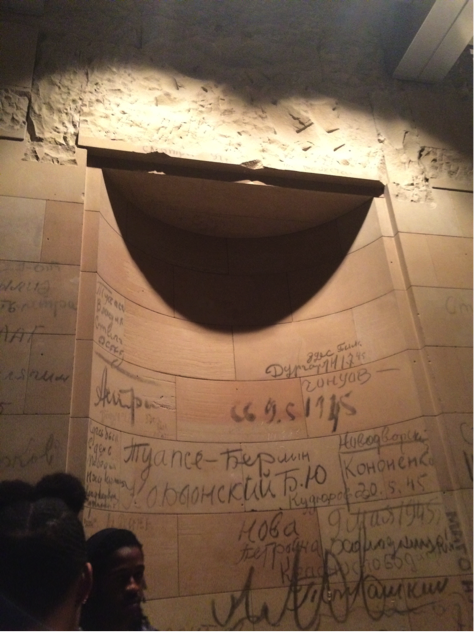 Also for the second time that day, I would be climbing to the top of a tall building. Thank you Wahito for holding my hand all the way to the top!

After our tour, we were given free time to explore nightlife in Berlin. Fortunately for us, the festival of lights was also happening while we were in town. During the night at certain landmarks around Berlin, picture shows are displayed on the actual landmark. In walking distance from the Reistag is the Brandenburg Gate, where one such light show would occur. Despite the cold, we trekked on to watch. We watched in awe as we watched the structure light up in an array of different colors and visuals. It was a great end to our last night in Berlin. 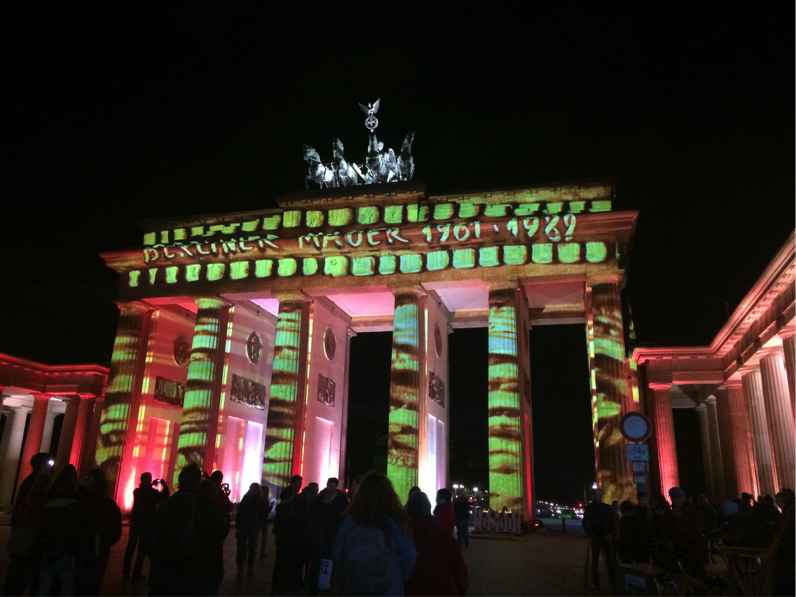 We only had one other major stop before heading home. On our way back to Bremen, we stopped by the Olympiastadion Berlin, where the 1936 Summer Olympics took place. This Olympics was marked by Hitler’s desire to show Aryan superiority only to be shut up by African-American track and field athlete Jesse Owen’s four gold medals. I had never been to an Olympic stadium, so to experience it firsthand was checking off another tick on my traveling wish list. Tschüss Berlin! 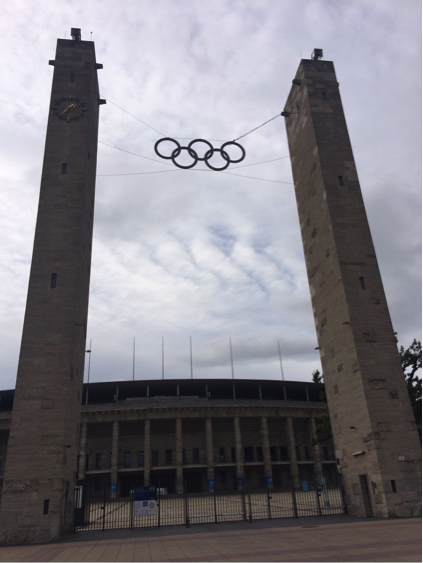 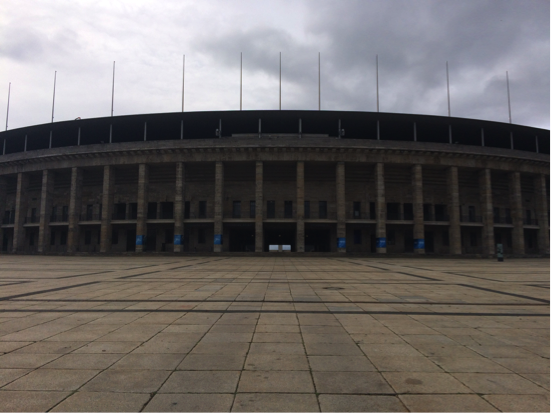