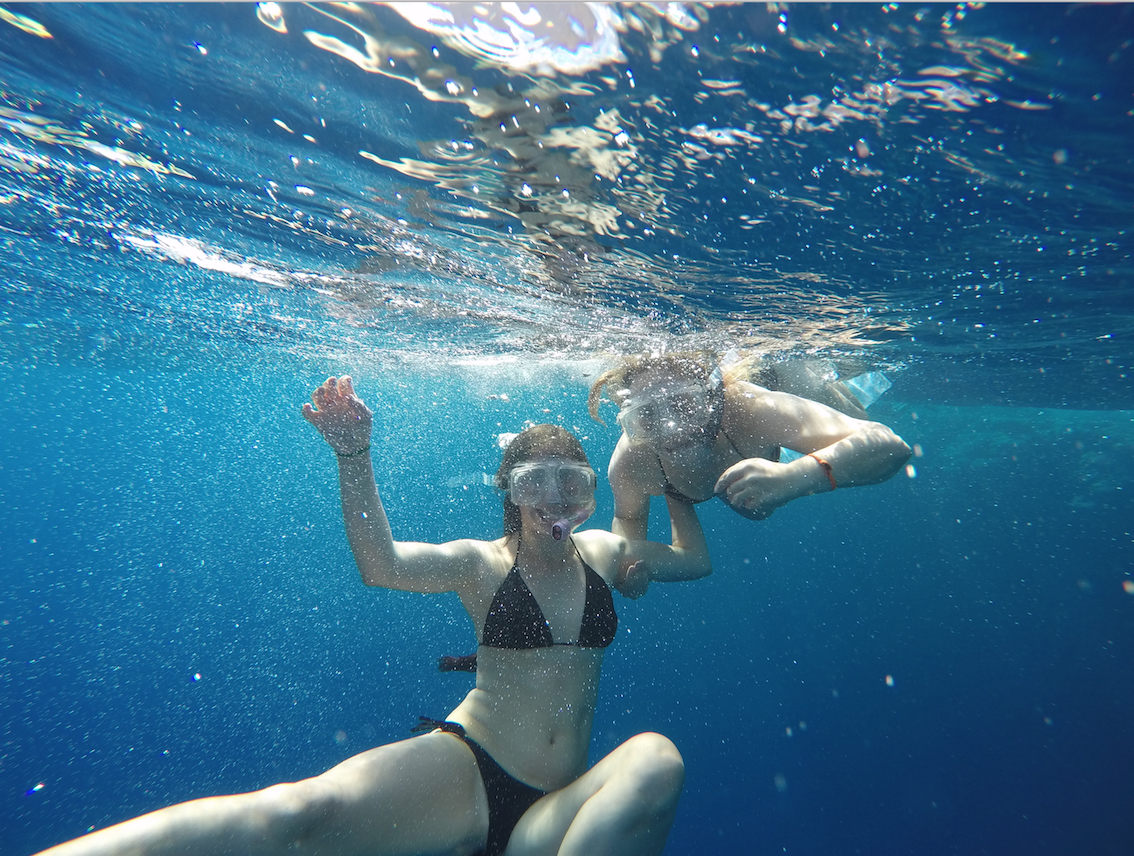 Taking a deep breath, I dove below the surface, letting the cerulean blue enshroud my body. As I looked to my right, my eyes took in the beauty of a coral foundation teaming with life; as I looked to my left, I observed the entrancing waters of the Gulf of Aqaba. Yet everywhere I looked, dozens of bubbles and my clunky snorkeling goggles distorted my perception. My mind was brought back to my childhood dreams of being a mermaid and exploring the deep blue wonders without hindrance. As a kid, I didn’t want the bubbles or goggles to impede my interaction with the ocean waters. I wished desperately that I could interact with the California coast the way I did on shore. The thought of viewing the world on land with a hoard of bubbles or goggles that distort the surrounding images was utterly silly to conceptualize. I was unaware that I constantly sported invisible eyewear akin to snorkeling goggles. I remained oblivious to the sea of bubbles crowding my space. Likewise, I did not understand that my life was and is a bubble of its own. As I grew older and became more acquainted with the plethora of filmy membranes I live with and within, the essence of my mermaid dream shifted form into a general desire to live in any part of the world without constant distortion of my vision—a dream every bit as unachievable as the last. We all walk through life with the constant presence of bubbles and wearing goggles manufactured by society and experience that, in a lot of cases, the cult of capitalism tells us to routinely update. In moving to Egypt, I left the main hub of the Vassar bubble into a different manifestation of the same concept. Whether swimming and snorkeling in the water off the coast of Dahab or living and attending school in Cairo, I interact with and within copious bubbles and look at the world through clunky goggles. 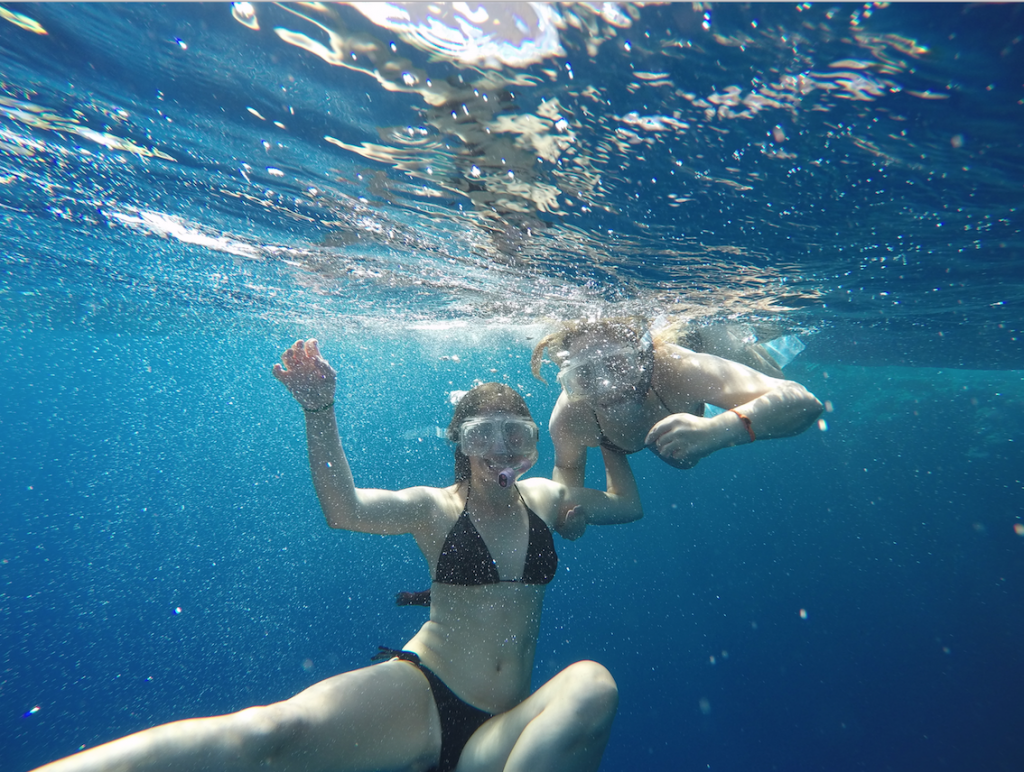 The majority of my time in Cairo has been spent at the American University, which, similar to Vassar, boasts its own AUC-specific bubble. AUC labels itself as one of the foremost elite liberal arts universities of the Middle East, and with a relatively steep tuition, its students consist largely of the upper echelon. As a result, the AUC demographic creates an environment far removed from the average narrative of a Cairo, or Egyptian, resident. As an AUCian on campus I operate within a closed bubble of privilege that impacts classroom discussions and university culture. In my experience, classroom discussions often utilize a foundation of presumed shared experience of relative wealth and comfort. In my labor economics class, while unpacking the youth bulge and flooded public sector’s impact on employment participation rates, my professor invoked a platform that recent graduates hold the ability to live with their parents without earning wages initially. This platform also included the presence of an allowance throughout school that I have also heard people casually discuss outside of class. These may be products of the culture as well as privilege. I am not insinuating that this is the case for every student or that it is specific to AUC, as various practices of wealth and privilege are found in higher education institutions across the world. However, this premise does influence the classroom narratives and the lens with which classes, professors and students examine different topics. Furthermore, the AUC bubble influences the dynamics of university culture. In my admittedly limited experiences at AUC, I have observed sociocultural characteristics that are based on an upper echelon upbringing, such as the pervasive presence of cleaning workers. In the dorms, the housing fee covers a weekly cleaning and laundry service that one residential life director explained to me comes from the household culture of holding maids. While maids are cheaper in Egypt, holding a maid (and often a live-in maid) is a product of wealth or an attempt to resemble it.

Within the overarching AUC bubble, there is a palpable existence of cliques and established groups of people. These groups often share years of friendship between them fortified by attending the same schools throughout their academic careers. These often private or expensive elementary and secondary schools serve as a younger sibling to the AUC bubble. I cannot unpack the consequences of this, but it is definitely a component when contextualizing the university culture and goggles that impact the lenses of some of the students. Within this realm of separate internal bubbles, I interact within the Western study abroad bubble whereby most of my friends at AUC are fellow Western international students. This is in part because of the international orientation and shared experiences, but also could be the internalization of our own relatively shared privileges. I have been experiencing the AUC world and life in Cairo in a similar manner to my friends where, even off-campus, I interact with Cairo in a distant fashion. For example, I live in an ex-patriot and moderately wealthy district with an American roommate who shares experiences akin to my own. While I do try to make small attempts to integrate myself in other spheres, it has thus far been superficial, partly because of time constraints and partly because of its comfort.

Beyond the abstract bubbles at AUC and in my life, there are also physical bubbles that restrict trans-bubble conjoining. On the AUC campus an hour drive from downtown Cairo, there is a system of security prohibiting copious outside visitors, a lack of external police and AUCian arrests, and the presence of luxuries such as sugar when Egypt is experiencing a sugar shortage. Outside of AUC, it is a similar story where the places I eat, study and work have similar comforts and physical distance from other bubbles. Yet, having only lived in Cairo for the past two months, it feels disingenuous to talk with authority on the various characteristics of the abstract and physical bubbles that surround me without acknowledging the fallibility of goggles I wear on my head while analyzing the various inputs. In the future, my analysis is bound to change, yet it will never be as clear as I thought in my childhood that I could experience as a mermaid.