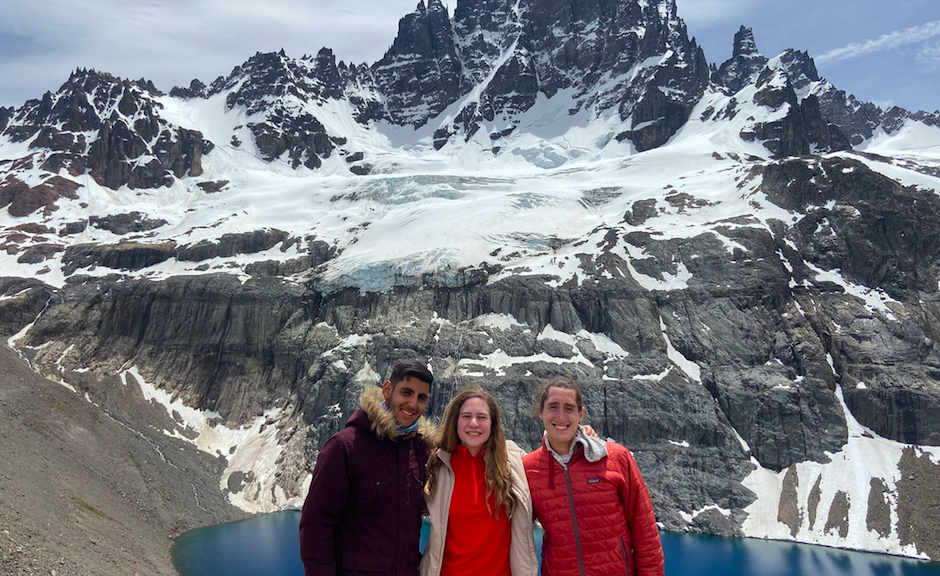 In eight days, I will have lived in Chile for five months. FIVE ENTIRE MONTHS! I think part of what makes living in a different country so special is how quickly the things you believed about yourself can shift. For example, before leaving for Chile, I could not imagine going abroad for an entire year. I had a couple of friends who were, and I respected their decision and was extremely excited for them, but the thought of being away from Vassar for so long felt impossible. College is only four years… why sacrifice an entire year of that experience when there are so many ways to travel post-graduation? What would I miss while away for so long? How would I finish pre-med and major requirements? How would I survive for so long without the intense structure of academia that has guided the majority of my life?

Now that I have almost completed my study abroad experience, it is effortless to think about staying for the whole year. Surprisingly, it is hard to imagine how difficult the transition home will be when I leave. When I leave, come January 1, I will be sobbing when I have to say goodbye to my host family, to my Chilean friends, and to Omar and his family. I am extremely grateful not only that in such little time, I have developed the kinds of special relationships here that I wanted, but also that I’ll have my mom by my side throughout the entire process—perhaps not understanding the individual Spanish words spoken but understanding perfectly the mixture of sadness and gratitude. She will be coming to Chile on December 24 to spend the holidays with me and the people I love most here.

I think perhaps to give me a break for how difficult many aspects of the past two months of civil unrest have been, the universe has rewarded me with one of the most beautiful months of my life.

To start, in hopes to show our appreciation, me and five of my program friends organized a Chilean Thanksgiving for our incredible host families, where each one of us cooked a traditional dish. I am talking the whole nine yards: an entire turkey, stuffing, mashed potatoes, my homemade mac n’ cheese (for the price in Chile, you would think cheddar cheese is a delicacy), and oh-so-many delicious pies. We hosted the event in a local park and some 40 invitees came! It was an afternoon of food, sunshine, meeting the people who had been featured in each other’s stories, frisbee, and heart-shattering bliss. One of my friends made a point to acknowledge the problematic history of the holiday and it led to some really incredible conversations. The fact that the pecan pie was so popular was also validating, considering we could not find deshelled nuts and had to crack open and clean some 200 pecans for our pies.

In terms of my internship, though my family health center was on strike for the majority of the unrest, I have made great progress on my protocol that allows people who qualify for the three circumstances where abortion is now legal—to save the mother’s life, fetal diseases incompatible with life, and sexual assault—to be cared for and transported to a higher level of care. I had a really difficult time getting started (have I ever written a protocol? how about in Spanish???) but after hours of research and some tough love from my mom, I began to write. In the past week, I’ve had several meetings to collect feedback and am hoping to get a solid protocol turned in before I leave. If the higher-ups like it, there is a good chance it will be implemented in all the other family health centers in the region!

Partially because of the fact that I am working on said protocol, I have landed a summer internship with my hero(!), reproductive health services accessibility champion, Dr. Rebecca Gomperts. Dr. Gomperts is the founder of Women on Waves, an organization that visits nations with restrictive abortion laws and sails individuals in need into international waters, where abortions and other health services are legal. What started with a cold email detailing my experiences related to reproductive rights/justice and ways I would like to contribute to her work eventually led to her inviting me to intern with her organization in Amsterdam this summer. Just typing that makes me giddy.

Just a few days ago, I returned from a weeklong trip to the Patagonia (I know I know) with Omar, in addition to two program friends who joined us for parts of the trip. Not only did I complete the hardest hike of my life summitting Cerro Castillo to see the Laguna Verde (14 km round trip of which 5 of those km were up the side of a steep mountain with a path of slippery stones and snow patches), but I stole a man’s nuts! I really do feel terrible about it. While hitchhiking with Omar and Benji, our driver, who I am convinced is the nicest man in the Patagonia, offered us a bag of walnuts and dates. We ate a couple but insisted he keep them for his long drive. When he dropped us off, seconds after he pulled away, we realized his nuts were accidentally packed in one of our bags.

I want to close my last post by sharing some of the things that I love and will miss:

Yes, I know this post is long, but here’s a few more things/moments that make my corazón feliz: