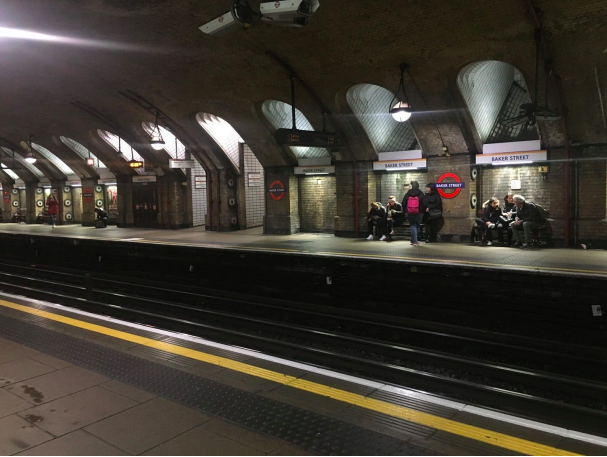 Howdy and welcome to the final episode of “girl finds herself in another country but still finds plenty of things to complain about.” For my final weeks here in Dublin I decided to launch myself out of one European country to another and see if I could maybe shake things up a little bit. I ended up in Camden Town, a part of London near its center.

Now, the first thing you learn when you move to Dublin is you either walk the speed of a slow jog or you don’t get to walk at all. In London, you either walk at the pace of a very, very elderly person or not at all. Unsurprisingly, however, the exception to this rule lies in the absolute madman speed I’ve seen when fellow Londoners politely nudge each other within an inch of their lives while trying to get out of the rain in a club line (if you’re super unlucky someone will crack your dome with bat wings and make your cat ears fall off.) This London club culture, in its entirety, can be summarized as standing in the rain dressed as a “cat” while flanked by another “cat,” a pirate, and three Edward Cullen’s that are all chain smoking.

Have you ever been to a rave store? I hadn’t, but that sure changed real fast. Upon first inspection the place looked like Disneyland, but the entirety of the gigantic warehouse inside was an acid trip even if you were stone-cold sober and it was the middle of a Thursday morning. I was THIS close to buying a snapback with a customizable LCD monitor, but I sadly could not convince myself of the seemingly obvious practicality of it. This also may make Dublin clubs seem very sad in comparison, but the DJ at the rave store slapped harder than literally any DJ in the entirety of Dublin.

It’s all fun and games until you come down with a horrible case of the flu from standing dressed EXTREMELY not weather-appropriate in the rain in line to get into a club. Was it worth it? I don’t want to ask myself that question because I know deep, deep down the answer is most likely no. You try to put out with the old Vassar tradition of “drag your sickly and diseased body to class and shut up about it until it goes away,” but sadly, with the flu, that doesn’t exactly translate when you need to walk a mile to class (Trinity College, probably out of fear of contamination, literally barred me from campus until I was well again anyways).

It was probably a smart decision, however, because with a high-grade fever I had a strange sense of depth perception and crossing a lot of very busy streets might have not been the best of ideas. I am still sick in Dublin, so if anyone has suggestions to heal yourself from a soul-crushing flu within two days that would be very much appreciated.