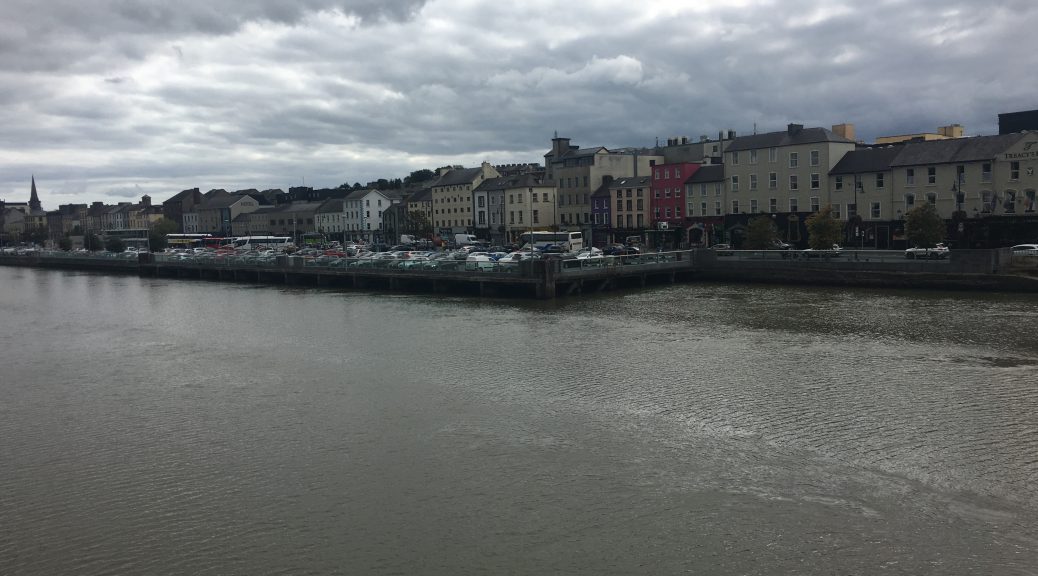 Hello from Dublin! If New York is called the “city that never sleeps,” Dublin should be called the “city that goes to sleep promptly around 1 a.m.,” excluding the pub scene. While most of the city goes extremely quiet around the 1 a.m. / 2 a.m. mark, pubs are packed no matter what the day is. Speaking of, the pub scene here is one of the first things I noticed. The drink of choice is, understandably, beer. Now, if you think beer just tastes like semi-exciting wheat soda like me, I have to say we’re both out of luck. It’s most likely due to my cocktail-drinking ignorance, but the first and last time I asked for a cosmo at a pub, the bartender answered very matter-of-factly that they didn’t ​do ​cocktails here, then proceeded to ask if I was going to finish the pint I ordered and if I wanted a half-pint in its place. (In my defense, I really thought I was going to finish it. In his defense, I didn’t even get close.) Catch me at PYG’s, one of the only cocktail-serving bars in town, downing margaritas from here on out.

If you ever get the chance to somehow, I totally recommend joining the Dublin botany club, specifically for their mushroom gathering outing. At first, I wasn’t sure how I felt about the prospect of walking around in the woods looking for fungus, but I got on board anyways. The trip began normally enough, and as I was walking through some extremely tall grass patches I came across the cutest little mushroom peeking out from some stick piles. I was so excited to bring my precious little guy to the professor for its ID, but when I handed it to him he started laughing and proceeded to ask where I had found it.

Judging by my face he could guess I was confused, so he proceeded to say that what I had found was a rare and illegal shroom they often dry out to make LSD. I, by some extremely minute chance, went on this wholesome and cute mushroom picking trip and had managed to find the only psychedelic shroom in the entire area. And yes, I really wanted to eat it and see what happened, but I decided not to because hopping on the Dublin bus right after probably isn’t advisable (shrooms probably don’t work that way anyway). It was cute though, so I kept it. Also, if you ever find yourself in an area where honey mushrooms grow, they’re edible but for the love of God don’t eat them. They have the worst acidic aftertaste you’ll ever experience in your life, and you’ll have to use your poor friend’s day-old water as a chaser.

Foraging for mushrooms aside, and for reasons unbeknownst to even to me, I decided the best thing to do to commemorate being in Dublin was to get three tattoos in the span of three weeks. I might add that I only thought about what I was getting about 40 minutes before each appointment. In my humble opinion, those are the best kinds of tattoos.

Three weeks after arriving, I now have the Sims 3 Plumbob on my wrist, a pixelated bee on my ribcage, and an orchid across my collarbone. Why, you may ask? My reasons for these permanent additions were: I like the Sims, I didn’t want a basic bee tattoo so my solution was to make it square, and flowers are pretty. And now they’re on my body forever (I also now have a cool party trick available to me where I can hold my hand above my head and say “Za Woka Genava,” a classic Sims line). What cruel irony it would be that if in the future I wasn’t considered for a job because I thought it’d be funny to get a Sims 3 tattoo in Dublin when I was 20 years old.