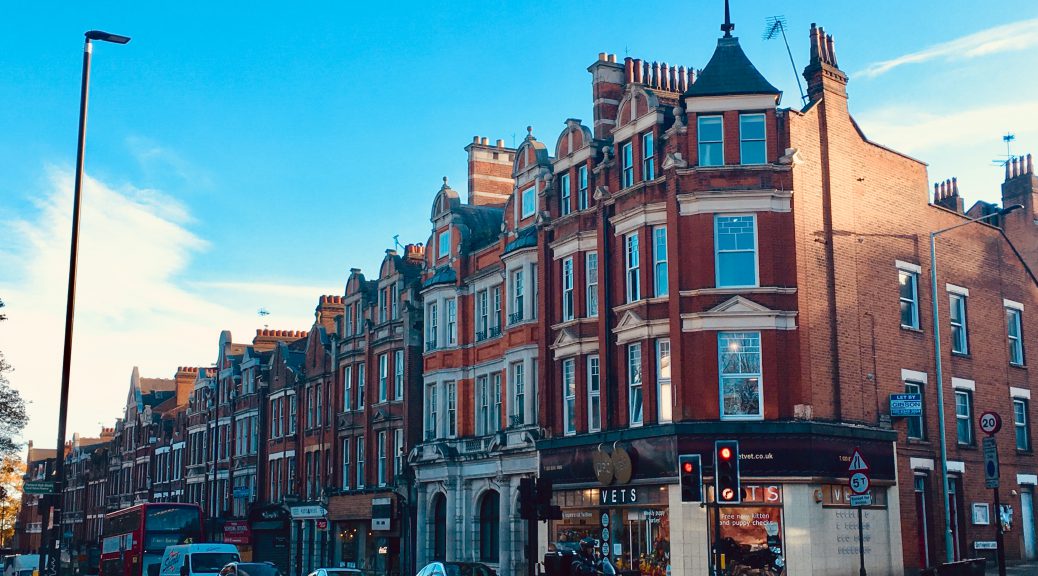 I’ve never been happier that I decided to spend an entire year abroad than I am right now, in the middle of writing final essays, with two days left before I fly 6,000 miles home to California for winter break. I arrived in London exactly three months ago today, and while I can’t wait to spend a few weeks with my family and our pets, I’m nowhere near ready to leave London for good. Fortunately, since UK universities operate on a trimester system, my year abroad is really only one-third over.

When I decided to study in the UK, a friend from high school who spent a semester in South Africa teased me about choosing a country that’s not, shall we say, “exotic.” I can see his point, and lately I am finding myself wanting to travel to locales that present a much starker contrast to life in the U.S. than England does. Still, choosing to live in London for a year was a no-brainer for me. My mom went to university here and raised me to be an unapologetic Anglophile (she now jokingly laments the fact that she didn’t bring me up to call her “Mummy”). London has always been one of the great urban loves of my life—along with my birthplace, New York City, and the city I grew up in, Oakland, California.

London is not quite my home; I’m not sure anywhere but Oakland will ever really be. But almost  immediately after I arrived, I felt—in a way I never have felt about Poughkeepsie—that I actually lived here and wasn’t simply visiting. That’s partly because I live in an actual flat, in a real community, rather than a dorm on a small, somewhat isolated campus, and have to do semi-adult things here like shop for groceries and pay utilities bills. But it’s also because I’ve come to terms this semester with the fact that, though I do love nature, I am very much a city girl. I didn’t fully realize until I got here how much I was missing the life and vibrancy of a metropolis when I was at Vassar.

That’s not to say that I haven’t experienced any culture shock. I’m often asked by British friends and friends-of-friends what the biggest difference is between the U.S. and the UK, to which I always respond that there aren’t many huge differences, but there are about a million small ones. I’ve texted my mom more times than I’d like to admit with questions like, “Why on earth do they say, ‘I’m sat,’ instead of, ‘I’m sitting?’ That just sounds wrong.” My English flatmates and I have frequently started conversations about some cultural touchstone from our childhoods only to realize that the other person has no idea what we’re talking about. Certain foods are one of the main things I miss about the U.S.; they sell macaroni and cheese in a can here, and popcorn at the cinema (and it’s always “cinema,” never “movie theater”) doesn’t come with butter. Still, the abundance of amazing, cheap curries and kebabs available on nearly every corner almost makes up for that.

I’ve felt, at times, very distant from both British and American current events. Unless there’s another referendum, I’ll be living here through Brexit, which, as of this writing—though, honestly, who knows at this point—is supposed to take effect in late March. But despite my attempts to read up on the subject, I’m still not entirely clear on what that will mean for the UK and how it might affect my daily life here. There are intricacies to British politics and the European Union that, as an outsider, would likely take me years to fully understand. Similarly, American news feels very far away—almost like it’s happening to someone else’s country. The results of the midterm elections were called in the middle of the night for me, and
though I dutifully filled out my absentee ballot, the whole thing felt a little unreal here. And while my parents texted me pictures when the recent wildfires in California made the Bay Area’s air soupy and toxic with smoke, it wasn’t something I could fully comprehend from across an ocean.

Fortunately, the British university system hasn’t been the most different or confusing aspect of my move, which I feared it might be. I’m spending the year at University College London (UCL), a huge research university that reminds me of a combination of NYU and UC Berkeley. While most British students only study one subject for their entire three (not four) years at “uni,” as a visiting student, I’m allowed to take half of my classes outside my Sociology major. I’ve just finished two Sociology courses on social inequality and mobility and public health, a podcasting production class, and an Egyptology course taught at the British Museum, which is right next to UCL’s campus. In the spring, I’ll be enrolled in courses on the sociology of London, the sociology of gender, international journalism, and a film class on superhero movies (I’m not sure how much there will really be to analyze there, but it sounds fun). Despite UCL’s size—about 40,000 students—the social sciences department is quite small and all my classes have been approximately Vassar-sized.

Since I wanted to immerse myself in London as much as possible, I decided to forego the UCL dorms and live off campus. I’m living with two other students in a tiny flat in Hoxton, a neighborhood in the formerly gritty, now trendy East End. Having grown up in a rapidly gentrifying city, I was a bit nervous before moving that Hoxton would be overrun with hipsters and would lack any real character. Thankfully, while I’m sure the area has changed significantly in recent decades, the part of the neighborhood I live in is much more low-key and down-to-earth than the nearby Shoreditch, which is pretty much London’s current Hipster Ground Zero.

I’m lucky enough to have class only a few days a week, so when I’m not traveling (around England and to Scotland, Ireland, Wales, and Portugal so far), I’ve been spending the majority of my time wandering around the city. I’ve found several favorite places that I return to often (Hampstead Heath, Regent’s Canal, the Chelsea Physic Garden, Brick Lane, the Rio Cinema, and the Columbia Road flower market). But I’m also trying to explore as many neighborhoods as I can during my time here. So far, I vastly prefer North and East London (which are essentially London’s Brooklyn) to the touristy city center, but I still have much of the city’s south and west neighborhoods to wander. My possibly unachievable goal by the time I go home is to know London as well as most locals. I’m sure by that time, in early June, I’ll feel nearly as unprepared to leave as I would now, but writing this post from the British Museum after my last Egyptology class, I’m just grateful that I have six more months in this incredible city.