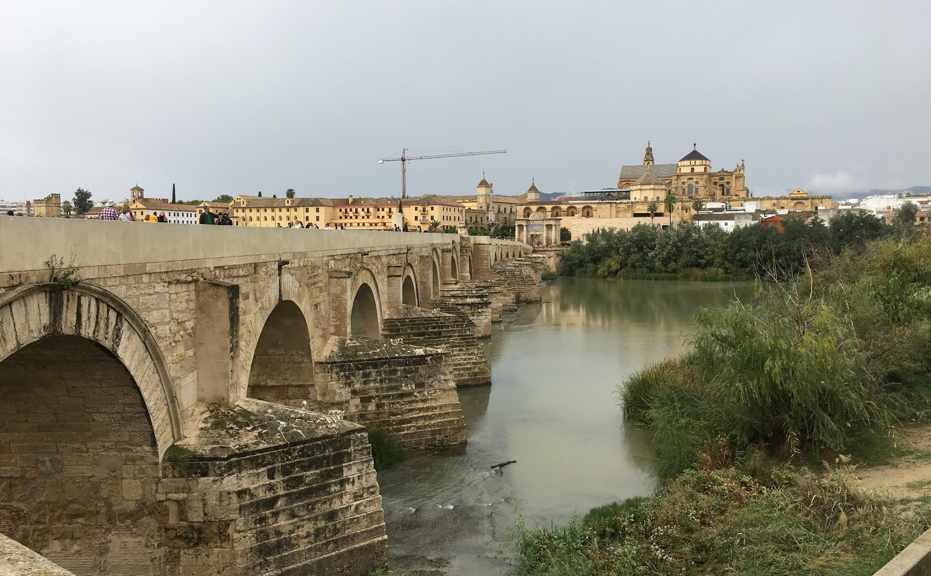 As October has turned into November, Madrid has adopted another mood for me. There is quite a long summer here that extends well into September, but fall does not last for more than a few weeks. The leaves do change colors, even beautifully in some parks and in the suburbs, but the season transitions all too quickly into what I like to call “pre-winter.” “Pre-winter” hovers around 55 degrees Fahrenheit (and no, after several months here I still do not know Celcius, though at least now I will admit it makes more sense math-wise), rains often, and keeps things cloudy and windy most days. Sunset has also been creeping up earlier and earlier, though not nearly as early as in other parts of Europe – I’m looking at you, Norway. But Madrid’s saving grace for this time of year is how well lit the city is once the sun goes down. I don’t know if this is some city ordinance or just a thoughtful aspect of Spanish culture, but so many of Madrid’s loveliest and best designed buildings, everything from banks to hotels to bookstores, are superbly lit by spotlights and streetlights to show off their splendor at all hours of the day. At least for me, this effort does not go unappreciated.

The change in seasons has affected some other parts of Madrid life as well. Street culture is much less prominent now, with fewer outdoor cafes and bars with open floor-to-ceiling windows. Outdoor seating at night pretty much requires having a heater or two, which skews outdoor eating options to more expensive places and relegates where one can grab an outdoor drink after dark to pricier neighborhoods. Of course, there is no shortage of indoor drinking locations in Madrid (how else does one survive the cold months?), but I have definitely noticed a shift in who, where, and for how long people spend time on the streets. Hot coffee later in the day makes a little more sense now than it did before, though for many Spaniards, iced coffee even in the summer is uncommon. Certain summer food staples like gazpacho have been replaced with heartier stews from up in Asturias and even the occasional pumpkin-related sopa. And while it would feel odd for me to order a tinto de verano well into November, it does not seem like any of the locals here would balk at such an order.

Thankfully, to break up a little bit of Madrid’s monotony, the Vassar-Wesleyan program scheduled two weekend trips in the past month. The first was to Seville and Córdoba, two of Madrid’s oldest cities in southern Andalusia. I had been to both briefly two summers ago, so it was nice to already have some sense of familiarity with them when we got there. The weather left plenty to be desired (thanks again, “pre-winter”), but neither city was too big to make getting around while staying mostly dry impossible. Both cities, though Córdoba especially, have a rich history of Muslim, Jewish, and Christian occupancies that continue to present themselves in art, architecture, and food. Aside from Jerusalem itself, the south of Spain is probably the most valuable place for seeing the intersections of these three cultures across over two thousand years of history.

Our second group trip, this time to Valencia, a city on the Mediterranean coast a bit further up towards Barcelona, also featured plenty of historical value, but with an unexpected modern twist. The old city of Valencia has plenty of Gothic and Renaissance churches and municipal buildings, but the highlight of the city (and perhaps my entire time so far in Spain) was Valencia’s “City of Arts and Sciences”: a massive, futuristic-looking plaza of museums, park space, gardens, theaters, an opera house, and Europe’s largest aquarium. The whole complex honestly looks like something out of Guardians of the Galaxy, about as far removed from the earthy brick tones of the old city’s markets and cafes. And while I know I harped on the downsides of earlier sunsets just a little while ago, few things can beat some of the most colorful twilights I have ever seen streaming over the hills and plains that surround the urban area of Madrid.