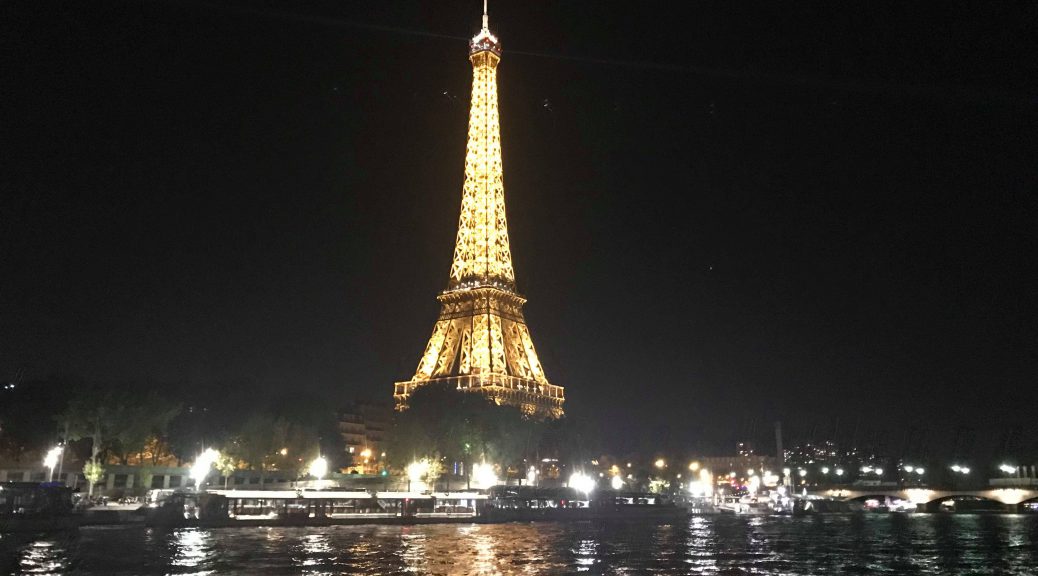 Featured image: The Eiffel Tower at night, a few weeks ago

Sometimes it’s hard for me to believe just how quickly my semester abroad is going. Between four classes, an internship, and exploring the city, time does not slow down unless you force it to. These pauses normally happen during a way-too-late-night conversation with a friend or when I have a moment to sit on a quiet park bench and journal. This also happened a few weeks ago when I realized that I had to fly home to the United States for a family emergency. Though I wouldn’t have done anything else, getting on that plane was probably the most difficult part of my semester. At that point, I had finally found my footing in an unfamiliar city halfway across the world, speaking a strange language and realizing significant bonds with new people—and I was going home. I felt lost, to say the least.

Some time later, and I’m back to my normal routine in Paris. Although I’m still reconciling with the cultural whiplash and emotional toll of that brief trip home, I’ve come to appreciate my host family, my classes, my friends, and the language more than ever. The whole experience has given me insight that I don’t think I ever would have had otherwise.

Beforehand, my goals for my time abroad were somewhat muffled and lost in the excitement and newness of everything around me. Forced to entirely redirect my attention, however, I realized that nearly two months of my semester had already flown by and I still had no clear objectives. Now, I want to cherish the time remaining by speaking as much French as possible, exploring the city more independently, and trying as many new things as I possibly can. I’ve honored my newfound goals thus far by going on two day-long excursions to the cities of Rouen and Lille, giving a 20-minute presentation in one of my classes (all in French, thank you very much), and renting a bike for an afternoon to ride along the Seine. I also still engage in my favorite pastimes of discovering new parks, periodically winding through the aisles of Monoprix to look at the clothes, and of course, riding the aboveground metro during off-peak hours.

The changing season has been a source of energy and motivation for me, too—though it’s been oddly warm in the last week, the fall foliage is in full swing. These days, you can’t wear much more than a t-shirt, but it’s encouraging to see Parisians sporting full winter jackets and wool scarves anyway. Sometimes, I even cross the street if I see that there are more crunchy leaves to be stepped on.

Apart from my efforts to break out of my comfort zone and the arrival of fall, I’ve also found that my language skills have been steadily (and slowly) improving. I realized that I can explain situations and ask questions in a fairly complex way without formulating my words beforehand—this, to me, seems like a pretty big deal. Also, I recently went to see a movie in a theater for a class assignment. I sat down with the expectation that I wouldn’t understand a thing, and left with a rather clear sense of everything that had just happened. While I sometimes still struggle, I am getting better!

All in all, although the last few weeks have not been the easiest, I’ve never been more excited for what’s to come. Studying abroad is no piece of cake, but if you want it to be, it can be incredibly fulfilling. Here’s to another month.