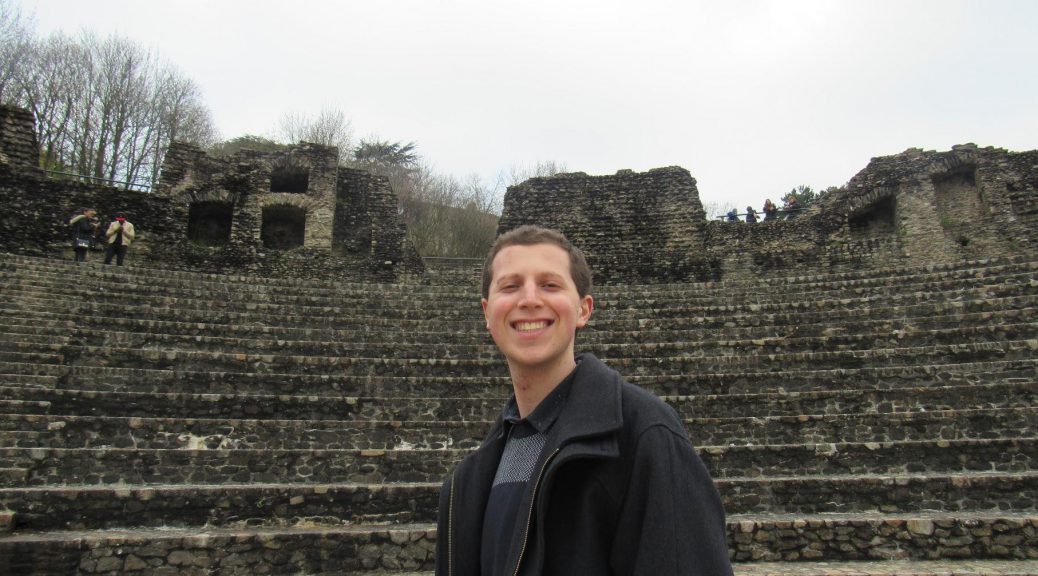 Recently, while walking back to their apartment from the metro after a dinner out with my host parents, my host mom asked me if I remembered walking home with them my very first night in Paris after they took me on the metro route I’d need to get to school the next day. I said I did, fondly, but that it was so strange that that had been nearly three months ago. My host parents and I agreed, wondering at how familiar we had all become with one another—and, for me, how familiar Paris and life here had become—in such a short time.

Time has been a recurring theme as I’ve been reflecting on my experience abroad, maybe because it’s running woefully short as I count down the weeks—sigh—before I go back to the U.S.

For one thing, the organization of my weeks has been drastically different than at school, where days are packed with multiple classes, fairly regular mealtimes, cyclical Miscellany News duties and, inevitably, homework. In France, a weekly schedule has undoudbtedly taken shape over the course of the semester. However, the week between when each class meets can feel like a yawning gulf, later and more leisurely meals mean I can’t save all my homework for after dinner, and splitting my week neatly—first-half in class, second-half at my internship—means completely changing modes come Wednesday night.

I certainly can’t complain about ample time between classes, long vacations or abundant mealtimes, but the make-up of my days has been constant in that it is rarely ever the same. Routine, often a comfort at home, is something I’ve had to learn to let go of a little bit, and I’m glad the battle between spontaneity and my homebody/introvert side has been calming down. Though I’m not musical at all, I prize rhythm in many things I do, from writing to studying to generally living my life, which often makes me think of the French idiom, On ne peut pas aller plus vite que la musique. “You can’t go faster than the music.” Study abroad, I think, comes at an interesting time in life, and I’m grateful that my time here has taught me a lot about the pacing and rhythm of day-to-day life.

Another thing I’ve remarked on is how much less linearly I think while in France. In the U.S., I’m naturally often thinking about what my next days, weeks, months, etc., will bring, planning ahead so they work out as best as they can. While in France, however, more freedom means more time to explore, and the city is so filled with monuments that every corner is like a flashback. The routine of going to class and eating with my host family is, of course, not filled with historical surprises left and right, but then I’ll walk into the Louvre or see a converted royal residence or read one of the innumerable plaques around the city and be plunged into this or that era—from Roman theaters in Lyon, to Louis XIII’s Luxembourg Palace right near my school, to Baron Haussmann’s immaculate imperial urban planning, to Holocaust memorials in the Marais, the historic Jewish neighborhood of Paris and one of the oldest as well. I’ve realized that I’m rarely ripped from modernity in the U.S. as much as I have been while abroad. The result is, I think, that history has felt much more immediate in Europe because of its ubiquity; time becomes compressed though its reach here is much longer.

Speaking French, too, compresses time in my head in interesting ways. After digging hurriedly through my memory for a word or phrase, when—no, let’s be honest, if—I remember it, I can often locate where and why I learned it in the first place. For example, enqûete, survey, comes from an episode of this pedagogical series I’d watch with my first French teacher; tricoter, to knit, from a novel’s description of a boy’s stuffed animal’s knitted sweater; and se fréquenter, to socialize or see one another, from a translation project I did in a Vassar French course. So in this way, speaking, generally a linear pursuit in English, becomes more of an amalgamated mass of past instances that I attempt to carefully construct, all in an effort to simply move a conversation forward or decode a sentence thrown my way.

Plenty of other time-related occurrences, from running for trains to mastering the 24-hour clock to calculating nine-hour time differences to call my parents, have made the subject a recurring factor in my study abroad experience. Even now, as I write this post, I’m sitting in my parents’ Airbnb as they visit during my spring break, reminiscing how I visited Paris with my brother and mom nearly 10 years ago and forming new memories with my dad whose first time it is on the European mainland.

I’m sure time will compress even more as spring break comes to a close and I struggle to fit in every museum, day trip, pastry, recommendation and outing I can before I leave France. I know I won’t be able to do it all (you’ll just have to come back! many people tell me), but I’m comforted knowing that whatever I do manage to accomplish during my time here is creating a lifetime of madeleines de Proust—an expression I’m fond of—that will trigger my memory and bring me right back to Paris, time and time again.