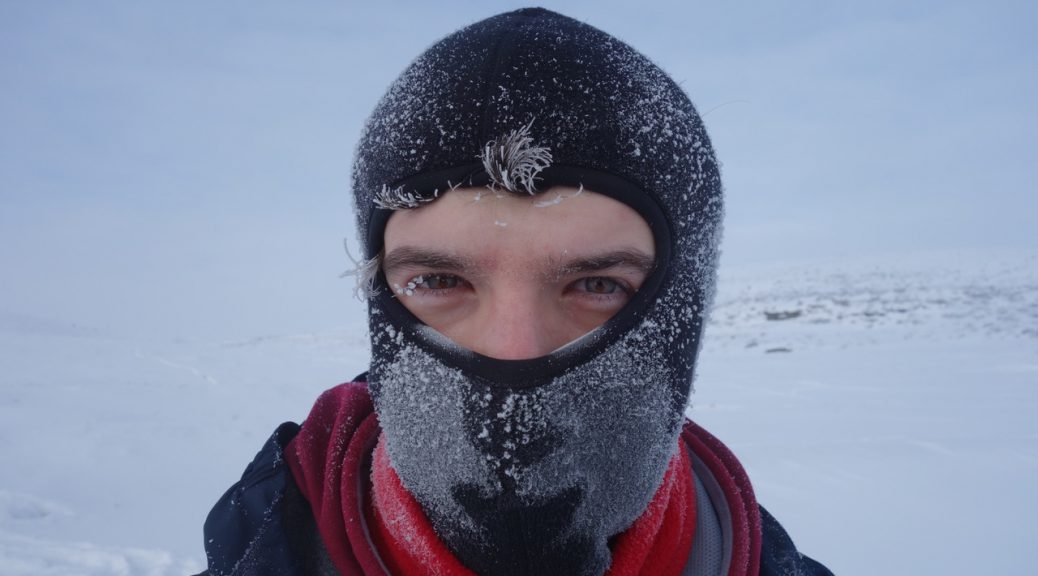 Okay, I take back what I said about Danmark being cold. Danmark is not cold. Danmark is actually quite warm. You know what’s cold? Grønland (Greenland). Specifically inland Grønland. Even more specifically, Kangerlussuaq, Grønland. Grønland is technically part of the Danish Kingdom, so I guess Danmark could still be considered cold; most Danes will claim that Grønland is still part of Danmark, but most Greenlanders would say otherwise—more on that later. I can’t put into words how breathtaking (is that a pun?) Grønland is. However, I can say with relative certainty that it is one of the few places where frosted tips are in style.

For context, our semester at DIS has two separate weeks dedicated to study-tours for classes: one in early March, and one in late April. As part of my paleoclimatology course with DIS, we have a week-long study tour to Kangerlussuaq, Grønland to study ice and the arctic climate. Since Grønland is predominantly accessible by airplane, we took one of the only flights from København to Kangerlussuaq—there are only four a week—which is the main airport in Grønland. There is a certain hypocrisy when doing climatic research in Grønland; climate scientists have to take carbon-heavy means of transportation in order to get to the Grøland icecap to study the effects of increased carbon emissions on said icecap. There are boats to Grønland, but usually only in the warmer seasons. In that regard, traveling to Grønland is an immense privilege.

Kangerlussuaq itself was not a permanently settled area before the airport was built. Prior to the Cold War, Kangerlussuaq was a seasonal hunting village for the indigenous Greenlanders. However, due to Grønland’s strategic geographic location, the United States built a series of bases on the island. Kangerlussuaq was chosen to be the main hub of air traffic to Grønland due to its location inland, as it has a relatively stable climate when compared to Nuuk and coastal Grønland. Since establishment of the airport, Kangerlussuaq has a year-round population of 500 people. However, due to its inland location, Kangerlussuaq often experiences much colder temperatures than most inhabited places in Grønland. These colder temperatures cause the fjord to freeze over in the winter and cause snow to stay on the ground for long periods of time:

One of the benefits of a frozen fjord, however, is being able to go dogsledding on it, which is exactly what my classmates and I did on our first full day in Kangerlussuaq. Since Kangerlussuaq is north of the Arctic Circle, Greenlandic sled dogs are used for dogsledding. Greenlandic sled dogs are only able to live above the Arctic Circle, and are fairly rowdy dogs. We were not allowed to pet the dogs, as they have a tendency to fight amongst themselves—even while pulling a sled. Regardless, they’re incredible animals, and can hold a fast pace for hours on the fjord. Dogsledding is physically demanding of both the dogs and the driver. Sometimes the dogs get off track, and the driver has to jump off the sled and run ahead of the dogs to direct them. I’ll leave them unnamed, but when my classmates and I tried to direct the dogs this way under the guidance of our driver, several of us may have face-planted in the process. (Surprisingly, not me, given my previous post. That’s character growth, folks.)

Kangerlussuaq is a unique place not only due to its prime location for an airstrip, but also its accessibility to the Grønland Ice Cap. A single road—the longest continuous road in Grønland—connects Kangerlussuaq to the ice cap. Along the road, numerous lakes and ice walls are visible; some can be approached by vehicle if you’re willing to experience some terrifying, yet thrilling off-roading in a tour bus that’s the equivalent of a jacked-up jeep. The Grønland Ice Cap is a thick layer of ice covers over 80% of Grønland, and is the site of study for numerous climate scientists studying paleoclimatology, or Earth’s past climates. Researchers drill into the ice—sometimes for thousands of meters—and take ice core samples that are then analyzed in a lab to determine the climate thousands of years ago. Though no ice cores have been taken on the ice cap near Kangerlussuaq in recent history, the ice cap itself is a breathtaking landscape. Because of good weather—a balmy -20 °C and little wind—my classmates and I were able to hike up to one of the ice walls, and then onto the icecap itself, while wearing spikes on our boots so that we didn’t slip. On the icecap, there is a decent chance that one may fall into a crevasse if one’s not careful. We had an experienced guide ahead of us, and we weren’t tethered together, so I guess the guide was the sacrificial lamb if something went wrong? Luckily—or unluckily, if you don’t like me but are for some reason reading this—no one fell in.

At the end of our tour, we were invited to a Kaffemilk by a local Greenlandic family. Essentially, a kaffemilk is a multi-hour celebration of someone’s birthday at their home in which the whole town is invited for coffee and assorted desserts. Kaffemilks owe to Greenlandic tradition; since Greenlandic villages are usually small, there is a strong sense of community, which is upheld by communal traditions like kaffemilks. Unfortunately with the Danish colonial oppression of Greenland, traditional Greenlandic cultural practices, including kaffemilks and other norms, namely seal-hunting, were weakened over time. To this day, Danish colonialism is ongoing in Greenland. Though Greenland has a large amount of autonomy, it is still tethered to Danmark in terms of economics and foreign affairs.

Currently, there is a debate among Danes over Danmark’s colonial history. Primarily, Danmark has not really acknowledged its colonial history or its ongoing colonialism; in fact, the first exhibition ever on the subject recently opened in the National Museum in Købnehavn. At its height, the Kingdom of Danmark had control over Norway, Southern Sweden, Grønland, Iceland, the Faroe Islands, the Danish Virgin Islands (now the U.S. Virgin Islands), a city in Ghana, and two cities in India. Presently, Danmark still controls Grønland and the Faroe Islands. Prominent narratives in Danmark that do address colonialism often try and downplay the heinous history of the country, usually claiming that Danmark’s North Atlantic colonialism is/was “not as bad” as French or British colonialism. Given the recent rise of the far-right Danish People’s Party, these narratives usually coincide with incredibly racist messages against refugees and/or messages promoting the “preservation of Danishness” (read: white, “true” Danes). In spite of this, there is observable progress towards acknowledging Danmark’s colonial past among Danes. Recent Danish political videos reference Danmark’s sale of the Danish Virgin Islands to the U.S. Though the topic of reparations did not come up, he acknowledged that Danmark is still responsible for the Virgin Islands’ ongoing colonial oppression, even though the islands were sold over a century ago.

Danmark has cold feet when it comes to acknowledging its past and present colonialism. It may not be a good thing to see Grønland warming, but it’s good to see that Danes are slowly warming up to the idea of taking responsibility for their colonialism and acting on it.