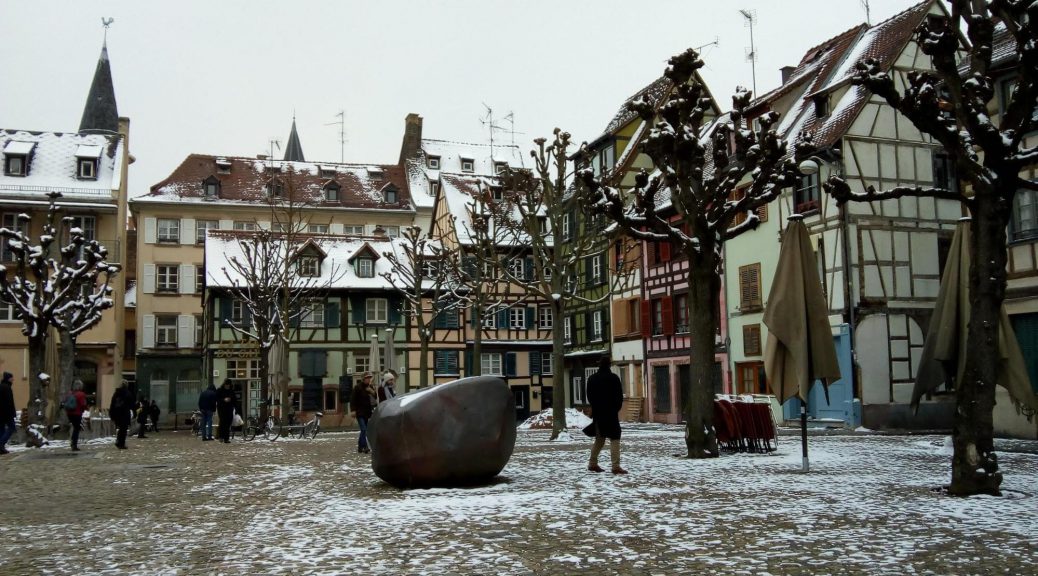 Ah, French. The language of poets, the mots justes of Flaubert and Camus, evocative of ballet, theatre, cuisine, art—and, it often feels, the construction of a madman. Though grammar, syntax and conjugation are by this point full-on hobbies of mine (I take Ancient Greek back at Vassar, if that’s any indication), French’s contradictory rules and endless exceptions are a world unto themselves. Getting a proper sentence out is generally so delicate an operation that I feel like one of those plate spinners, running around in my head trying to keep conjugation afloat, pronunciation level, formal vs. informal upright and—of course—the absolute ruse of “fluency” and comfort in my second tongue a-whirling.

I didn’t at all plan on taking up a sport while abroad, but the balancing act that is attempting to speak and understand French gets my heart rate up—and fight-or-flight instinct on alert—on a near-daily basis. Since pretty much all of my interactions with the language have been rife with semi-humiliation, I thought I’d put together a list of just some of the funny, sad or reflective moments I’ve had thus far while trying—emphasis on trying—to speak and understand French.

More than any physical journey I’ve undertaken while abroad, navigating the terrain of the French language has possibly been my most arduous. I still love French, but my relationship with it is evolving. Some days I feel on top of the world for understanding a pun in a metro ad or recognizing an obscure grammatical construction, but often the next day I’m sunken back down to earth when a waiter tells me something in a noisy café and I’m left dumbstruck. True to character, French—especially spoken French—has remained as elusive as ever, but at least my frustrations with it have become more and more complex (okay, yes, I should remember the word for light, but we all have off days). I look forward to continue wrestling with this beautiful and ridiculous, charming and infuriating language and am saddened to think I won’t be surrounded by it in a month and a half. Eh bien. Au revoir for now!