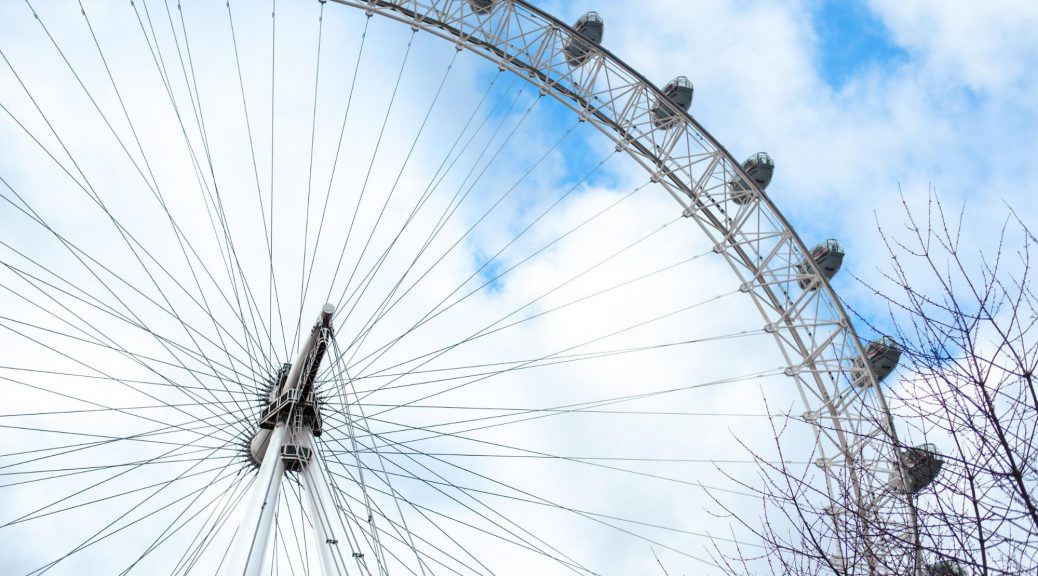 I can’t say when I made the switch from counting the number of days and weeks I had been in London to counting down the number of weeks and days I had left, but last week, I woke up March 14 to the realisation that the one-month countdown had already started. Honestly, the thought didn’t sit well with me. How long had I been taking for granted living in one of the most remarkable cities in the world without partaking in all the exciting things the city had to offer? Why had I not been more actively making the most out of my JYA experience? If my goal was to end my studies abroad with no regrets, was I on my way to inadvertently forging numerous regrets?

It took me a few days to realise that there is no prescribed JYA experience that my experiences should resemble. Whatever it is that I get out of my experiences in London will be my JYA experience, and that that in itself is good enough. By concentrating on everything I was perceiving myself to be missing out on, I was neglecting to appreciate everything I have had the fortune to experience. So I decided to create a list of five experiences from the past few weeks that I will bring back with me as happy stories to share. They need not be grand or exciting, but moments that truly made me happy.

5, At the beginning of the month, I attended the Seven College Conference tea at the Queen’s Club, open to JYA students in the UK from Vassar, Wellesley, Smith, Mount Holyoke, Harvard, Bryn Mawr, and Barnard. We all dressed up in “smart casual” attire, had traditional British afternoon tea, complete with scones, clotted cream and jam, sandwiches, and sweet pastries, and chatted with other JYA students in a venue I will likely never be in a financial position to be able to enter on my own. Fancy afternoon tea sponsored by generous alumni in a fancy place? What’s not to like?
4, Two weeks ago, I went with a few friends to the Cereal Killer Cafe in Shoreditch. It is perhaps one of the most extra places I have ever been to, in which customers are sold (overpriced) assortments of cereals and poptarts in a brightly colored, quirky, cereal-themed cafe. The cafe apparently features over a hundred varieties of breakfast cereals, a ridiculous number of toppings, and even more flavors of milk. Despite knowing that I was probably definitely overpaying, I happily forked over money to enjoy my chocolate hippo maltshake, featuring Krave, Kinder Happy Hippos, whipped cream, and chocolate sauce—all things that make life worth living. For the experience, I think it was worth it. For the chocolate, I’d do it again.
3, In honor of International Women’s Day (March 8th), I bought tickets to an art gallery that weekend celebrating women, entitled “Nasty Women: Empowerment.” Going to that gallery in support of international feminist artists raising money for the campaign End Violence Against Women was perhaps the best way to celebrate International Women’s Day. Bonus points for getting to see incredible, witty artwork. One of my favorites was a sculpture titled “Fragile Male Ego Coat.”
2, A little over one week ago, my friends and I flew to Amsterdam. There, we walked along the canals, visited the world’s one and only floating flower market, went to the Van Gogh museum, and went to the Heineken Experience, a self-guided, interactive tour of the Heineken Brewery. As someone who’s never been particularly fond of Heineken beer, I wasn’t expecting the Heineken Experience to be one of the highlights of Amsterdam. However, beyond walking through the beer-making process, we also played Foosball, took pictures in the photo booth, experienced a “ride” simulation, received a mini-tutorial on how to drink the beer, and at the very end, were able to exchange tokens for two “free” beers. However, even that paled to the true highlight of Amsterdam: trying stroopwafels for the first time. A quote from my personal diary: “[I] nearly passed out because it was so delicious!!!” Exclamation marks and all. For anyone who’s never tried one before, can confirm that having one—especially over a hot, steamy mug of tea that can melt the caramel syrup in the middle—is a godsend for any bad day.
1, On Pi Day, I, along with the rest of my Vassar seminar class, was treated to award-winning, delicious pie, courtesy of our professor. This was then followed by an informal lecture by a guest professor over dessert, and a walk to Trafalgar Square to ground the more abstract theories we were reading about in our reality. Honestly, the day was already a win at “pie,” but learning interesting material taught by amazing professors definitely made the day even better.

Of course, the irony is that as soon as I’ve made a spot for London in my heart as “home,” it’s already almost time to go. In a way, however, this realisation has forced me to live London in the present, to appreciate it as it is now instead of what it should be or all that it could be. Living London on a countdown encourages me to take the initiative each and every day, so each and every day can be a memory I am thankful to have.