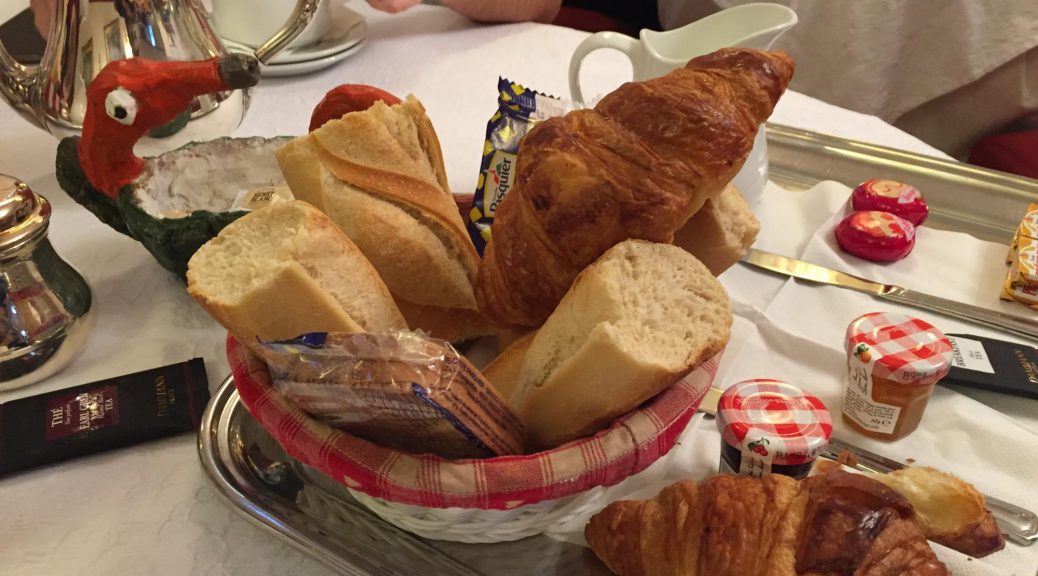 France, and especially Paris, is known for its food. However, foreigners generally don’t realize just how much meaning they put behind it until it comes time to order in a boulangerie (a cafe-style store that sells primarily bread).

The first time I tried to order I was taking my time looking at the menu while I was in line, choosing between different sandwiches. Little did I know, that this was unacceptable. The line moved so quickly that I still hadn’t decided what I wanted when it was my turn. The Parisians around me started making sounds akin to a horse as they tapped their feet impatiently. They somehow knew what they wanted before even entering the store, and can’t believe I’d have the gall to not know exactly what my order was ahead of time.

Usually once I’ve decided, in rolls the judgement about what I chose. They don’t try to hide it either. “You want this sandwich with that side? Okay…” (insert special Parisian judgy face). Sometimes they’ll even suggest an alternative that isn’t as offensive, or tell me to order something else. However, after two months of living here, I know it’s their own way of trying to guide me. Tough love is almost a motto Parisians live by.

There’s also the complicated bread order, which I definitely haven’t mastered. Bread is more important to the French than air. If they could live off baguettes I’m sure they would. I constantly see people on the streets and metro carrying multiple baguettes in their bag, because it’s not okay to eat on the go unless it’s bread.

When you order bread in a Paris boulangerie there are so many more options than you would expect. First of all, you can get a baguette, but then there’s the choice between traditional and classic, and you can even specify how cooked you want it. There’s a demi-baguette, which is just half a baguette, but if you order it, you get judged, and it’s even more expensive than a regular baguette in some places. Then there’s a whole loaf of bread, which, as a category, has at least 10 different varieties, and you can decide whether you want it sliced or not.

Of course there’s the classic croissant and chocolate croissant, which in Paris is called “chocolate bread” (or, more accurately, “bread of chocolate”), even though a normal croissant is just called a “croissant.”

Almost every time I’ve ordered something other than bread at a boulangerie, I’ve been the only one, and it sometimes holds up the line because the shop owner has to move from the bread section to the food section.

You order things item by item, so the workers can get what you want without having to memorize a list, which is a problem if you order more than one thing. After every item the worker says, “Avec ceci?” which basically means “Anything else?” so by the time you finish ordering he people in line behind you are ready to hit you over the head with a fresh baguette to get you to move.

In the end, I love boulangeries. I go there so often that the two nearest to me know my orders by heart, which perhaps says more about me disliking change than anything else. In Parisian boulangeries, they really try to take care of their customers and be efficient at the same time, and it works pretty well. They are always filled with clamoring customers, and I probably spend most of my money on their food. I regret nothing. It puts you right in the middle of Parisian culture: baguettes, impatience and tough love. I wouldn’t have it any other way.