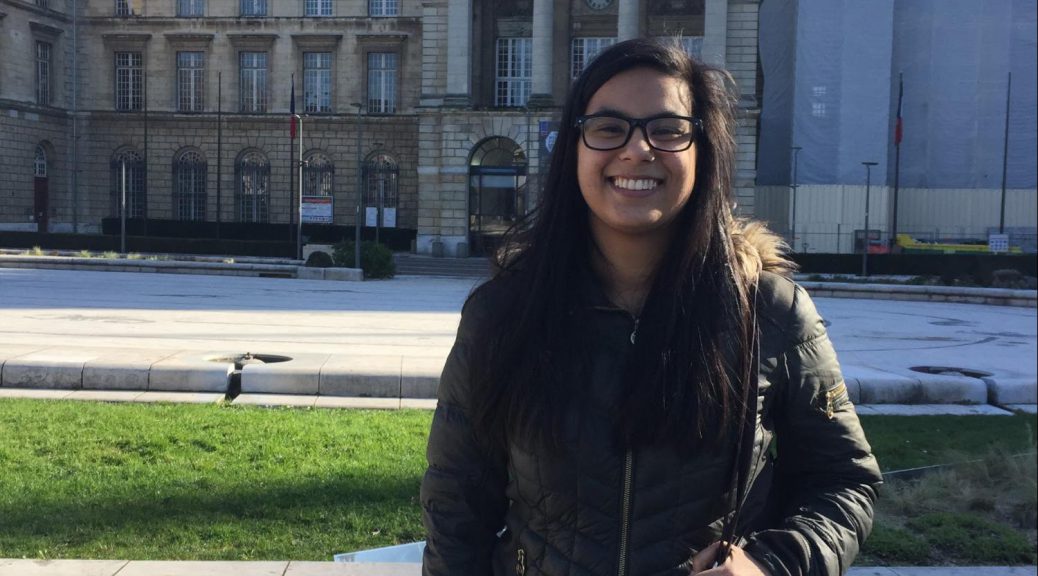 Featured Image: Me in Normandy, looking very American and not giving a shit

I never really thought about the influence Americans, or more accurately English speakers, have on the rest of the world. Of course I know that our culture has seeped in practically everywhere, from talks about Trump to watching Game of Thrones; however, I never realized just how large a role it plays. For example, in France people tend to say “stop” in English with a French accent instead of just using the French word for it which, while funny at first, makes you think about just how far our influence extends, even to the smallest aspects of life.

When I took a vacation to Amsterdam, I stayed in a hostel where I ended up speaking with some other travelers from Italy, Amsterdam and Russia who were all conversing in English. It actually shocked me when I thought about the fact that they not only had to learn English, but it was the link that allowed them to communicate with each other even if they were from two very different countries and cultures. I had taken this for granted being a native English speaker. It’s such a mental effort for me to speak in French almost all the time, and I can’t wrap my head around people who have to be at least bilingual every day. Of course I know that many people have already had this realization, especially people who grow up bilingual or people who simply come from countries that aren’t English-speaking, but while I knew this was going on, I didn’t really understand the meaning behind it. One of my friends told me about a time when someone asked why they even bothered to learn another language because English is all you need to know. As a native English speaker learning another language is pretty much a luxury, in contrast to non-native-English speakers who have to learn English for their jobs, because of school or even just because it’s necessary if they want to talk to people outside of their own country. While learning English is technically a choice for others, it’s expected and therefore there really isn’t a choice after all.

However, the use of English in France has been Francified. Even taking the word “stop” and making it a French slang word makes it a little more French, but what shocked me most is what they do with some English movies. Sometimes, instead of translating the title, they keep it in English, but they CHANGE THE ENGLISH WORDS. That surprised me so much when I went to go see the movie “The Post” and it was called “Pentagon Papers.” Later when I was browsing Netflix I found the movie “Silver Linings Playbook” called “Happiness Therapy,” which doesn’t even make that much sense. I don’t understand why they wouldn’t just keep the original title if it’s going to be in English anyway, but I guess it’s their way of making it their own. On the other hand, when I watched the movie “Coco,” it was completely in French, and they even redid some of the songs, so I guess they just do whatever they want and everyone else just kind of goes along with it, which, if you think about it, is pretty American.

Another weird language shock I received was when one of my Parisian friends told me that the American accent is adorable, like how we think of French accents in English. That took me aback, because whenever I hear myself or someone else speaking in a bad French accent, it makes me so uncomfortable because I’m used to correcting myself so often that when I hear it spoken incorrectly I cringe. They told me they feel the same way when they hear French people speaking in English.

However, my accent is a problem because every time I start talking people respond in English, and I understand they’re trying to signal to me that they can speak English or that they want to practice, but it’s annoying because not only do I want to practice my French, but it’s a reminder that I’ll never blend in. I finally realized that I just have to keep responding in French anyway.