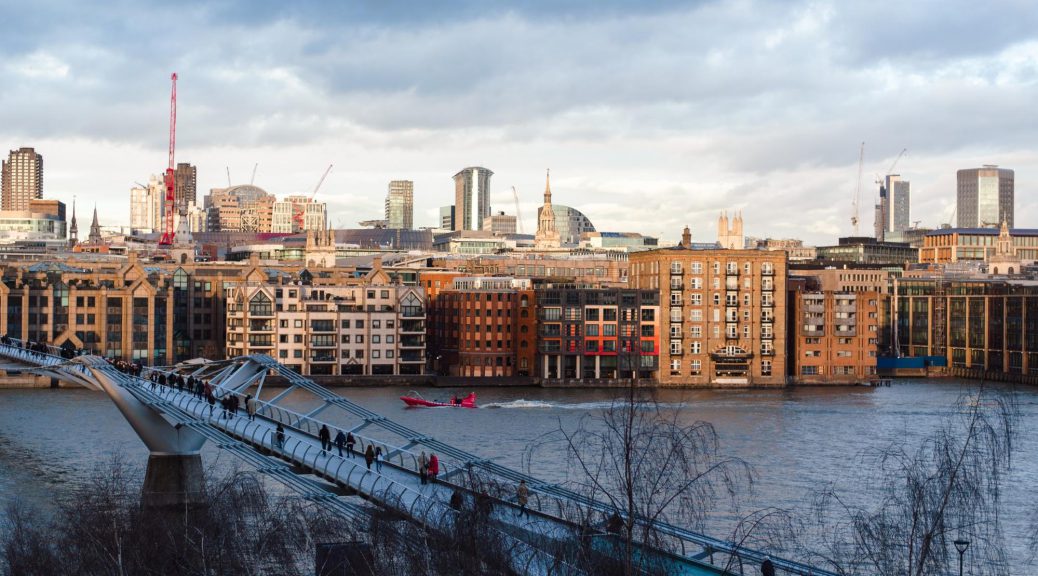 Featured image: View of the river taken from the Tate Modern

I’ll let you in on a little secret. While seemingly everyone else was head over heels in love with the prospect of studying in a new city, I… wasn’t. I felt guilty, like I didn’t deserve to go abroad if I wasn’t positively over the moon about the privilege of embarking on this fantastical journey. It had nothing to do with where I was going—because I’d known for years I wanted to study in London—or that I didn’t feel grateful or humbled by the privileges I have, but rather that I just couldn’t feel it. I couldn’t romanticize the idea of going abroad when I was still thinking about the logistics of traveling, transportation, health insurance, social dynamics, dealing with persistent health issues, or access to medications. And more importantly, I realized, studying abroad was also not a wholly novel experience.

Through this exchange, I realized that even though I’ve been labelled “international” for more than a decade, only in London has that label finally aligned with my experience. London was my choice, and mine alone; I could start anew for a semester. I remember hearing seniors tell stories of their wild experiences abroad that put to shame lackluster Poughkeepsie. They spoke animatedly of their life-changing “JYA experience” and I realized that that’s what I wanted: an experience that could turn academia into an adventure—something that I could look back at with no regrets. And with that in mind, I began thinking about the idea of the “JYA experience” that was supposed to be mine.

In the weeks before the joy of being abroad fully registered, there was a lot to be reckoned with. Starting on day one, whatever JYA fairytale fantasy of sunlight and rainbows I might have had was obliterated the second the plane touched down. Where was the sun I needed to photosynthesize? How do people live without the sun? I was horrified to discover that the sun not only rose late, but set at 4 p.m. Translation: if you wake up past noon, you only get two to three hours of cloudy daylight at best. Or maybe dimly-lit rain if you’re less lucky. Seasonal affective disorder, anyone?

While I was still coming to terms with that realization, I found my second set of problems when we reached our dorms—accessibility. Hauling several heavy suitcases up several flights of stairs through several sets of heavy doors is an ideal way to spend the morning… said no one ever. And it was even less so for those of us with physical disabilities. The dorm made Vassar look like the epitome of accessibility, and by the time I made it up with all my belongings, it hurt to stand and my wrist was swelling. But what can I say—it was definitely more effective than coffee in waking me up.

A few days later, I found myself back in my freshman year shoes, facing the same difficulties navigating the prevalent drinking culture. Given the healthy, able-bodied norm of youth culture, having physical conditions and/or taking medications that don’t allow for alcoholic intake often means forsaking social opportunities. All social activities seemed to happen either at pubs, bars, or clubs, and although I was encouraged to just “drink water” at these places, it still wasn’t the same. Furthermore, having to repeatedly explain my reasons for abstaining and justify my health conditions to people I had just met was awkward and uncomfortable, as were the pitying responses I often received. Without an established support system or many alternative social activities—coupled with a generous sprinkling of microaggressions and racist comments—the first few weeks held a store of many isolating moments.

It wasn’t until about two weeks in when I was walking through the Portobello Market with a friend and finding stores along the street that reminded me of night markets at home that I really felt assured. As I looked at all the brightly lit stalls, vendors, and stores, I finally felt certain that my experiences were going to be unforgettable and that whatever happened, it was all going to be worth it.

I was forging something bright in my memory—a happy shard to hold onto for all the grey days. It happened again when I visited the Tate Modern with the same friend and looked down at all the city lights. I remember feeling small and insignificant yet strangely content to be exactly where I was. And again when we visited London’s largest light festival, Lumiere, and yet again when we wandered Canary Wharf to admire the Winter Lights installation following a class visit to a photo gallery and a group dinner at a famous restaurant. So far, I’ve forged a constellation of these bright shards, threaded together to form a fairy-light narrative of happy moments. All the photography galleries, art exhibitions, museums, Sunday roasts, day trips, gym classes, late night ventures, and market visits are precious moments that still dazzle me with their brightness.

Turns out the excitement I was missing at the outset of the trip was just majorly delayed, and I am so happy to be where I am right now. In my theatre class, we get to venture into central London and watch theatre every week–tickets already paid for! In another class, we were recently asked to watch an episode of makeover television as part of homework. In my Vassar seminar class, we go on site visits every week to connect class readings on colonialism and imperialism to where we stand today—and where else to study this but the colonialist capital? There’s so much to photograph and so much to see and so much I want to hold onto and take back with me. And this is just the beginning.

Catch a falling star and put it in your pocket

Never let it fade away

Catch a falling star and put it in your pocket

Save it for a rainy day…