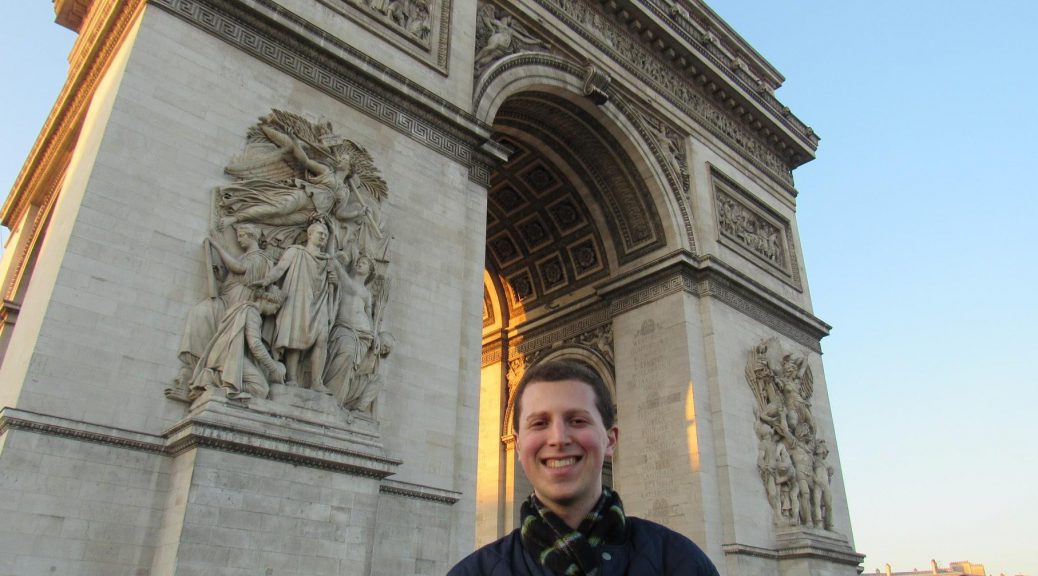 You’d be hard-pressed to find a French class in the U.S. that doesn’t mention terroir, the French culinary principle that says that food and wine from different places absorb unique qualities of the land, the terre, in which their ingredients grow. This concept seemed particularly relevant to the study abroad experience, a grand experiment in déracinage, uprooting—in leaving one land, gaining another and trying to make a fruitful fusion of the two.

After a nightmarish delayed arrival due to the East Coast’s bomb cyclone, a ridiculous phrase I can now only utter in hushed tones, the near month (!!) I’ve been in France has gone fairly smoothly. During this time terroir has, of course, revealed itself in its most natural state in the form of food. Bread was already a daily fixture for me, but now it’s at least a twice-daily staple (seriously, someone stop me). It really does taste different here, and so does wine. And beets. And tomatoes. My dairy intake has similarly increased about 700%. Grocery stores seem to have innumerable types of yogurt with inscrutable differences and, from what I’ve experienced, you’d never know France suffered a butter shortage last year.

I’ve also tasted foods like squash that my host parents grow in their garden in the country. I admire their green thumbs; for my part, I’m still holding out hope that I didn’t kill the pot of flowers my host mom kindly put in my room. My hosts are both transplants themselves, one from New York City and the other from South Korea, which initially worried me in terms of improving my French. As it turns out, our shared foreignness has sparked many lively conversations. We’ve discussed everything from them still not feeling fully comfortable expressing themselves in French even after 30 years (not sure if that’s a huge relief or even more discouraging) to the ways in which French and American elementary school shapes identity to the nuances of wine production and distribution, types of cheese (did I mention I’m eating a lot of dairy?) and regional differences in kimchi.

Something that has struck me time and time again is just how far back the roots of this city and country stretch. A tour of Aix-en-Provence during a trip with my program casually mentioned a local candy dating back to the marriage of a 15th-century king. Every slice of baguette, whose prices are now strictly regulated, reminds me of learning about the incendiary grain shortages during the French Revolution. Friends and I went on a weekend day trip to a medieval town outside of Paris and sang in a completely empty 12th-century church to test its acoustics. (The town was also once the seat of the counts of Brie and Champagne—I’m not kidding. Joan of Arc also stopped by the church in 1429.) I looked up a delicious cheese my host family served once, called fourme d’Ambert, which happens to date back to pre-Roman times, and legend has it that Julius Caesar ate it on his way to conquer Gaul.

This is all to say that it feels a bit strange to be new to a country in which seemingly everything has centuries of history behind it. Let’s face it, I’ve accepted that I’ll never master the unknowable switch from Bonjour to Bonsoir (it’s either when the sun goes down, at 5 p.m., at 6 p.m. or whenever you so please), while French children might grow up eating cheese that freaking Caesar tasted. In my native Los Angeles, by contrast, buildings from the 1930s are considered wildly vintage.

In the midst of all this fascinating yet daunting tradition, I’ve been oddly comforted overhearing trilingual French-English-Korean phone conversations between my host mom and her three daughters, listening to one of my vivacious Serbian-French professors extol this or that museum or artwork and picking up slang from my internship at an American art foundation, where native French people mix with American, Dutch and German colleagues. Code-switching abounds in many of these environments, and suddenly my English and foreignness hint at a future skill of fluidity rather than an embarrassing defect I try desperately to stifle.

I know this land of terroir hasn’t always been—and in many ways still isn’t—welcoming to outsiders or accepting of non-French ways, and so I feel incredibly lucky to have the opportunity to observe its quirks and grandeur and to be able to try, if only for a semester, to find my place within it. For now, I’ll hope to continue feeling less like I’ve been uprooted and more like I’m branching out, adding new tastes, sights and sensations to those I’ve already acquired from my native terre. Of course, in case of utter failure, there’s a McDonald’s and a Burger King within walking distance. For now, though, I’m opting for the pain au chocolat.