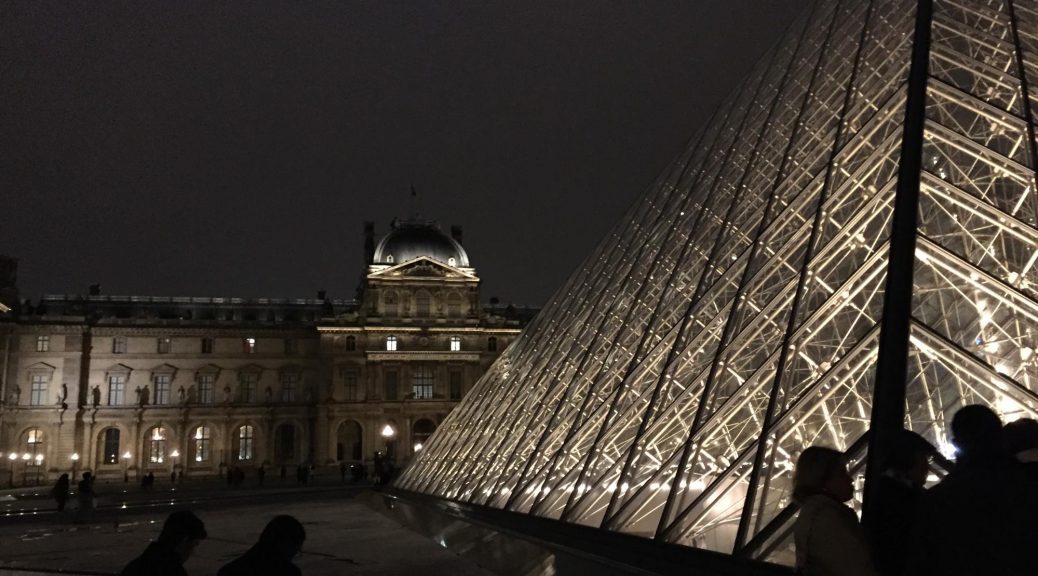 Featured Image: The Louvre at night

When I first decided to go to Paris for my study abroad experience, I already knew all the stereotypes of French people: that they hated Americans, were rude, and carried around baguettes with them all the time. Surprisingly, the third stereotype turned out to be more true in my experience than the other two. I’m not exaggerating when I say I’ve seen someone casually carrying four full and uncovered baguettes under his arm on the metro.

As for the other two, if I make an effort to speak French, people are generally understanding and try to help me get better by correcting me if I make an error, and even when they hear I’m from the United States, they show interest instead of disdain for the most part. One factor that I had not considered, however, was that French people are very committed to their friendships, something they don’t take lightly. Not only do they rarely let people into their homes except close friends, but they don’t make friends if they know they will be difficult to maintain. French students are unlikely to spend the time and effort on foreign exchange students because they know we’re leaving in a few months. While understandable, it’s easy to feel isolated from French people. I, like most people traveling abroad, was hoping to make friends with the students that lived there, but it looks like it’ll be difficult to move beyond an acquaintance status.

Spending time with other people on the program is fun as well, but it’s also easy to forget to keep speaking French when everyone else is a native English speaker. There’s even a sign in the program’s garden that says, “Dans ce jardin, on parle Francais!” which means “In this garden we speak French!” Many students have taken to speaking loudly in English in front of the sign, reminding me of the Smoke Free VC signs around campus that people like to put their cigarettes out on. In addition, it is difficult to leave the friends you’ve known for years and plunge yourself into a completely new culture with people that you only slightly know through classes.

For the most part I’m having a great time learning about France and spending time with my program friends, but I need to learn something that I hadn’t expected: how to be alone. I’ve never lived in a large city, and I’ve always had my friends a quick drive or a walk across campus away. Here in the real world, I have to realize that schedules conflict, and that I’ll have more time on my hands than I thought. I’m used to getting friends together to experience something new together, but now I have to learn to go out and do it myself if I want.

I should follow the examples of the Parisiens, who are raised to be more independent than I was. For example, it isn’t uncommon to go to the movies by themselves, something I tried for the first time only this week. It was a great experience because not only did I realize I could rely on myself for a good time, but I was free to ruminate on my own thoughts instead of immediately discussing them with someone else. The only downside was that they don’t serve food in the theatre, and I had a sudden craving for a hot dog and popcorn, something I suppressed, less the French think I’m American.

In the end, this semester abroad will be the perfect platform for me to become more independent and fight the fear of being alone. And where better to start than in the City of Lights?