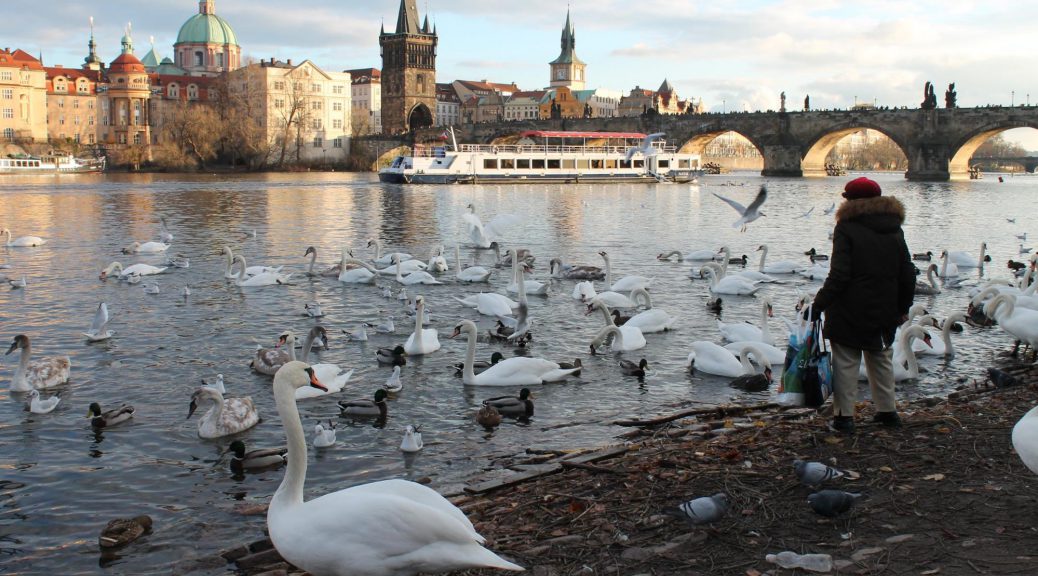 What was the most important outcome of your time abroad?

When my study abroad program emailed me the final evaluation questionnaire, I didn’t even know where to begin.

Since I touched down in Prague, the questions constantly in the back of my mind have been about personal growth, independence, and everything else that’s supposed to come with studying in a foreign country. Have I changed in these past four months? More importantly, have I changed more than I would have during the same four months at home in the States? Yes, I figured out how to shop at a Czech grocery store, navigate public transit in cities from Budapest to Berlin, and meter the aperture to properly expose a shot on a 16-millimeter video camera. Yet I still catch myself doing the same stupid nonsense I’ve always done at home—catastrophizing, over-thinking, not thinking enough before I speak, and wondering when I will finally learn to be a better person.

The twilight of my abroad experience coincides with the early sunsets and frigid winds that typify the transition into wintertime, a change of seasons that never fails to make me withdrawn and gloomy. Before coming to Prague, I thought things would be different: How could cold and darkness get me down when I was living in a sparkling Central European fairytale, bumping into Christmas markets on my way to class at the country’s top film school? It’s not that I don’t appreciate the magic all around me—Prague is unbelievably gorgeous, vibrant, and rich with personality. Yet I suppose I forgot that no matter where I am in the world, I’m still the same Talya, complete with all the anxieties and shortcomings that make me who I am.

I’d like to say that existing on the boundaries of tourist and traveler in Prague has taught me more about my identity but, in fact, I feel more uncertain in some ways than I did before I left the States. In a typical thought process for me and my pessimistic attitude, I’ve focused less this semester on everything I’ve learned about filmmaking and more on all the knowledge I lack, plus all the practical experience that it feels like I’ll never catch up on. Sometimes it seems like my academic career has been a process of ruling out everything for which I don’t have the aptitude or passion I thought I did. While I’m not ready to scratch the film industry off my list, I’m also not coming home with the sense of certainty I hoped I might gain.

In fact, I’ve rarely felt more lost and incompetent than during my group’s three-day film shoot, during which I scrambled to keep up with my role as Director of Photography. For 12 hours per day, I agonized over whether I had set the wrong aperture and pestered one of my classmates to put on the zoom lens because I was too nervous about breaking something to attempt it myself. We finished the first day woefully behind schedule and ended up having to cut several shots from the remaining days, including many of the “Psycho” references that lent the pivotal murder scene its absurdist humor.

After I had recovered from the shoot, I described to my parents over FaceTime how the heat in the Airbnb that served as our location had been so broken that my lips turned blue and I couldn’t stop shivering throughout the first day. (Granted, some of the shaking might be attributed to stress and over-caffeination.) What I didn’t tell them was how—sappy as it is—hearing their voices after a few weeks made me want to cry. In fact, I feel that way often when I think of home. Sometimes, at the gym, I start daydreaming about the moment when I see my mom waiting for me at the airport, and I nearly shed a tear on the elliptical. I feel weak and childish when this happens, just like I did as I huddled on the staircase after shoot, sobbing into my giant scarf, wishing the horrendous WiFi would stop dropping my calls, hating the fact that all I wanted in that moment was to go home.

A week later, I’ve finally thawed out, and fortunately, all our footage came back from the lab intact. I was able to pull together a rough cut, on which we are now awaiting feedback from our mentor. (Some were not so lucky: A roll of damaged film, or perhaps a careless assistant cameraman, resulted in one group receiving their footage with part of it covered in floating orange spots.) No matter how our final project is received, I can’t help but be proud of the countless hours of work we put into it. Besides, it’s oddly satisfying to place English subtitles over the actors’ Czech dialogue, comparing our original script and the translation to make sure everything is in its place.

Starting my first weekend in Prague, I was anxious to plan as many weekend excursions as I could, and every time I crossed the border into another country, I was raring to see as many sights and landmarks as possible in a scant 48 hours. My entire semester has been marked by a feeling of urgency: a constant awareness of the clock running out and my looming departure from Europe, after which it could be months or years before I return. Now, I’m trying to check off as many sculptures, parks, monuments, and coffee shops as I can from my list of things to do in Prague, but I still probably won’t make it to the Ice Bar (there’s a cover charge) or the Cat Cafe (I’m allergic). I can’t remember what it’s like to spend a day lazing in bed and not feel like I’ve wasted crucial and dwindling hours. This semester, some of those hours have been spent writing seven blog posts, four Misc articles, and dozens of letters, postcards, and emails about my time abroad. I’m grateful for the opportunities I’ve gotten to translate my experience into words but, for all that, I still don’t know how to answer questions about “the most important outcome of my time abroad.” To whoever’s waiting for me to turn in my questionnaire, I’ll get back to you on that. To my friends preparing to go abroad, make the most of every moment, but don’t run yourself ragged in the process. To myself, stop overthinking how much you’re overthinking. And to Prague, na shledanou—until we meet again.