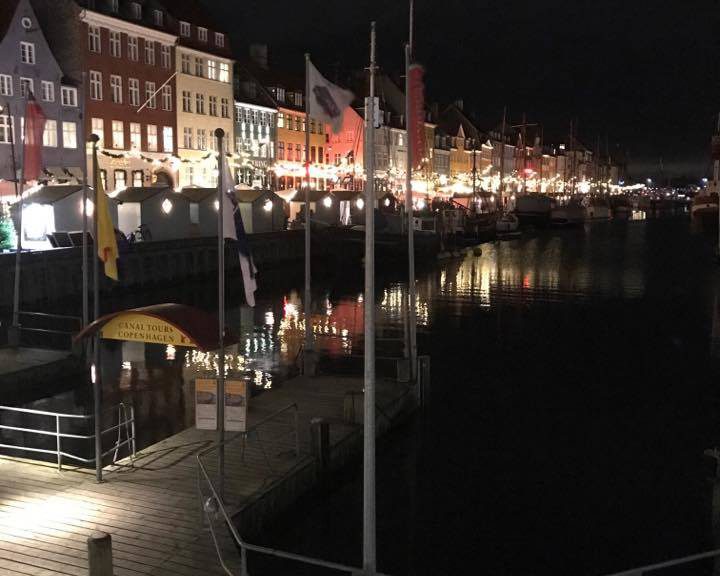 At this point in my abroad career I have taken the opportunity that being in Europe has afforded me and traveled to a number of European cities. Some places are better for certain groups than others—at least based on my own experiences. In addition to Bologna, some other cities that I’ve visited include Barcelona, Brussels, and Copenhagen. When I was searching for something to write about for this article, my boyfriend thought that I should talk about which city I thought was most romantic. But maybe to reach a wider audience, I’ll rank those few cities in three different categories. It’s hard to give a hard and fast rule for which city one might like best, but from my experience I’ll try to share which cities I think would be most fun to experience with your family, which with your friends, and which with that special someone in your life.

When traveling with family, one usually should keep in mind what is interesting to different age groups and the variety of opinions that come with the group. Bologna would probably be best for a family getaway because of its diversity of cultural experiences. If you’re interested in architecture, there’s plenty of Medieval structures that bring with it a rich history. Bologna, once a papal territory, does not fall short in terms of the astounding art that one can find almost anywhere, but especially in its ornate churches. Plus, Bologna is part of a region renowned for its cuisine throughout Italy and who in the family wouldn’t appreciate that? I would also put Barcelona high up on the rank for a family trip, not only because of its unique artistic sites, such as the Basilica de la Sagrada Familia, but also because of its climate. I visited Barcelona during the fall when it seemed like my summer was finally coming to an end, but alas it was sunny and warm and could provide the opportunity for family beach excursions.

Traveling with friends is another story entirely. Partying is usually at the top of the list for friends, especially those in their twenties, looking to have a good time. Based off of purely my own experiences, Brussels and Copenhagen seemed like great places to visit with friends. In Brussels there a bunch of different bars and clubs for whatever your taste is. At one point I was in a jazz bar and then soon after I found my self in a hole-in-the-wall, likely underground, Celtic pub. Copenhagen is no stranger to the party scene by any means, however. Its meatpacking district is an area filled with all kinds of clubs and bars to enjoy a drink and some music for a night. This isn’t to say Barcelona and Bologna don’t have similar venues, but what stands out most in my head when it comes to a good party is that underground bar in Brussels and that dark music-filled dance floor in Copenhagen.

And finally, considering my traveling outside of Italy has so far only been with boyfriend, its time to talk about how these cities did for a young couple. Nothing beats walking near the coast in Barcelona at night with someone you really care about. And then during the day, you can spend some time near a marina while watching the boats pass in the summer-like sun. Bologna would also do well for couples because of all of its small, dimly-lit restaurants that often have romantic outdoor seating and just the right ambiance to forget the rest of the world for an evening (can’t wait for my own SO to visit!). The chocolate, waffles, and French language in Brussels weren’t too shabby when it came to romance either so it deserves to get some recognition. Most recently, I traveled to Copenhagen where my boyfriend is studying. It was filled with bike rides throughout the city, a candlelit dinner at a restaurant near its famous Nyhavn canal, and climbing an old bell tower to get a stunning view of the Nordic city. ’Twas a truly magical experience.

I guess there really is no easy way to rank cities by any category. Each one will likely remain special to me because of the unique memories from each. For me, some of them were better than others with regard to certain aspects, but until I have to get on that flight home, I’m going to keep enjoying this little European adventure as much as I can. Next stops outside Italy: Amsterdam and Paris!