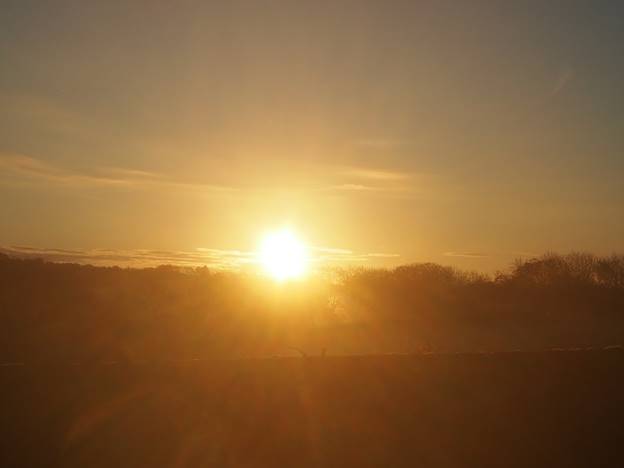 While making plans to meet up with a friend from Vassar in London, it dawned on me that I was about to spend time with another American student for the first time since my first few days in Exeter. My study abroad experience has been a rather quirky one—I am not in a large metropolis, nor am I part of an established program of other Americans. Back at Vassar, I had my people and my routine. As a certified introvert and book nerd, I could always be found in the same few places: a table by the windows in the Bridge in the morning, the English office in Sanders in the afternoon, the Deece at 7:10 for “fam dinner” and either Joss or fourth floor Main in the evening. I was perfectly content with my life and the pod of close friends I’d made those very first weeks at Vassar, and so I rarely went outside of myself to do something radically different or approach someone I didn’t really know.

Then I found myself living in a small city in rural southwest England. I became one student in a sea of 20,000, the singular international student in my classes, and “the American” in my building. I knew no one and no one knew me. Realizing I had nothing to lose, I just started talking. I’d catch the eye of someone in the university forum and we’d end up chatting for two hours. I’d run across a group of people in my building’s common room and end up going out to a pub with the whole crew. Each day I spent time with different people in different places. I became utterly spontaneous. In addition to meeting a myriad of students within Exeter, this side of myself also resulted in quite a few memorable excursions.

One of these was when I decided on a whim one Saturday to run to Topsham, a little village five miles down the river. Poking into shops in my running shorts and sneakers, I bonded with an artist shopkeeper named Nikki who told me about her days at the University of Exeter back in the ‘80s, and with Jim who runs the local wine shop with his mother and who instructed me to go to the winery down the street and tell them Jim sent me. I did as he said and was joyously welcomed with five different wines to taste.

I finally settled down in a café with a book to read. On page 11, I got distracted by a dog curled up under a table just in front of me, and began petting him. I spent the next three hours with Iggy and his elderly owner, an American engineer who’d been living in England for over 30 years, learning his life story and getting a tour of Topsham and a lesson in strange British words and terms useful to know. Whoever said never talk to strangers is seriously missing out. Also, dogs make excellent conversation starters.

Flash forward a couple weeks and I’m sitting cross-legged in the center of a parking lot in a town in Wales next to four Brits who had been strangers 48 hours before, but were definitely not any longer, sharing a carton of sweet potato fries. While an odd moment, it rather sums up my abroad experience up to this point. Wanting to explore more of Britain, I’d randomly selected an expedition club camping trip to Pembrokeshire, Wales, where I was again the only American. On our long walks along the coast and sitting around the bonfire on the beach at night, I learned so much from people I likely never would have spoken to otherwise.

I’ve been in Exeter for six weeks now, and in these six weeks I have had meaningful, captivating conversations with more people than I ever could have imagined. As I’m sure every person away this term can tell you, living abroad is not all a fairy tale. One of the hardest parts for me has been not having that one close-knit group of friends never more than a five-minute walk away. Yet not having that has pushed me to discover a side of myself I love—a person who isn’t afraid to start a conversation with a stranger and can make friends with individuals in all different spheres of the university. I’ve begun to develop habits and favorite places in Exeter I’m always going back to, but I’m more conscious now of my ability to move between my quiet, watchful self and my curious, talkative one. I’m eager to see where they both take me from here.