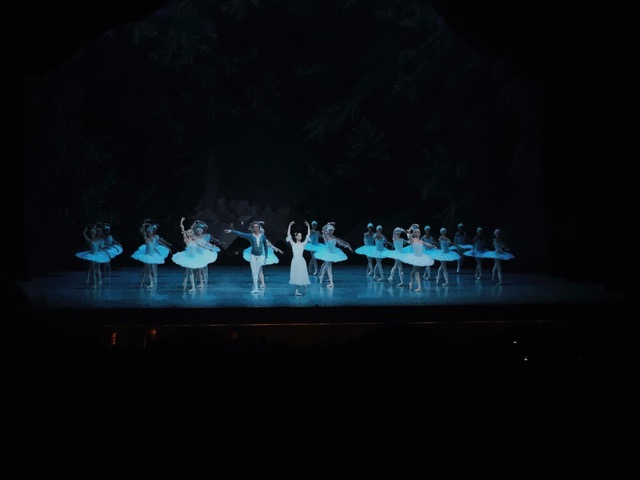 Last week my Russian professor asked me if I own a gun. For anyone who knows me well, that question is a nonstarter. I abhor guns. I abhor what they stand for in American culture. And I abhor the idea that they make us safer. I responded with a scoff. “Не Конечно!” (“Of course not!” in English) But as she went around the table asking the other students the same question, I realized her inquisitiveness was not part of a larger agenda, as asking that question would be in the United States. It was just general curiosity. In Russia, civilians are not allowed to own any firearms. Tatianna has probably never even held a gun before, let alone talked about them as much as Americans do.

Had she known me better, or known the nuance of what guns mean in the American experience, my professor probably would not have asked me (or the other Vassar students in the class for that matter) whether or not I own one. But she asked because gun ownership is an icon of America. Regardless of my political identity, regardless of the fact that I do not and will never own a firearm, I am an American. And for non-Americans, that makes me a complicit and engaged part of gun culture. This thought horrified me at the time. This thought continues to horrify me, especially now.

On Monday morning, as I was getting ready to leave for my classes, I got a Twitter notification that there was an active shooter in Las Vegas. I thought of my friend who has family there, but ultimately went on with my day. I feel desensitized towards mass shootings. Even now as I look back on The West Nickel Mines School Shooting (a mass shooting that happened in my small, rural hometown on Yom Kippur in 2006), an event which I remember clearly from my childhood, and I think, “At least only 6 people died.” I went on with my day. Only later did I realize the scale of this event.

Being abroad at a time of national tragedy and horror is disorienting. I felt very American, but not in the patriotic sense. I am in the Russian Federation, granted a country with its own faults and problems; but in comparison I hail from a nation which willingly allows its citizens to be murdered en masse.

I anticipated having to talk to my host mom and my professors about this. I dreaded it. I’m exhausted of mass shootings. I’m exhausted of the apathy and the hubris in America which allows them to occur. But even if I weren’t feeling this way, I wouldn’t know how to explain why this keeps happening. I know why gun violence keeps happening in America and I’m sure you do too, but trying to explain it—explain why the US, the self-purported greatest country in the world, the winner of the Cold War allows this to keep happening—would be a mammoth task even if I spoke fluent Russian.

Yom Kippur was a few days ago and, being in Russia, this was the first year in a while that I did not go to services or fast. It is, however, the second high holiday season in which I’ve had to reckon with a terrible act of  death and violence. When the Amish schoolhouse shooting happened, I was barely old enough to comprehend its weight. Now, all I can think about is Las Vegas. I’m starting out the new year and my list of atonements for next Yom Kippur is already too heavy:

For the sin we have committed against you of complacency

Right now, I can’t gauge whether or not a meaningful conversation about guns is happening back home because I’m abroad. In Russia, it was news for a day or so, but now everything is status quo again. It feels like everything has blown over again, as it always does. It certainly doesn’t help matters that I’m of the opinion that if American society was able to move past the murder of 15 six- and seven-year-olds in an elementary school, we can move past any act of gun violence. So I’m not sure exactly where that leaves me. I don’t know if I’m shouting into the void currently.

What I do know is that while activists should certainly attempt to reopen the case for gun control, we also shouldn’t allow the ridiculous things that our president and his party say about guns to distract us from matters worth our attention. Like, for instance, sending help and resources to Puerto Rico and other places that have been devastated by natural disasters. There has been a lot of suffering and loss of life in and around the United States as of late, and while Las Vegas is now the most recent, we must not forget everyone who needs help. Even if The United States Congress will fail to pass legislation which protects its citizens in the wake of tragedy, there is still lots of work to be done and many communities to support.

I wish I could’ve talked about my other experiences in Russia in this blog post. I wish I could’ve focused on my trip to the ballet (I saw a performance The Nutcracker at The Mariinsky Theatre… it was glorious) or talk about the numerous palaces I’ve toured in just the city of St. Petersburg alone. I would rather have complained about how my host mom serves me ridiculously large portion sizes at every meal and I feel compelled to eat it all so I don’t offend her; but then talked about how fortunate I am to have a host mom who changes my sheets, makes me laugh, and brings me apples she grows at her country house. Or even just casually mentioned in a humble brag that I had the opportunity to study in The Hermitage Museum’s print room and touch 300-year-old prints and engravings. Over the past month I’ve been studying, eating, learning, laughing, and exploring my way through the magnificent city that is St. Petersburg, Petrograd, and Leningrad all at once. I’ve been having the time of my life. But, as I’ve realized, even thousands of miles away, I cannot brush off my American identity.