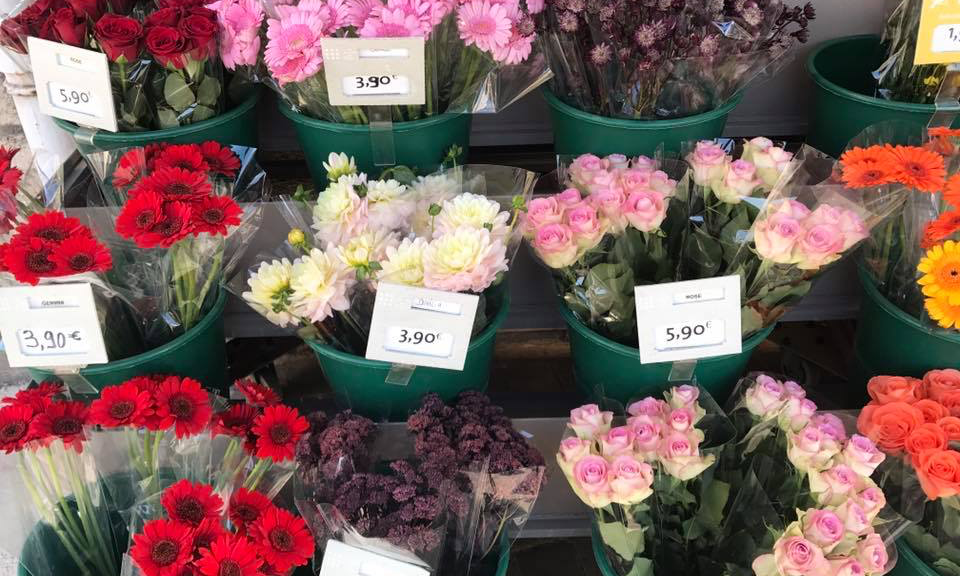 As I write this from a petite classroom in Paris, bundled in layers of wool sweaters and counting the days until the city finally allows public buildings to turn on their central heating, I’ve realized that today marks one month exactly since my plane first touched down at the Charles de Gaulle airport. Dizzy on 48 hours of sleepless travel and complimentary Air France wine, I stumbled into the city of lights captivated by a singular fear that perhaps I’d chosen the wrong program. Anxieties, directly correlated with our mounting distance from home, manifested in conversations conducted in French between the program’s students as practice for the next four months. My contributions, being somewhat broken and clumsy, led me to wonder if I’d ever actually been awake for any of my classes in Chicago Hall.

Of course, everything beyond the actual speaking component of study abroad was a breeze to prepare for by comparison—for instance, my suitcase was brimming with clothes that hardly deviated from the Parisian uniform of all-black, and I had read up on proper table manners for the hours-long dinners that the French so deeply cherish. But six years of language classes, it felt, left me petrified if I wanted to conduct a conversation beyond asking “how much for that croissant?” (This fear, it should be noted, has consumed me ever since a two-week high school exchange to France when a French boy lightly mocked my thick American accent—my fifteen-year-old self never emotionally recovered).

I took solace in the fact that our first two weeks, spent in Bordeaux, would be dedicated to intensive classes, all of which were taken with students learning French as a second (or third, or fourth) language. The classroom was comprised of half American undergrads from the Vassar-Wesleyan program, and the other half were students who had come from all over the world to this seaside port in the west of France for the express purpose of ameliorating their fluency—one scholar from Scotland was there to finish up her graduate degree, while a doctor from China was busy pursuing his medical license in France. Over our meager breaks in between class sessions, we would pour centimes into an espresso machine and speak with one another over plastic cups of coffee, dipping occasionally (and guiltily) into our common tongue of English when our collective French vocabularies failed us. Catching up with a student from Spain, however, I realized that the only overlap in the Venn diagram of languages we spoke was French—and even though neither of us were speaking in our native language, we miraculously made it through a polite conversation about the day’s vending machine snacks just fine.

Suddenly, I was less embarrassed by my labored and broken French and became increasingly excited by the prospect of the growing number of people I could communicate with. At the brightly-lit apartment in Bordeaux that served as my home for the first two weeks, silences at the dinner table gradually melted into impassioned conversations about politics and disparities between the French and American education systems. These were discussions that I would have balked at initiating two weeks prior, but the more engaged I became, the easier the words seemed to fall coherently out of my mouth.

Fast forward to one week ago in Paris, at the conclusion of our orientation to the over-2000-year-old capital city. I had fondly remembered frequenting a scarf shop in Montmartre four years ago, and given the sudden drop in temperature from balmy Bordeaux, I figured I would make a second trip in search of something warm to wear. During my first visit, I was admittedly entirely unable to communicate with the shopkeeper, despite my best efforts. This time, I entered the brightly-colored den lined in swaths of fabric—and the moment the worker heard me speak, she responded in English. I was crushed. I had certainly built this up in my mind as a pivotal moment, a complete 180 from my bygone days of stuttering half-formed sentences. But instead of replying in English as I would have four years ago, I tried again—and she smiled, shrugged, and switched back over to French for the rest of our exchange.

In French, I’ve learned, there’s no perfect translation for being fluent in a language. One might “parle couramment” (speak fluently), but as far as actually being fluent, the word doesn’t exist. Surprisingly, this gives me a mighty amount of hope. If learning a language doesn’t exist upon a binary of either mastery or complete inarticulacy, then whatever progress I make over the next few months will undoubtedly feel worth celebrating—even if it takes a few tries to get there.