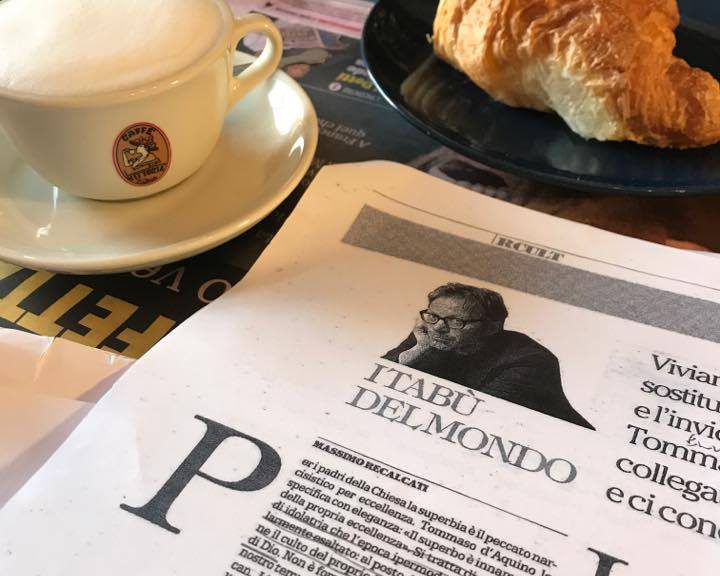 As much as I have missed starting the new school year with the energy that accompanies Vassar in August, the transition to pumpkin spice lattes or to the autumn colors of the Hudson Valley, I must confess that I do not regret my choice to spend the first semester of my junior year in Italy! I tried to think of a great way to start this series of Far and Away blogs but since one of the most common questions I get from friends and family back home is simply some version of “How’s Italy?,” I think I’ll start with that. At this point, I’ve studied for three weeks in Lecce in Southern Italy and now have been in Bologna for a little under two weeks, so here are some of my first impressions.

There are some immediate cultural differences that one easily notices when spending a few days in Italy. Smoking. It’s big. It seems like nearly everyone smokes and if you went up to someone and asked for a cigarette or to borrow a lighter they would probably be able to help you out. Not only do so many people smoke, but the amount of people, especially in Lecce, who carried around pouches of tobacco to roll their own cigarettes seemed to be in the majority. On the other end of the health spectrum is another fun surprise. If you go out to a restaurant in Italy for example, in addition to noticing the smoking, you’ll come to realize that water is not a “given.” Tap water is a little bit of an odd item to request, so if you go to Italy you should expect to have to pay for bottled water (either naturale or frizzante of course).

Alright, alright, enough negatives. Two categories of culture that I can confirm to be true about Italy and Italians from my experience are beauty and diet. For some reason that I have yet to truly discover, Italians in general are noticeably very attractive. On any day of the week, Italians of all walks of life will dress in ways in which Americans might only dress if they were going out on a Friday or Saturday night and want to impress. All the while American men may be keeping it somewhat hidden that they’re trying to look good, Italian men shamelessly “peacock.” Hair, shoes, clothes, the whole nine yards. In addition to the items that make them more noticeable, many Italians, in my opinion, are physically very attractive and I have to attribute a lot of that to their diet and eating habits. Breakfast normally consists of something small, like a pastry, with a cappuccino or espresso or some other variation of coffee that is most definitely not a large mug of American coffee. That’s about it. Lunch is generally quite healthy because this is a country in which food is a point of pride and so it normally freshly prepared. But it’s not all veggies and lean meat! Italians eat carbs! It wouldn’t be Italy without pizza, pasta, and gelato, right? However, their attitude toward food is one of appreciation and enjoyment which prevents unhealthy eating habits that are more prevalent in other parts of the world.

And then there’s the world of politics. It is not unheard of for an Italian to hear me or a classmate speaking Italian with an accent and then to follow up with some version of “Oh you’re American? What do you think of Donald Trump?” I haven’t experienced very strong opinions in Italy either for or against the president, but both world politics and Italian national politics find their way into the lives of even us American students. When I was in Lecce, there was a lot of leftist graffiti and not too much else regarding political expression. On the other hand, I’ve only been in Northern Italy for a short period of time and Bologna seems much more politically active. This isn’t necessarily a North/South issue considering Bologna is a major Italian city with a large university that contributes to an overall liberal community while our time in Lecce was in the older part of the city (and truly a great place for vacationers!). They’re just different places. In Bologna, in a addition to the leftist graffiti (of which there is a lot) is very, very right-wing graffiti. Without being too specific, there’re a number of World War II era type material on some of the walls. However, the voice of the left is far from silent in Bologna. For example, I was leaving a clothing store in the center of the city one day and I was immediately shocked at the load noise and crowds of people marching down the street with leftist banners and signs to demonstrate what they believe to be the spirit of Bologna.

First impressions can be tricky, especially in another country away from home. But the more I’m here, the more deeply I’m able to appreciate the rich culture and diversity in Italy. If you haven’t been to Italy and aren’t too sure what it’s like, or even if you have been to Italy and maybe had different first impressions, I would encourage you to really explore all that Italy has to offer. Italy is beautifully diverse in every aspects of life and is truly worth exploring. Ci vediamo, ragazzi!