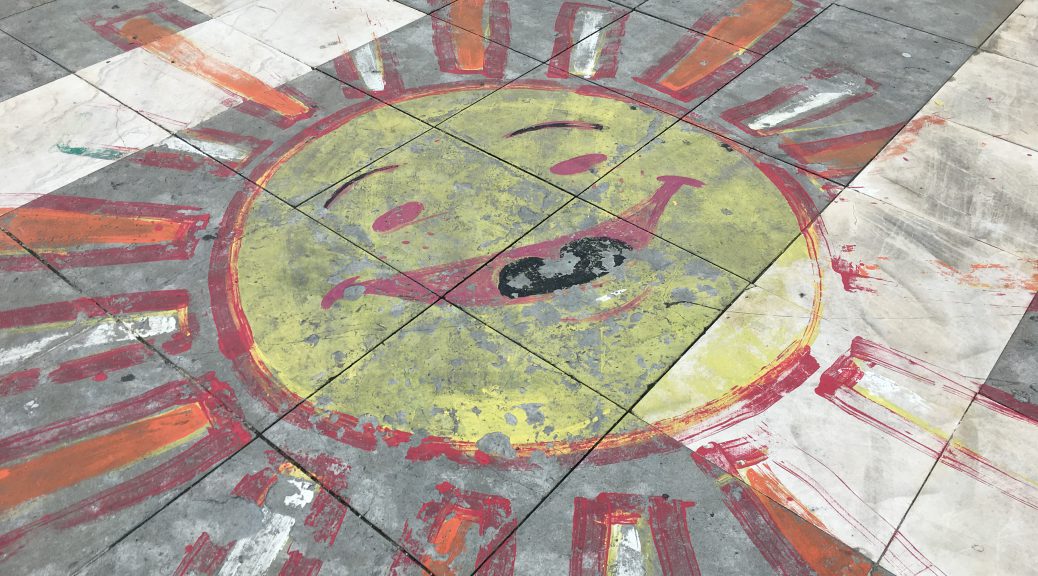 La Universidad Carlos III reminds me of Vassar in the sense that there are, in fact, students here and also buildings, with chairs and desks. The similarities end there. In some ways, this has been a welcome change. As much as I love Vassar, there came a point when the novelty wore off just a bit. And while Vassar’s student body of almost 2,500 dwarfed my high school’s (roughly 120, grades 9 – 12), you’d be amazed how claustrophobic the rolling green hills of upper-state NY can feel when everyone you’re avoiding is suddenly behind you in line for the Kiosk. As of a 2013 count, UC3M (Universidad Carlos III de Madrid) is sitting blissfully, anonymously at 18,676.

This is great until there are 18,675 people “in line” ahead of you at the cafeteria. I say “in line” because there are no lines in this country. Spain would never stoop to something so pedestrian as an orderly system for purchasing freezer-dried chicken bocadillas. Instead, we all kind of mob the counter and pray the attendants will someday take mercy on us. I am not ashamed to say I miss the Deece. Sometimes I dream of the omelet station, with its reasonably cooked eggs and single-file waiting area.

Granted, the coffee is better here. Not that I’m drinking as much of it, having cut down my usual seven cups a day to a meager two. You may have heard from your more social study abroad friends that the classes are easier here, which is true, in the sense that I’m getting an unprecedented six to eight(ish) hours of sleep a night, the drawback being that everything is in Spanish and inherently exhausting to my feeble international mind. It also really depends on the classes you take.

Everyone is in a lengua class, which is basically the grammar course I’ve been craving ever since I started taking Spanish literature classes and realized that I forgot everything I ever knew about conjugation. To determine our level, we take a placement exam before classes start. I ended up in the lowest category, charitably dubbed “Intermedia Alta” as if the “alta” could soothe the hot sting of my grammatical failure. It is definitely my easiest class, but also most practical. Honestly, I don’t know how I got through conversations with my host mother before learning the subtle art of a well-placed “claro” or “¡Madre mía!” A few more lessons in “reacciones” and my assimilation into her inner circle of elderly Spanish ladies will be complete.

Most people take one other Curso de Estudios Hispánicos (CEH), courses specifically geared towards international students. Even though it’s technically designed for advanced learners, I made the incredibly smart decision to take Colloquial Spanish, which has filled a significant portion of my shaky vocabulary with Spanish curse words that I almost blurt out during especially intense episodes of Pasapalabra. The hundreds of other phrases I’ve learned will certainly come in handy for the next two months before I leave Spain forever, never again finding myself in an appropriate social context for calling someone “the milk” and it being taken as a compliment.

I was allowed to take three CEH’s partly because I need a CEH literature credit to graduate on time and also because I’m linguistically inept. It’s kind of like the time in P.E. when the teacher made us play volleyball every single day and eventually gave me “special rules” to keep me from derailing the game every time I touched the ball. My literature course focuses on various Latin American movements and is taught by an Argentinian professor named Santiago and his two assistants: the most impressive pair of eyebrows I’ve ever seen. As an English major, I compulsively answer questions in class, because 1) no one else will and the awkward silences are devastating and 2) I almost, kind of miss the discussion-based courses at Vassar. Though if you tell my advisor that, I’ll deny it. Unfortunately, I only sort of know what’s going on in all these stories, so Santiago usually just throws me a half-hearted “¿Sí…?” before launching into another last-ditch effort to make us take Freud seriously as a foundation for literary analysis. It’s been an interesting process. Amazingly, we have tests in that class too, which is really frustrating because the reason I became an English major in the first place is because my memory is terrible. Also I can type really fast and all the papers I write are preparing me for my destined career in secretarial work.

I know what you are thinking: “Jackson! You are such a bummer! Can’t you tell us something you like about Spain?” Yes! Absolutely. I secretly live my train ride to and from school. Not the subway part. The subway is a heaping pile of garbage on rails that somehow always lands me in the same car as a couple making out or some zealous street musician pounding out “I Want You to Want Me” on a mobile harpsichord. The train is where it’s at, giving me roughly an hour a day to casually read for the negligible expense of a metro card and my sense of personal space. Sure, I have to get up at 6:30 now to make it to my 9 a.m., but the literary enrichment I’m gaining is worth it. So far, I’ve read three Star Wars novelizations and both of Mindy Kaling’s autobiographies. Watch out, English Department Chair. This up-and-coming literary scholar is coming for your seat.

But really, la Universidad isn’t so bad. Even in my direct-enrollment course, few people have audibly discouraged me for my Spanish (not even after failing to get through the word “jerarquía” a grand total of four times in a room full of actual Spaniards) and the professors seem to appreciate my effort (I have one of those concentration faces where it’s clear that I’m trying really hard).

And three months into my Spanish misadventure, I’m actually able to follow most conversations. I wouldn’t say I’m “la leche” yet (especially not in front of my host mother, because I’m pretty sure it’s a bad word), but I still have until the end of May.