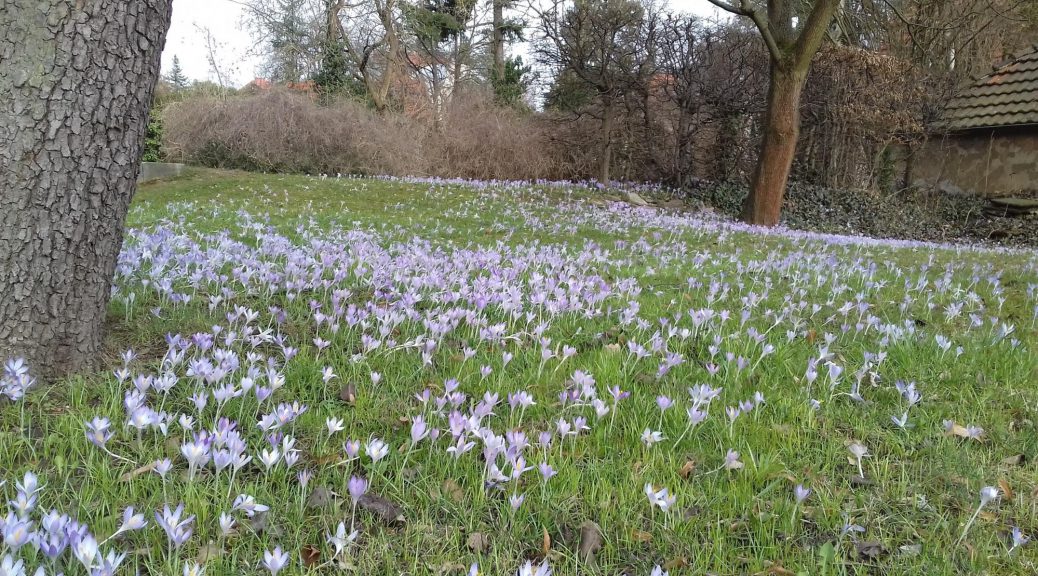 That long Vassar winter break is nice when all your friends at other schools are doing schoolwork and you’re still lounging in your pajamas, but imagine it dragging on to the end of January, then slogging through February, and spilling over into March…So naturally it was both exciting and relieving to finally be on a plane to Berlin.

I love traveling, and am fortunate to be able to sleep on planes, but I always get antsy at the end of a flight. Everyone just wants out, to have some room to breathe and stretch. Every plane I’ve ever been on, though, has been the kind where the door opens straight into the makeshift hallway leading into the terminal, where you feel a bit like you’re being vacuumed out of the plane, and can’t feel the fresh air until at least an hour later, after you’ve collected your too-heavy suitcases and inched past the irritable border control officer. Anyway, this time that pretend hallway was pleasantly absent. Instead, after an overnight flight, I stepped out into the weak morning sunshine and descended the mobile staircase feeling decidedly like Jackie O. or some other fancy, jet-setting 1960s celebrity, but definitely looking far less glamorous with my plane hair frizzling around my face.

Fast forward a bit through the first few hectic and jet-lagged orientation days. I’m staying with a guest family for the first month. The couple, generous and friendly, about the same age as my own parents and with a twenty-something son and daughter, live in a quiet little neighborhood in the southwest region of the city. The street is charming and the sidewalks are cobblestone. Every house is a fresh white or yellow, and each has its own little garden. Just a five minute walk away is the Grunewald, a large forest filled with joggers and happy birds. Sound too good to be true? It nearly is, but the almost-daily rain does dampen the mood a teensy bit. And it’s still basically winter. They say it won’t really be warm until at least May…

The first few weeks have also not been the Most Fun Ever just because of the bureaucracy we have to wade through to live and study here, but I can tell it will be worth it. The main focus of this particular program, run through Columbia University, is to get really good at the language. We are currently taking a language course to prepare ourselves, come April, to enroll in classes at the Freie Universität—in German. Regular classes with native-speaking peers. The thought blows my mind a little, especially given that just two years ago I could only read children’s books. My German is certainly already improving, but perhaps at the cost of my English. I have already found myself speaking English with German syntax, so I can only imagine what a mixed-up horror I could be potentially by the end of the semester. To be determined.

The first month or so of the program includes a group outing every week—a great way to see some historically and culturally significant parts of the city (and also tag ourselves immediately as tourists). Our first excursion was to Bernauer Straße, one of the most famous Berlin Wall memorial sites. This portion of the Wall ran directly down the street, using people’s homes as a portion of the border, leading to some dramatic and even deadly attempts to escape from East Berlin through the windows of the houses and into West Berlin, before the houses were boarded up for good. The houses are no longer there of course, since most of the wall is also gone, but pieces of the wall and other markers remain as memorials to what once occupied the space.

The next week we went to the Deutsches Historisches Museum, where we got a warp-speed tour through some of the most famous periods of German history, including the Weimar Republic, World War II and the post-war division and occupation. The museum itself lies just on the banks of the Spree River, and the rare sunny day gave us a fantastic view of the other spectacular buildings on the so-called Museum Island, including the famous Berliner Dom.

The more I see of the city, the more thankful I am that I get to stay for several more months; there is just way too much to see as a short-term tourist, not only because of the intense history and vibrant art and architecture, but also because of its sheer size. The term “Großstadt,” which translates to “big city,” can hardly describe the breadth of Berlin. It’s only 100 kilometers bigger than New York City, but feels simultaneously much bigger and much more manageable. Huge, yes, but somehow not intimidating, just exciting.

Adjusting to life here has been pretty easy for me, with one glaring exception: time management. The stereotype of the punctual German exists for a reason. My natural tendency towards lateness has regrettably deteriorated since I came to Vassar, where nothing seems to begin on time. But here, everything seems to run like clockwork, down to the impeccably timed crosswalk signals. The U-Bahn trains aren’t late and to get on and off you press a little button on the door, people step out, others in, everybody knows just where they’re going, and boom, the transaction is over in seconds. Timely, self-sufficient, organized.

However, other common stereotypes about Germany have, of course, proved untrue. For example, diet: if asked to think of a German food, most people would probably say sausage, or maybe Wiener schnitzel. But everywhere I’ve been, I’ve found vegetarian and even vegan options. Most stereotypes Americans may have of Germany—think lederhosen, yodeling—are both antiquated and regional (although the cheap-and-abundant beer is happily not a myth).

Everyone says that Berlin and Germany are two very different places, and from what little I’ve experienced of each, I’d have to agree. But I’ll need to test that further—got a lot more exploring to do. Stay tuned for more adventures (and hopefully more exciting ones than visas and grammar) in the Hauptstadt.