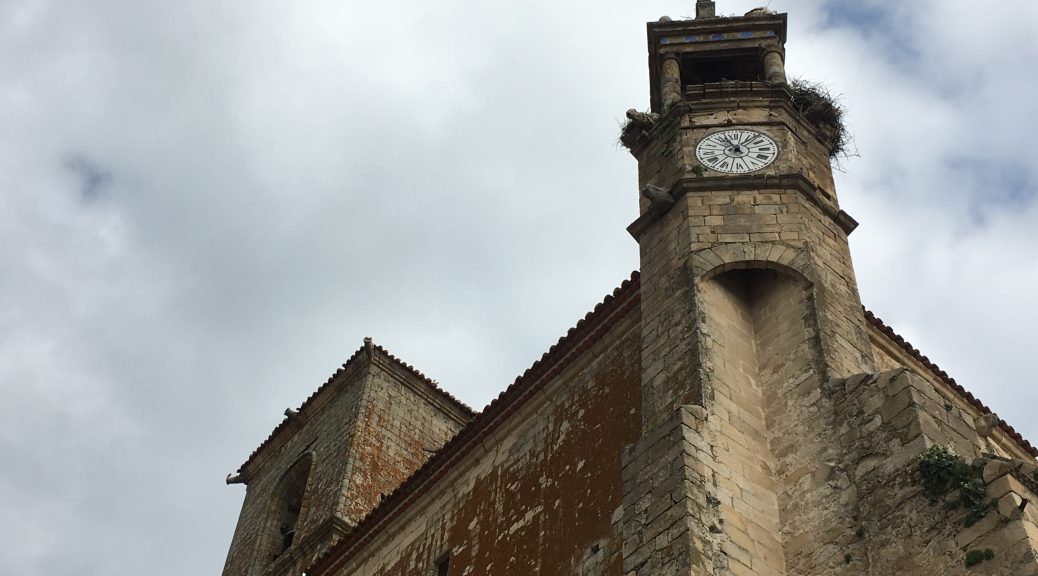 At the end of our orientation in Granada, I found myself in another airport, desperately wanting to miss another flight. Not wanting to get on planes has kind of become my thing lately.

At that point, I had decided that Spain might end up being okay. I mean, really, Grenada was a sweet gig. All I had to do was sit through three hours of exceptionally boring classes each morning and then Nicolás (our dauntless director) would herd us through cobblestone streets the rest of the day, buying us food and wine and smiling politely as I continuously mixed up “ser” and “estar.” Why did we have to leave? Wouldn’t it be better to just live in a hotel the rest of the semester in the center of a tourist trap?

Nothing terrified me more than the prospect of meeting my host mother, whose name and address came to me on a print-out the day before our departure. Mari Carmen. Age 69. No pets. Well geez, no pets? What was even the point of studying abroad?

Only by burying my nose in Carrie Fisher’s autobiographical Wishful Drinking (5/5 stars, by the way) could I get through our hour-long flight. We hit a wave of turbulence during the last 20 minutes, and all I could think was, “Who will tell this Mari Carmen that we all died and that she should start looking for new renters?” We did not die, however, a dashed expectation that was quickly becoming a trend for my semester.

I landed. I got in a cab. I tried to convince the cabbie to drive me back to Missouri, but he neither spoke English nor drove a seaworthy taxi. And despite my best attempt to melt into the floorboards, I eventually had to get out and meet this woman to whom I was to be bound for almost five months.

Mari Carmen and I were paired solely by the virtue of her vegetarianism, which would save me from the constant danger of intestinal failure via Spain’s pork obsession. She goes to the gym every day, used to own a cafetería and could probably bench press me. We kind of got off onto the wrong foot. The wrong several feet actually. She’s been doing this host-family thing for over 20 years. Her last Vassar student stayed for two semesters and allegedly spoke better Spanish than she did. I would have assured her that there was no danger in that with me, but suddenly I had forgotten every Spanish word I had learned over the past two and a half years.

We had many misunderstandings. I tended to just say “sí” to everything, whether I knew what the heck was going on or not, as this was one word I felt I had mastered. This is a mistake, [email protected] If you do not understand something, please tell your host family. You may worry about irritating your hosts or embarrassing yourself (both of which will happen anyway), but trust me, it’s way more frustrating when you’ve broken a rule you don’t understand and suddenly you’re wading through a stream of rapid-fire Spanish commands, not sure how to help your host mom clean up the vase of water she just dropped because every time you approach with a towel she starts screaming about broken glass and wet floors.

Now that I’ve been here for over a month, Mari Carmen and I are much more comfortable with one another, and while we don’t hang out much, I’ve stopped hiding from her in my room. Besides our chats in the kitchen (which she refers to as her “oficina”) we have bonded over a gameshow called Pasapalabra. It’s like Spanish Wheel of Fortune but with more rules, more celebrity guests and more money. We’re obsessed with it. We watch it during dinner each night and while I seldom understand the announcer’s questions, I’ve still learned a lot from Mari Carmen’s commentary.

For example, she tells me that if a man has his left ear pierced, that’s the “the gay ear.” My seventh-grade sources claim it’s the right one, but I’m going to have to defer to Mari Carmen on this one since she has an extensive knowledge of the genders, sexualities and dating histories of each celebrity guest on the show. She even used to serve breakfast to Javier Cámara, star of the over-advertised hit comedy Es por tu bien. If you’ve watched any Spanish TV in the past six months, you’ve probably seen an ad for it. The movie looks terrible, but it’s my new claim to fame.

The host family experience, while no doubt the most direct route for Spanish immersion, varies wildly in the success of its execution. One of my friends hit it off so well with her host mother, that she’s already made plans to visit Madrid every year for like, the rest of their lives. Others have had less positive experiences. One guy in my program is in an endless domestic struggle to use the fridge and other basic amenities. Another one is living with a mosquito infestation. Despite my ups and downs this first month, it obviously could be worse, and for most students, it’s just a matter of time and adjustment to living with strangers who have their own customs and expectations. (Rules and customs that, I don’t know, maybe could have been explained a little more slowly using a more basic Spanish vocabulary. Just a thought!)

If you’re really lucky, maybe you’ll make a life-long, elderly Spanish friend. If not…well, you can kill plenty of time en la Universidad, the sordid details of which I’ll save for my next post. Hasta luego, [email protected]