Although I’ve never read The Picture of Dorian Gray all the way through (I’m a sham of an English major) I’ve recently been giving some thought a particular Oscar Wilde quote. I saw it few weeks back while sitting on le ligne 6, heading to Reid Hall for class. From what I could make out from behind the smudged Plexiglas and bobbing Parisian heads, it was something to do with the difference between existing and living. The full thing reads, “To live is the rarest thing in the world. Most people exist, that is all.” I’m not sure if he realizes it, but Mr. Wilde sort of threw me with that one.

For about a week, which happened to be my February vacation, Oscar Wilde, sporting his fur collared overcoat and impossibly fluffy hair, followed me around Paris. On the metro, getting a sandwich, even buying tissues, there he was, hanging out, casually poking me like, “hey, so just wondering when the whole living thing was going to happen? Like timeline-wise where are we?” And while in some ways Mr. Wilde is right, I think I’d like to complicate his theory. If I could sharpie in something on that little metro ad, a task for which I definitely do not have the audacity, I would add a little note about the merits of allowing oneself the time to exist.

In a lot of ways, as the semester begins to pass increasingly quickly, it feels sacrilegious to have a “lazy” day in Paris. However, I think I’ve done some great existing this past month.

Sometimes, existing means just spending the day at home and doing laundry. I remember calling my parents, extremely satisfied with myself and telling them “I had such a productive day, I did the laundry and ran the dishwasher in French.” Understandably they where kind of like, “what the hell,” because pushing a few buttons with French words isn’t actually that hard. BUT, as I explained to them, that strange feeling of pride came from the fact that I was making a home for myself in Paris. Falling into a routine here has been immensely satisfying. Saturdays, I’ve been honing the perfect morning combination of visiting the Passy market, picking out a cheese from the fromagerie, grabbing a warm chocolate chip brioche from Aux Merveilleux de Fred, and heading home to relax and enjoy the afternoon. I’ve even tentatively opened my balcony doors a few times in order to enjoy my spoils with a tolerably frosty breeze.

The epitome of my “existing” over the last few weeks actually happened the other day, as I was getting a bento box for lunch at a Japanese restaurant a few blocks away from my house. When I came up to the register to pay, expecting the usual “Bonjour,” followed by “dix euros s’il vous plaît,” the cashier said something rapidly in French, while smiling—which in French customer service is something of a rarity. What I think he said, after repeating it a second time, was possibly along the lines of “I think I recognize you from such and such place, do you work at such and such store?” Of course I handled this moment with the greatest dignity, turning bright red, saying “non” and sprinting out of Hana Bento. To be clear, this was probably the most flattering moment of my Parisian existence thus far, because for a moment, an actual Parisian confused me for one of his own.

Now, to appease Oscar Wilde, I’ve also done a decent amount of living this February. This week alone included two outings to the theatre, a meal of snails and pig’s feet at Bouillon Chartier, and a hilarious evening of jazz and sangria. To elaborate on the jazz, one of the tutors at Reid Hall invited us to come see her husband’s band, Cobra Fantastique, preform at a club near Bastille. Between a failed “la bisse” (the French tradition of greeting people with strange, irrational cheek kisses) and the jazz/funk combination, it was a singularly wonderful, very French evening.

Another highlight of this month was a visit to the Salon d’Agriculture, the national exhibition for produce, animals, cuisine and farming technology. Expecting something akin to the Ohio State Fair, I was on the fence about getting up early and spending my morning with a few French cows. However, hands down, the Salon d’Agriculture was probably one of the coolest experiences I’ve had in Paris thus far. The event occupies the space of eight arena sized buildings dedicated to livestock, French cuisine and wine, rabbits and children, horses, dogs, international cuisine, technology and vegetables/fruits. I arrived planning to spend maybe an hour and ended up staying for six and skipping my literature class at Sorbonne Nouvelle (thanks Oscar Wilde). It was a blissful day full of free goat cheese samples, meeting famous, award-winning cows, and aggressively attempting to make the horses at the petting zoo acknowledge me.

Now, I’m not sure what category this falls into (Existing or Living) but I’ve also begun an internship at Lycée EIB Étoile, a bilingual French/English high school. On Thursday mornings, I work with two English creative writing classes at the “Seconde” level, which essentially corresponds to freshman year of high school. As an intern, I help the professor during “writing workshops” and work one on one with students to review their pieces for the week. Currently, the students are working on opinion papers, something completely foreign and difficult for French students. In the French writing system, students are taught to write extremely formulaically, with phrases like “I will present my argument in three parts,” and then they actually go on to explicitly list the three parts. So, creative writing, especially when it comes to presenting their personal opinions, is a challenge.

However, I was completely blown away by how thoughtful and strangely progressive their opinion paper topics—of their own choosing—were. As the students went around the room sharing their topics with the class, I was shocked by how many students wanted to tackle really serious topics, from abortion rights to equal pay to eating disorders. Of course, this is coming from the person who wrote a six-page opinion piece sophomore year of high school about cilantro (it’s the worst). What was most interesting to me was that two of those topics—abortion rights for women in the US and equal pay in the workplace—were presented by male students. It was actually kind of surreal sitting down with a 15 year old French boy and discussing current issues about the defunding of Planned Parenthood and refreshing to see how appalled he was by the state of women’s healthcare in the US.

Anyway, coming up this month, I’m looking forward to a day trip to Rouen, several papers/projects and a weeklong visit from my favorite Vassar Art History major! À la prochaine! 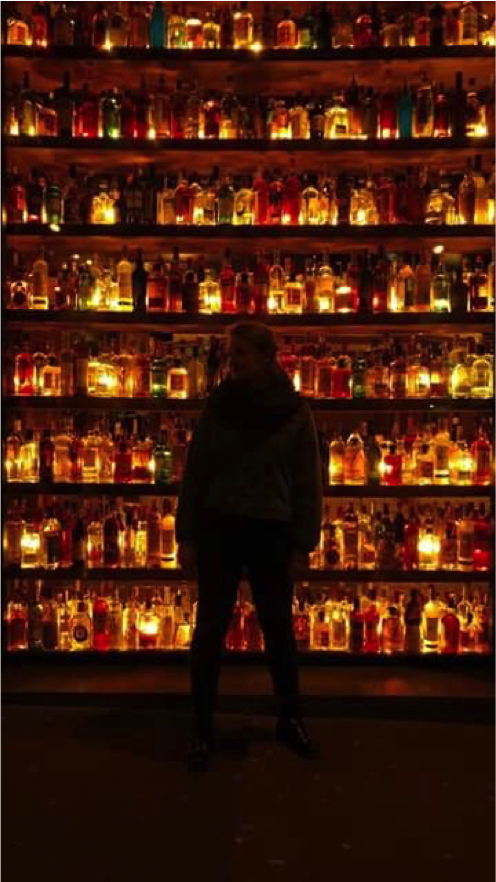