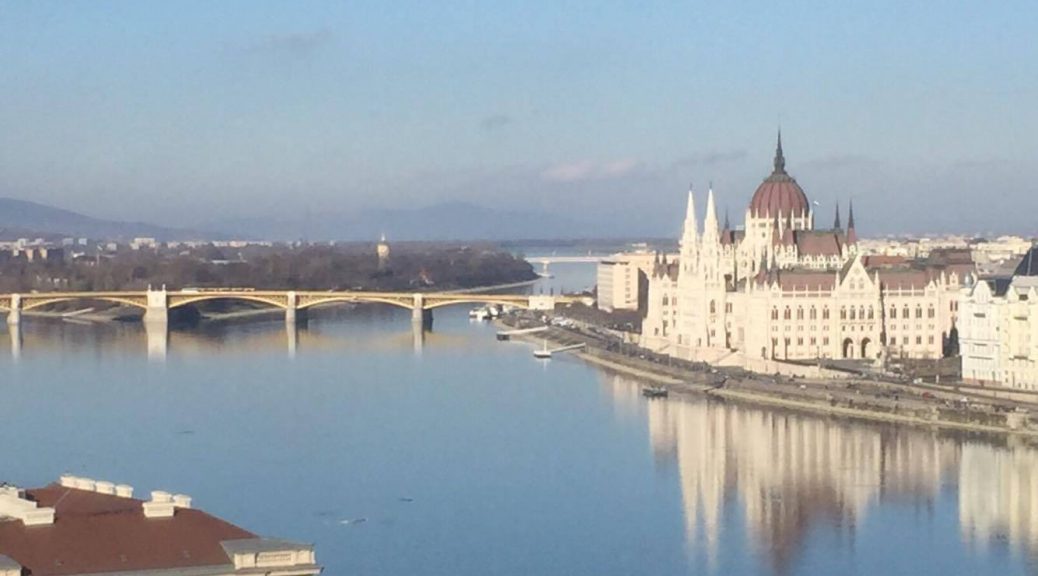 My second month in Italy has been an effective loosening of the leash on the part of the program directors. Perhaps that is a bad metaphor, because the program trips on the first weekend to see mosaics and towers are not a limiting or controlling experience in the slightest. What I mean to say is that our tours around Bologna and nearby cities were similar to taking a dog for a spin around the suburbs, and in contrast, this past month has been an utter dog park, in which the only boundaries are my poor planning skills and my ever-dwindling bank account balance.

I submitted the last post from the Bologna airport before a four day adventure in Budapest with six other kids on the program, three of them fellow Vassar students. Having survived a flight with my knees crammed into the back of a seat clearly designed for smaller Europeans, we arrived to our Airbnb on the West side of Budapest. Highlights from the next few days include an exceptional day trip to Vienna and a view of Gustav Klimt’s masterpiece “The Kiss” that in person could make even an Act I Scrooge emote. It was also remarkable to visit the outdoor baths in Budapest and see hundreds of pruney-fingered people relaxing together, regardless of nationality. I found that environment hard to leave, aside from the fact that doing so meant a 100 foot walk through the bitter cold air.

One weekend, I decided on a whim that I wanted to do a day trip to Florence, alone. One thing that has definitely taken a hit here in Italy has been my time spent, as they say here “da solo.” Perhaps this is partially due to the fact that Italians are quite friendly and social, even to strangers. It might also also stem from having a roommate. Regardless, without the quantity of homework that forced me to garrison myself in a cell of the library basement like a monk in one of the monasteries I have visited, I have found myself secretly yearning to unlock my apartment to find it empty, at least just for a little while. Thus, I decided to catch one of the first fast trains out, and the last one back to Bologna for a complete day in the city. Having had a bit of an experience last month with works of art that are dozens of times more powerful than when they came from a projector, I figured I would need all the time I could get.

Perhaps because it was a bit cloudy, maybe because February is the tourism offseason, or because I timed the day well, but I spent a total of 15 of minutes in line all day, roughly equivalent to how long I stood in front of Titian’s Venus of Urbino. The Uffizi gallery was European Art History’s greatest hits album. Room after room was filled with items from my Art 105 monument list handout. I pondered how, apart from her divinity of course, Botticelli’s Venus could stand on a clam in that position so effortlessly. I reveled at the pained look on the replicate Laocoön as he and his children are killed by serpents, remembering my own pain of translating that scene of the Aeneid. I enjoyed seeing the Baptism of Christ, a work that Leonardo co-painted with his mentor, and being able to clearly identify the parts completed by the young genius by their distinct style. When my mentors let me engage in a project, it usually results in a few ruined experiments, not a world renowned work of art.

Because I had savvily Googled “things to do in Florence,” the day mostly passed in expected splendor. However, there was one unexpected spectacle that was truly absurd. As I approached the Piazza Santa Croce, I discovered a crowd of people around a makeshift arena filled with sand and an assortment of paunchy old men in Renaissance-era clothing competing in a strange sport that involves colliding with each other and tossing a ball around. I learned from asking the Florentines also watching that the game is called “calcio storico” (historic soccer), or calcio fiorentino, and has roots in the Renaissance. The game seems to be a combination of handball and rugby, in which teams try to move a heavy ball to the other end of the pitch and score a “caccia” by throwing it into an elevated net that sits a few feet above the ground and spans the width of the field. However, they must be accurate, because an attempt missed over the net is a half point to the other team. From what I saw there is almost no physical contact that is illegal; even the old men were striking each other with tremendous force. Of course, as a perennial intramural tryhard, I was thrilled to watch, not just the game, but the traditional serenading of the winners by others who had watched the match also dressed in clothes from 500 years ago. I found out later that traditionally the winning team would also receive a cow, but sadly I did not see this happen.

For some reason, among all my plans for that day, unexpectedly finding the calcio storico match—which a bartender later told me was in honor of a game held in this same location in 1530 when the city was under siege—was the most entertaining and enlightening. Seeing the figures crashing in the sand to the delight of the locals and tourists alike brought more vitality into the austere environment presented by the Duomo, Ghiberti’s gold doors, or the gigantic David.