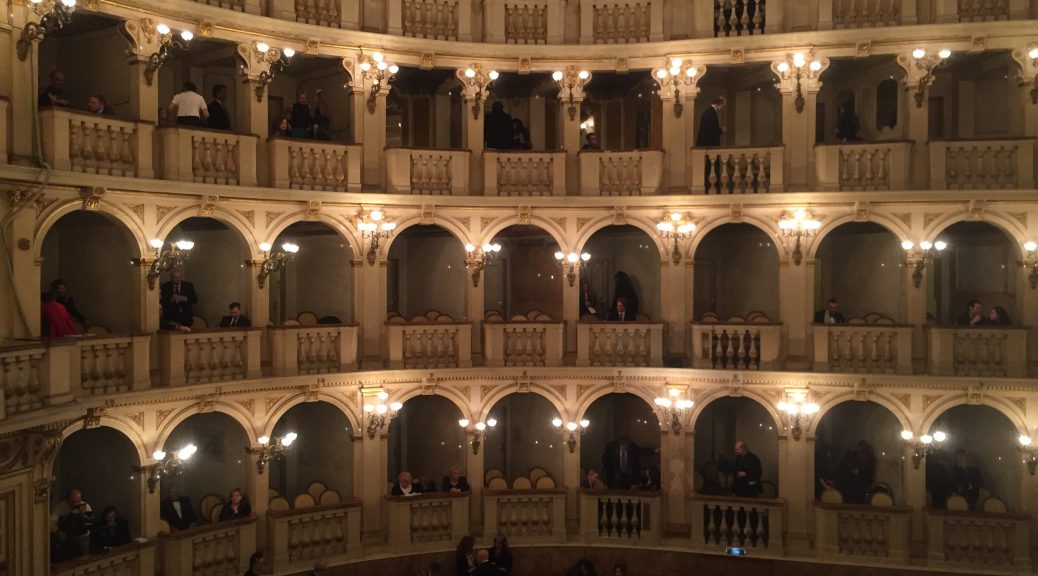 Just to preface this, I have not composed anything in English outside of messaging apps or Snapchat captions in almost a month, so if my phrasing seems a little out of whack, it’s not my fault that I’m worldly. It is my fault that I seem to only have the capacity to master prepositions in one language total. I noticed this because along with my now moderate capacity at getting Italian prepositions right, I also have said things to the fellow Americans in my program such as “you aren’t going to the right direction.” Just to be clear that would be utterly wrong translated in Italian as well.

The first experience that the other 16 American students on my program shared upon was that we had almost no idea what our life would be like these next five months. And I don’t mean that in a cliché way as in “I had no idea what to expect wow!” But actually we had received next to no information apart from our travel plans and that we would be picked up by the program leaders and transported to our respective “Studentati” (dorms). We had no idea who/ how many other students we would be living with, where these dorms were, if we would have roommates, or where and when school would start, etc. Interestingly, Italians don’t seem to see this as a problem. My best friend from home is so organized that he probably knows how many drawers there are in the desk at the job he has already secured for his three years out of college. I can only imagine how he would respond to “You’ll find out about your schedule and living arrangements several hours after you deplane.”

Italians it seems don’t understand this plight, and things tend to go day by day here. For example, I bought a panino (we americans say a panini, which is unfortunately the plural)  from a hole in the wall place the other day, and the lady that works there didn’t have enough change for me, but she and I just decided that I could come back next time and pay less to make up the difference.

Actually, I think that starting off with a bunch of unknowns was actually an ideal way to go into this abroad experience. On my first free day, I wandered around the city in a jetlagged haze; I tagged along into a mass just so that I could see the inside of a church. I grabbed a piece of pizza and had a fun conversation with an adorable four-year-old who had the same slice as I did, and I think I was able to successfully hide from her and her parents my resentment that she was more adept than I at knowing the genders of nouns.

Walking around the center of the city represents such a collision of modern and older cultures. I saw a tiny kid pushing a mini plastic shopping cart and not listening to his mother under the looming gothic basilica San Petronio, that first began construction in 1390. McDonalds (pronounced here as “MacDonald’s”) are perched on the corners of streets where scholars from the University of Bologna have walked since 1088. I myself was guilty of taking a selfie with one of the lions that guard a church in nearby city Modena, which was consecrated in 1184.

Perhaps it’s because I’m one of the few people that doesn’t live here all the time, but I find it so funny to see people going about their daily business without a second glance at these unfathomably ancient and important monuments. I saw a lady angry with her dog “raggu” telling him to sit (in Italian which of course he understood perfectly) under an stunning Roman arcade. I suppose that’s what happens when you live somewhere for long enough; God forbid I ever have to look at the fucking Liberty Bell again.

While it would be excessively dull to go over how many things I have said “che bello” at, I must reference my moment of Joycean “aesthetic arrest.” It happened at the Basilica of San Vitale in Ravenna, a city characterized by its mosaics. I extensively studied, or rather lazily reclined as the art history professors in Art 105 tried to stress the importance and beauty of these works. I did not really understand until I was there, staring up at each vibrant, expertly placed piece, not caring that my neck was sore or that my tour group was leaving. My high school once tried to champion the phrase “be here now” to encourage us focus on each moment and experience. While that did not go so well at the time, I can assure you that in San Vitale in Ravenna, I was only there, arrested, as I can only imagine hundreds of thousands of visitors have been since 547 when the church was completed.

Despite this incredible beauty I have gotten to witness, every excellent wine buzz, the fact that I cut through a dog park to walk to class, I look at the news from home with trepidation every morning. As surreal as it must feel to be in the states in a time like this, it’s almost weirder being here. This isn’t to say that the Italians don’t care. Almost every Italian I meet wants to ask me about Trump, and I can honestly say that I didn’t expect to say “odio” as much as I have during my time here.

The news pieces coming in have strangely coincided with learning about Italian fascism in my intensive Italian course. Other, better heads have analyzed the similarities better than I could. However, one thing that I can say is that during our latest unit we also studied “I partigiani,” the Italians who bravely resisted the fascists, often resulting in their own brutal deaths. We visited a monument on sheer cliffs outside Bologna where 100 Italians in the Resistance were killed and pushed off the cliffs by German soldiers, many of them between the ages of 18 and 25. I’m not going to say that the Trump administration will go as far as fascist Italy, but if it happens, maybe we can draw lessons from these stories, this history in order to effectively combat a corrupt regime.