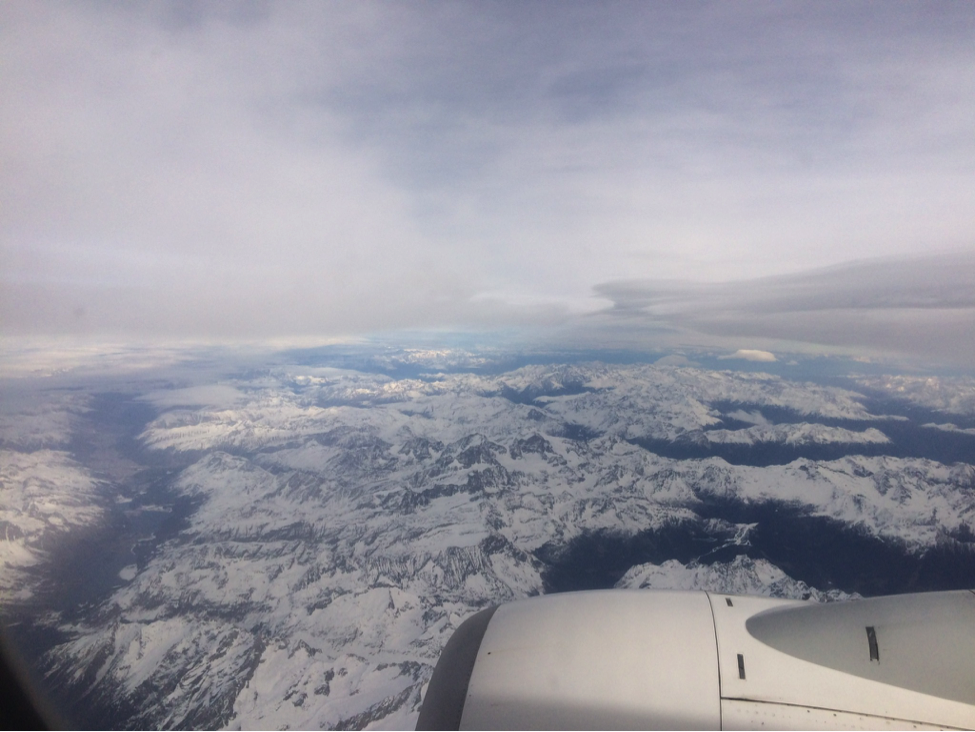 It’s hard to believe that this semester is ending. As cliché as it sounds, it seems as though last week I had arrived in Germany, getting ready for orientation. And now, I have completed my finals and am packing to go home. It’s even harder to fathom that at one point I did not want to leave home. After meeting so many people and making so many memories, I’m glad that I decided to come. 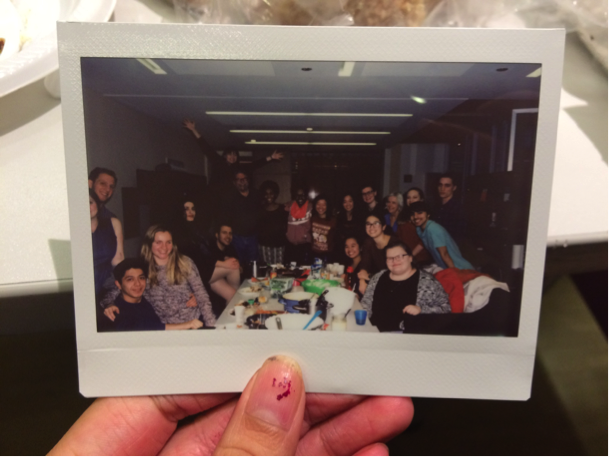 December sure has been a whirlwind of last minute traveling and cramming to study. After a lovely Thanksgiving with my fellow American students, we packed up to go to Geneva with our European Healthcare and Welfare class. The following weekend, a couple friends and I ventured to Milan. This weekend, I am traveling to Bristol and London to visit family. Then next weekend, I will be home for a week before returning to Vassar.

For our last excursion, we travelled by bus to Geneva, Switzerland for 15 hours. Thankfully, it was during the night which allowed us to sleep most of the way. However, 15 hours by bus is still a long time. Fortunately for me, we stayed at the back of the bus where the seats were facing each other, allowing me to fetch a decent night’s sleep. 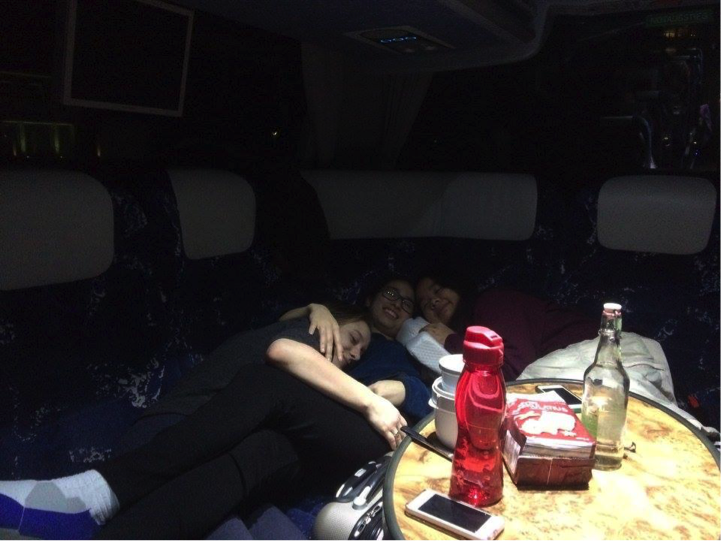 In Geneva, we had the opportunity to visit the WHO, the Palais des Nations, the Red Cross Museum, CERN, and the Christmas Market in Montreux. Though very beautiful, Geneva is hella expensive. I paid 10 euros for two egg rolls as an appetizer. In other places, 10 euros would fetch me a pretty decent meal. But luckily for the people of Geneva, their salaries are adjusted to the living costs of the city. Unfortunately, for tourists like me, it means forking over some serious cash. 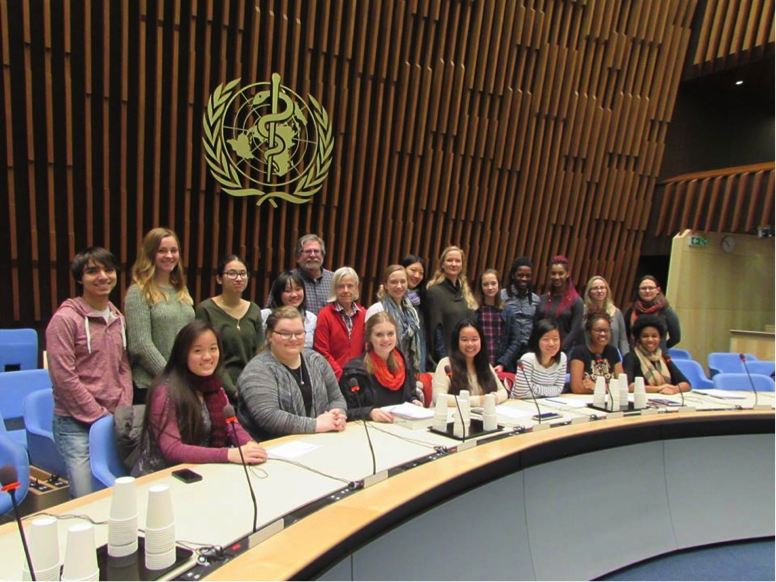 The WHO was very exciting; we were able to have a discussion in their very own conference room where health delegates from around the world convene to discuss various topics on health.

CERN was also cool. Though I’m not familiar with the work done there, we were able to learn about the particle accelerators housed there. We were even able to have a glimpse of the control room. 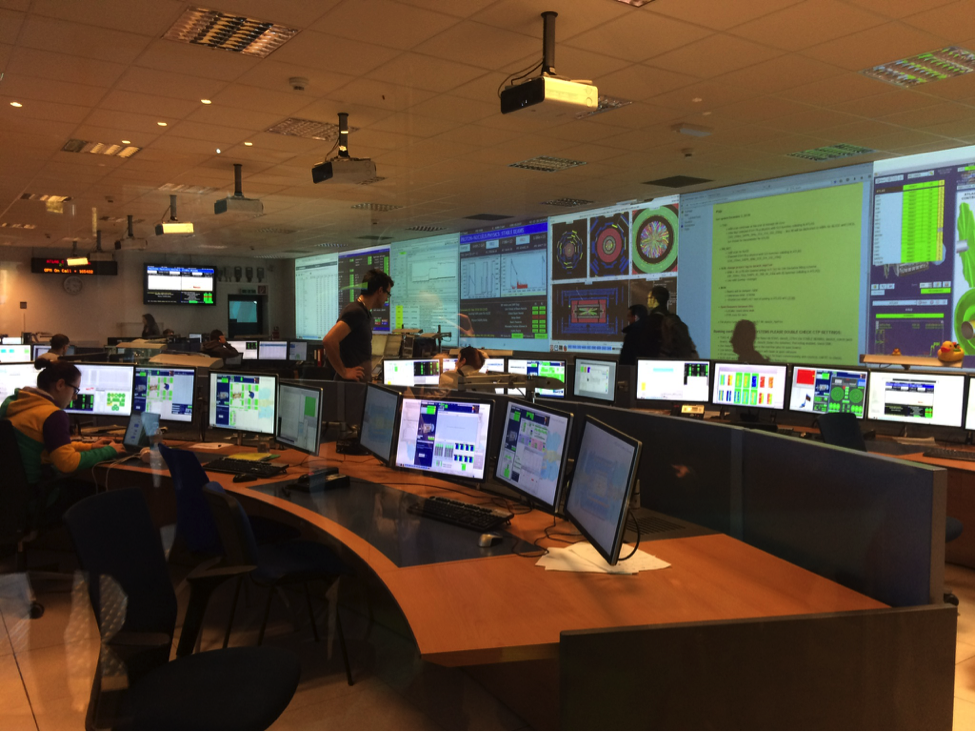 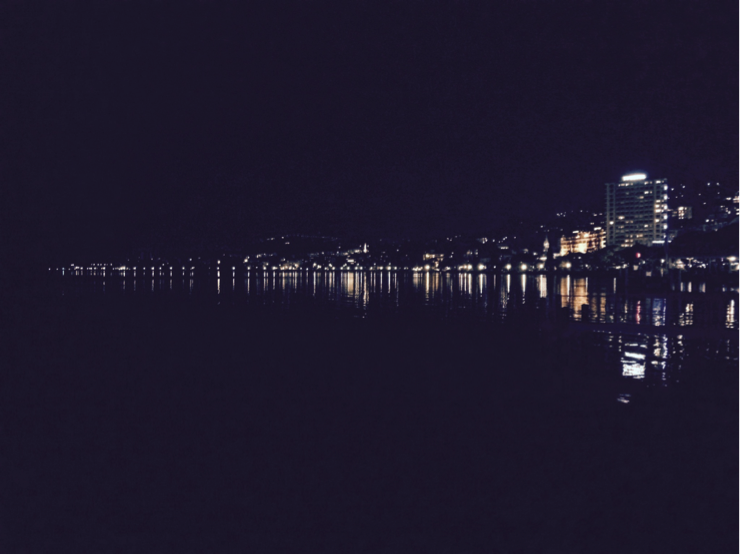 One of the last stops we made in Geneva was to the other side of the lake to Montreux. Unexpectedly, Montreux was one of the highlights of this trip. At this time of the year, the annual Christmas market runs on the lake side. The view is breathtaking both in the day and during the night. #instaworthy

The three days I spent on campus included finishing my science poster for one class, a presentation for another, and a final for German. But after all the work, I was truly blessed to visit Milan. Italy had been one of my dream destinations and to be able to visit with my friends was a dream come true. A plus was being able to see the Alps for the first time when we landed. 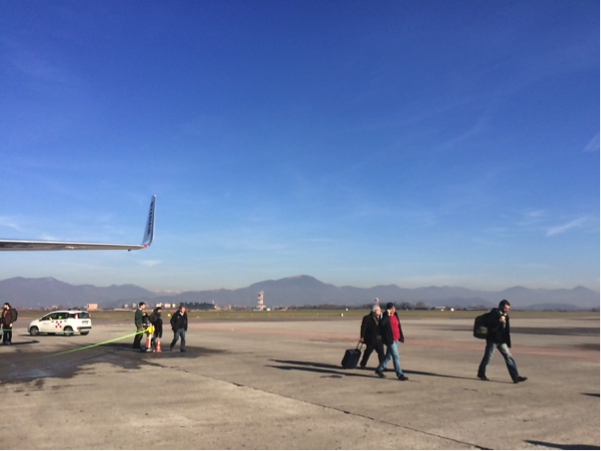 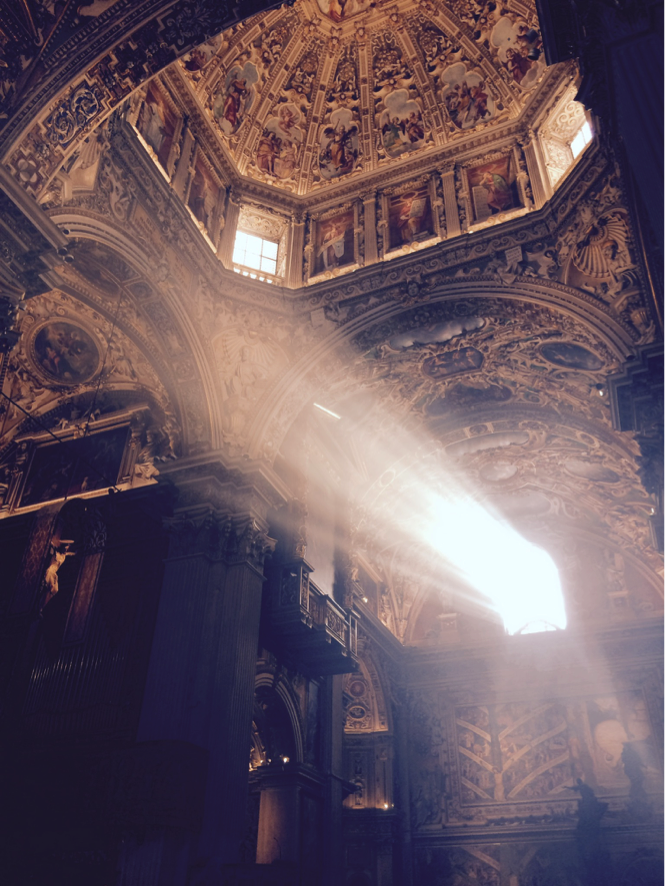 Before heading into Milan, we decided to explore the town of Bergamo. In our short time there we were able to visit the Basilica and the Duomo. Italy does not play around with their churches for sure. Every inch of the Basilica was covered ornately. Everywhere you looked there were small details that you had missed before. And to think we just stumbled in after looking for food. 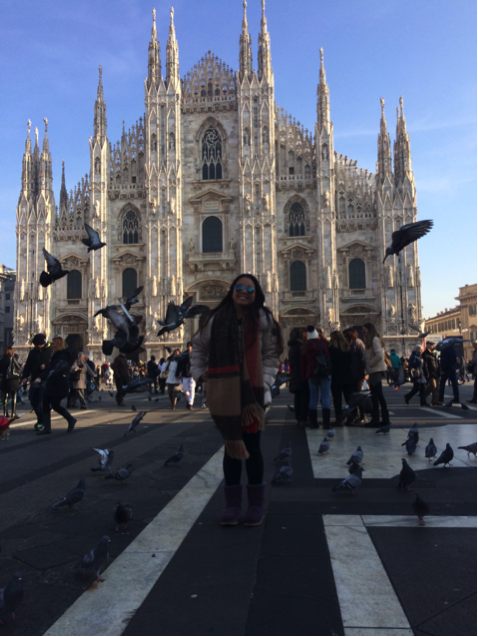 Milan was everything I hoped it to be and more. It was beautiful, the food was great, and the wine didn’t burn. Each dinner we had out was better than the last. Also the weather was fantastic: the sun was out. It was nice to finally soak in some Vitamin D for the first time in weeks. 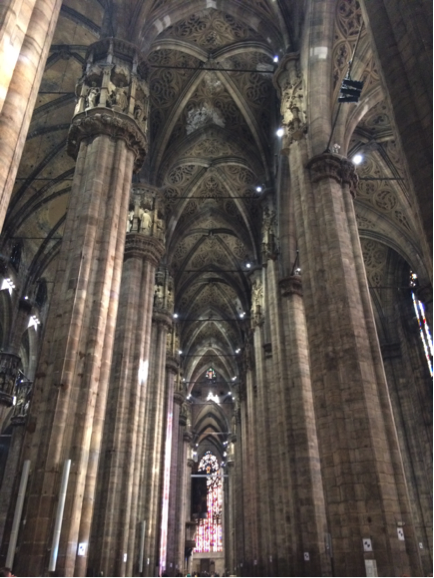 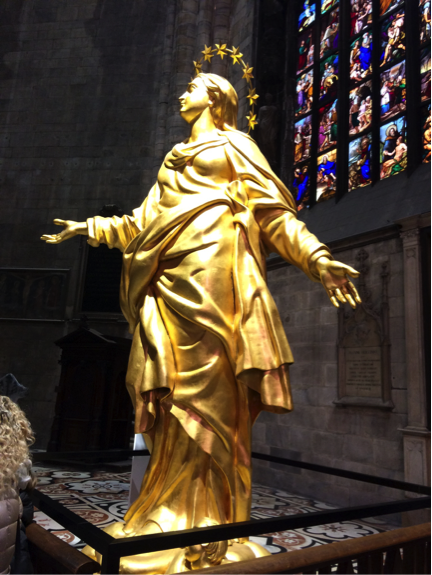 In Milan, a must-visit is the Duomo. It is a magnificent architectural structure. If the Basilica in Bergamo made me feel unworthy, the Duomo made me feel insignificant. The inside is vastly different from the appearance outside. Outside, the church seems like a bright building, filled with light. On the inside, the gothic structure is very imposing and somewhat dark. I completely understand why it took a couple hundred of years to complete. The amount of detail like the Basilica are innumerable: everywhere you turn there is something to see if you look hard enough.

Other sites we visited were the Galleria Vittorio Emanuele II, the Sforza Castle, the Torre Branca, and Brera.

But like every trip, our time ended very quickly and we headed back to campus to face our finals.

Knowing that in a couple of days I will be returning home makes me feel like I’m not ready to leave just yet. Though the academics at my university were certainly subpar to what I experience at Vassar, I will definitely miss the people I have taken this adventure with. My experience would not have been so positive without them and I am grateful that we crossed paths. Auf Wiedersehen Deutschland! You the real MVP! 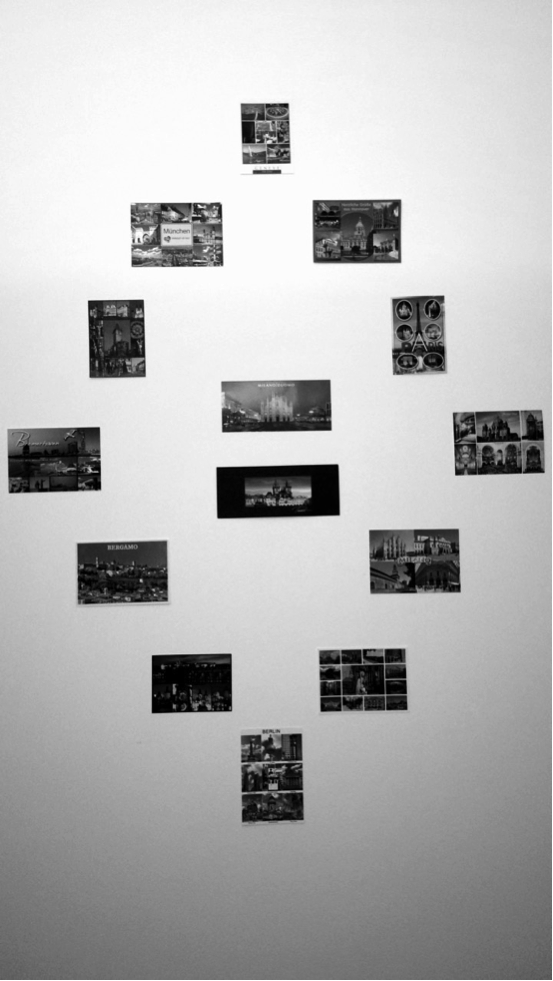