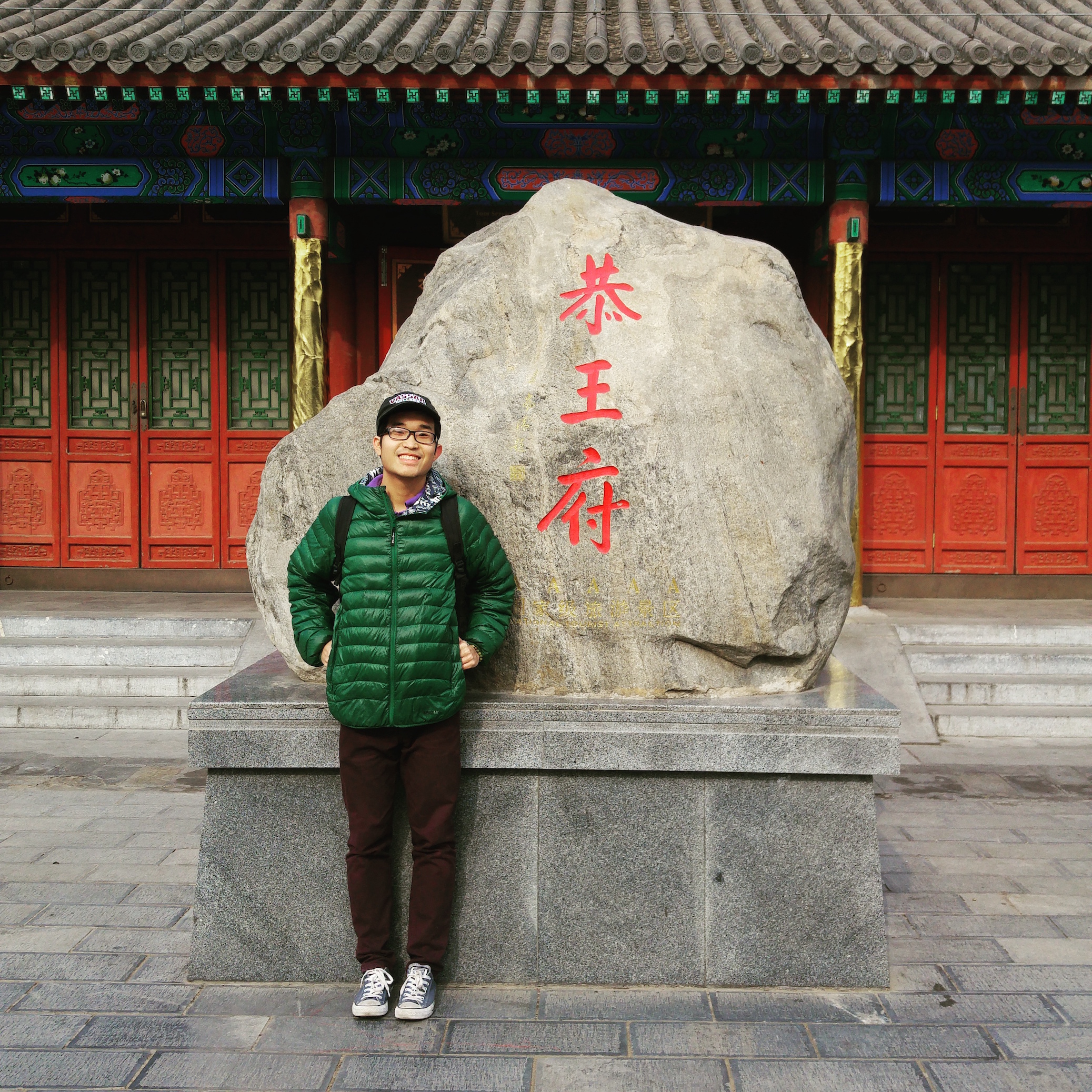 I want to dedicate my second and last post to my feelings for the beautiful city of Beijing and how this exchange program has changed me as a person.

While I have mixed feelings about the program during the first few weeks after I arrived, I gradually came to appreciate my experience here more. I have become more mature and adaptive. Living by myself without a support system or someone to check up on me regularly would have once been a scary thought to me. However, after this program, I am glad I learned to properly take care of myself, both physically and mentally, familiarize myself with the new environment, and most importantly, not struggle to survive every day but enjoy myself and make the best out of my journey here.

As an exchange student, I have been taking classes with domestic students, and I must say that Chinese students, or at least students at Peking University, have admirable attitudes towards the pursuit of knowledge, a.k.a. studying. They always seem to be interested in learning new things and challenging themselves. As a result, professors would raise their expectations, so I usually find the assignments challenging and the grading harsh. After a while, I discovered that the competition among students at Peking University is real, at least in the Economics Department, as only one-third of the class can walk away with an A. Chinese students, normally with pressure from their parents and teachers and high expectations they set for themselves, tend to be overachievers. Having had a chance to work with them on a class project, I have to admit it was eye-opening how much effort and time they put in our project. In such an environment, I had no choice but force myself to try harder every single day to keep up with all these bright students. For the first time in my life I could dare (or be obligated) to accomplish something I once thought was impossible. In fact, I have just prepared for one midterm and finished a report (probably the longest in my entire student career yet) with 39 pages all in less than one week. Although I once incessantly ranted about how ridiculously demanding some classes at Vassar were, I now cannot express how thankful I am for them to have prepared me well for this semester abroad.

My experience in China has certainly been different from that of a white student. In this country, as long as your skin is yellow, everyone will automatically assume you are Chinese and speak to you in Chinese. Even though my command of Chinese is decent enough to handle most conversations, at first I still found it overwhelming and draining to function in Chinese 100% of the time and to be expected to know all the Chinese common knowledge. I could not remember how many times I have embarrassed myself in front of other Chinese students for my misunderstanding of their references. That being said, I have also learned many more things about Chinese people’s lives that are not significant or “Chinese politically correct” enough to be included in classrooms’ materials.

It has definitely been a rewarding experience as an exchange student. The fun part, though, is all about discovering the gorgeous Peking University campus and the historical and cultural city of Beijing.

While Shanghai is a modern and bustling city, Beijing is a clash between the old and the new, the calm and the spirited. Some historical places I have visited such as Tian’anmen Square (where the 1989 massacre incident happened), The Forbidden City, Nanluoguxiang (a famous and touristy traditional Beijing alley) are all in close proximity to modern malls, fancy restaurants and bars.

I particularly enjoy window shopping in Sanlitun area on the weekends. The area is very popular among tourists and expats living in Beijing for its bar culture, food and arts. It has almost all of the popular American and European stores on top of awesome Chinese boutique shops, restaurants and bars that can satiate one’s cravings for any cuisine (from Mediterranean to Mexican, from Indian to Southeast Asian). The area also showcases the innovative contemporary-traditional Chinese architecture.

My honorable mention would be The Great Wall of China. Of course how can I miss The Great Wall when in Beijing? The whole architecture is colossal and parts of it are as steep and treacherous as they can be without actually killing climbers. Falls and even injuries are very likely if you are not careful and hold on tight to the wall or the safety hand bars. As physically demanding as the wall is, every Chinese national is expected to climb it at least once in their lifetime, as one Chinese saying goes “If you don’t climb the Great Wall, you are not a true Chinese.” Unsurprisingly, my constant impression of all of these places is the sheer amount of people. They are mostly Chinese people from other provinces who come to visit their country’s capital (usually for the first time), and, as a result, they were just as lost as I was. There have been quite a few times when I got mistaken as a Beijing local and was approached with questions about how to navigate around.

Despite a rough start, I now find my experience here in Beijing a fun and rewarding one. For the moment I still have one and a half months to enjoy this lovely city before heading back to the States, but after that I will definitely come back soon for more.