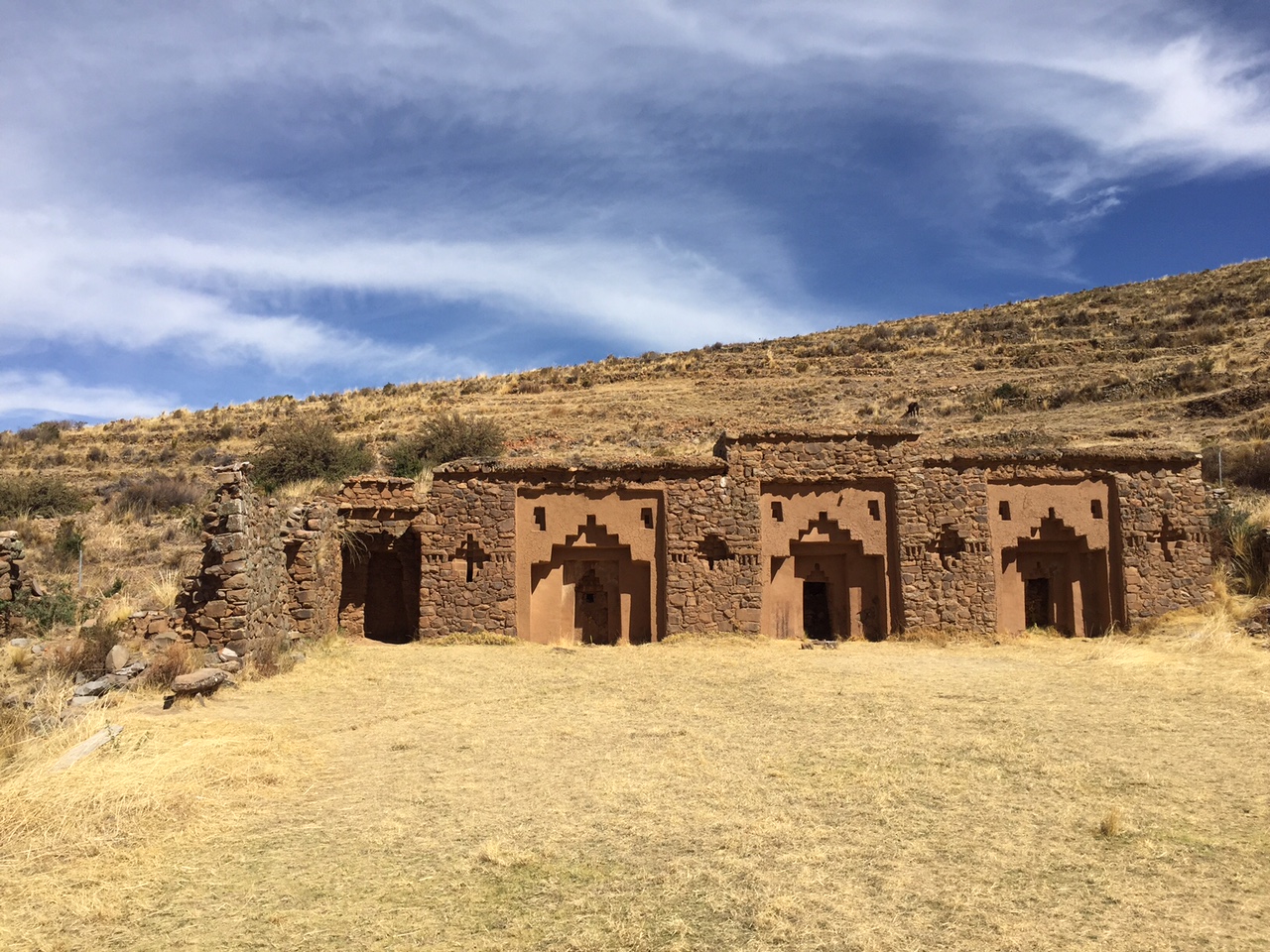 This might be the most cliché way possible to begin my last blog post, but I really can’t believe this is my last blog post. I have a few more weeks in Bolivia but will be returning stateside before Christmas, concluding this crazy adventure. Before waxing philosophical about the virtues of study abroad and all the ways it’s changed me, however, I have to talk about what I’ve been up to! At the end of my last blog post, I was in La Paz (Bolivia), about to head to Lake Titicaca, the largest lake in South America. As our bus drove up and out of the valley that La Paz is located in, we were all awed by the sight of Illimani, the 21,000-foot, snowcapped mountain that towers over La Paz. After arriving at our hotel on the lake, our group piled into a motorboat for an hour-long boat ride to Isla del Sol, which holds an important place in the origin story of the Incas as the birthplace of the sun. On our way to the island, we passed the headquarters of the Bolivian Navy, which I thought was kind of strange when I remembered that Bolivia is entirely landlocked. Lunch on Isla del Sol was rather unbelievable; the food was delicious and the view was even better. After lunch, our tour boat took us to Isla de la Luna, a smaller island that has both Incan and Tiwanakan ruins (and a surprising number of sheep), before returning to our hotel.

After trying unsuccessfully to get my fellow classmates to join me, I rose early the next morning to catch the sunrise over the lake, and was absolutely not disappointed. I had to wrap myself in a huge blanket to prevent turning into a popsicle, but it was definitely an unforgettable sight. After returning to La Paz, I spent the next two days mainly FaceTiming family/friends and sleeping, but I did have the chance to take a ride on a cable car. Since many people work in El Alto (a city on the rim of the canyon above La Paz) and commute down into the city for work, a cable car system was designed for easier access, and a few of our group members decided to take a ride. The view from the cable car is breathtaking, and riding above the city was an absolutely unique experience.

The day before Thanksgiving, we flew from La Paz to Cochabamba, taking in a view of Illimani and the Andes Mountains from above, and arrived at our homestays. My homestay family is wonderful and welcoming, and Cochabamba is a beautiful city. I get to play soccer in the yard with a golden retriever and a five-year-old! Thanksgiving was my first I’ve spent away from home, which was tough, but our entire program and two traveling faculty got together for a potluck “friendsgiving” that was really wonderful. I’ll be with my Cochabamba host family for a week and a half before heading to the Amazon for a final debrief, and flying home after that!

Since this is my last blog post, I guess I should spend some time reflecting on my time abroad and everything I’ve learned. Looking back, it was definitely a bold move for me to choose a program that would take me to three countries and five total continents, considering I don’t speak a foreign language and that the furthest abroad I had previously been was Montreal, within driving distance of my house. However, at the (almost) end of my journey now, I have to say that it was absolutely the right move. From an academic perspective, I have learned an incredible amount about environmental studies and climate change. There’s such a concrete difference between reading about concepts like climate change impacts in foreign countries and actually going and seeing those concepts firsthand. It’s also been extremely important for me personally to see so many new and different cultures and people. I don’t consider myself particularly sheltered, but I’ve definitely inhabited a bubble for most of my life just by living in suburbia and attending an elite liberal arts college; to use another tired cliche, that bubble has been burst on my journey. I’ve learned the currency exchange rate for Vietnamese dong, Moroccan dirhams, and Bolivianos (three guesses which country uses those), as well as how to say “sorry” and “thank you” in all three languages. I’ve seen some pretty unbelievable sights and made some unforgettable memories, and I can’t wait to see more of the great wide world soon. The main theme of my abroad experience, strange as it sounds, has been an overwhelming sense of gratitude and thankfulness. I’m thankful for the hard work of SIT’s support staff that has made so many of my memories possible, and thankful for the patient and enlightening instruction of all of our professors and guest lecturers. I’m thankful for the other members of my program for being a source of support and love in good times as well as bad, and making my abroad experience everything I had hoped for. They say that distance makes the heart grow fonder, and being away from my friends and family in the States has made me incredibly grateful for their presence in my life.

It’s not a particularly fun time to be an environmental studies major and environmental activist; everywhere we turned on this program there was another present or future impact of climate change and environmental degradation, and Trump’s election isn’t exactly great news on the climate front. Strangely enough, then, my abroad experience has left me really excited and happy about life in general. Though it certainly sounds corny, my abroad experience has shown me that there’s so much joy to be found in even the small things in life, and so many incredible things to see and learn about everywhere you look. I honestly have no idea if I have any consistent “readers,” but if you are reading this or have read any of my other posts thank you so much for taking the time to check out this blog!

P.S. I really had no idea how to end this whole thing; apologies if “sincerely” sounds strange. 🙂