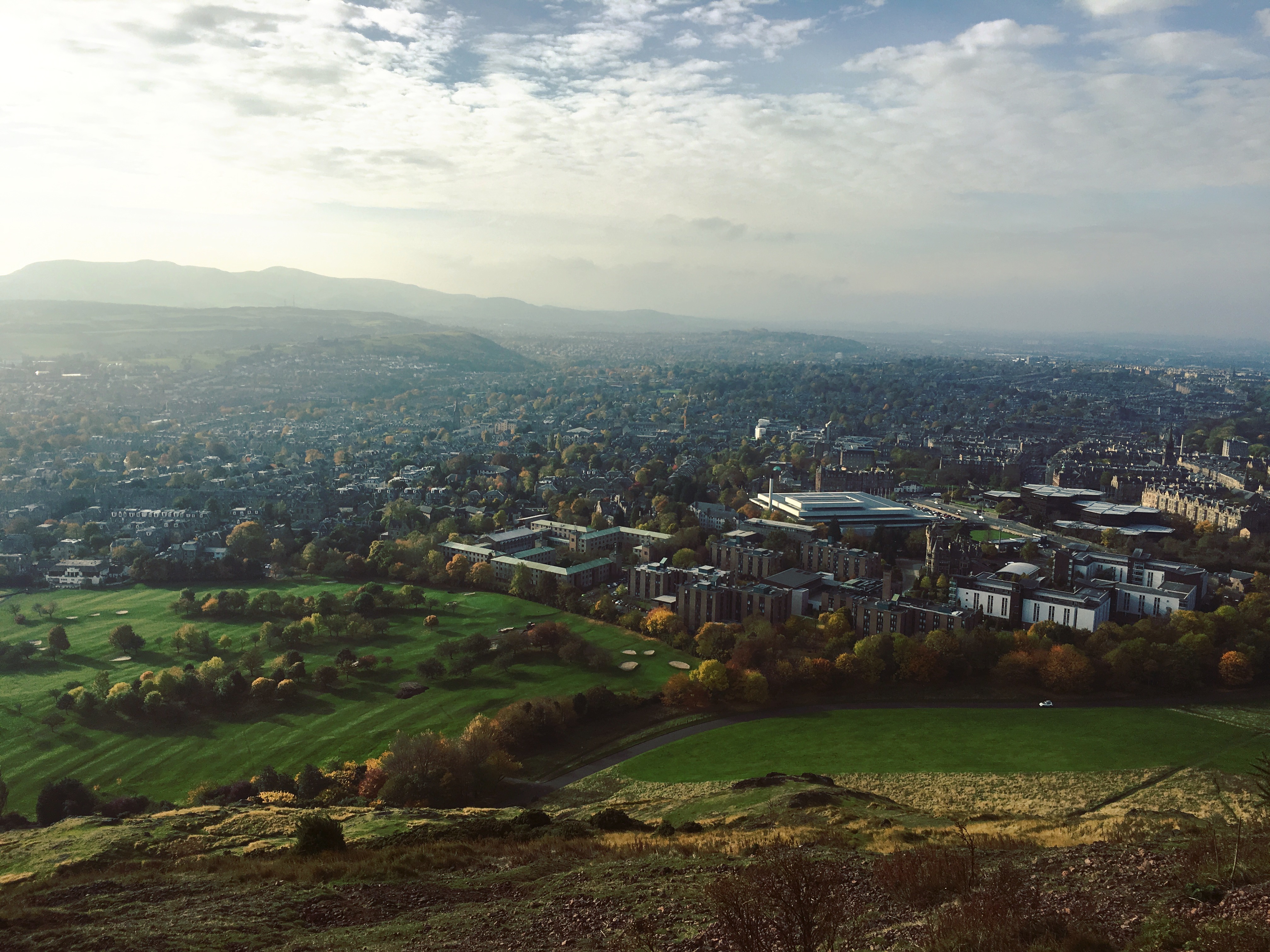 During October break I traveled to the United Kingdom. My journey started in Edinburgh, Scotland where I stayed for four days and then took a train down to London. Traveling to Ireland for JYA was the first time I had ever left the United States, and my trip to the UK was my first solo international excursion. While in Scotland, I spent time visiting a friend currently studying at the University of Edinburgh. My JYA experience doesn’t involve much time at a university, and it was refreshing to be around students my age. I even attended a lecture for one of my friends’ anthropology classes on the topic of consumption. As a Vassar student, it was my first time in a giant lecture hall, and it gave me a deep appreciation of my privilege to attend a school such as Vassar where class sizes rarely get over 25 students. We also hiked the iconic Arthur’s Seat, which is a mountain situated just outside of Edinburgh that gives an absolutely gorgeous view of the city. We spent a lot of time eating delicious food (particularly chili nachos) and chatting in coffee shops. This break happened to be over Halloween, so I also got to experience how college kids do Halloween in Scotland! Spoiler, it is the exactly the same as the United States with costumes, candy, music and alcohol. I really enjoyed my time in Edinburgh. It really is a breathtaking city with its historic, elaborate styles of the buildings creating an elegant skyline significantly different than New York’s.

The train ride from Edinburgh to London is about four hours, which gave me a great opportunity to see the countryside of the UK.  I was very nervous about my stay in London because I am not really a city girl, and I was staying all by myself. I went to find my hostel right after I got off the train in order to drop off my luggage and get a bearing of my surroundings. This was the first of many tube rides (the name of London’s subway system). I spent my first afternoon in London just wandering around and taking in the buzz of the city.  For dinner I found a wonderful Italian spot, and keeping with the theme had some delicious gelato for dessert. When I got back, I met my roommates and found out that one of them was actually from Poughkeepsie! Two girls were from Australia, two were from Chicago, and the last one was from France. We stayed up all night talking about our different countries and our favorite things about London. It was probably one of my favorite experiences of my entire study abroad adventure so far.

The next day I got up early and took a long stroll through Hyde Park. The stroll ended up being extra long because I got lost on the way back to my hostel. I visited the London Science Museum, which was incredibly interesting, but I particularly enjoyed the exhibit on medical advancements made during World War I. It was this time period where breakthroughs with X-rays, burn treatment and post-traumatic stress disorder (called shellshock at the time) were made. Next, I went to explore the famous landmarks of London such as Big Ben, Westminster Abbey, Tower Bridge and Buckingham Palace. I had seen pictures of these places many times and was not expecting to be surprised by their appearances, but I was flabbergasted about the intricacy of these buildings, especially Big Ben. The sides of the tower had beautiful designs lined in gold, and I just stood staring at the building trying to imagine how it was physically built. That evening I went to the famous Angel Comedy Club located in the Islington area of London. They have shows every night of the week at 8:00 p.m., but to get a seat you have to show up and hour early. As a protest against the ever-rising cost of living in London, their slogan is “Always funny, always free”, and the room was packed for the cheap entertainment. There were stand-up comics from England, Ireland, Italy and Spain. It was awesome to see the variety, and all of the jokes were hilarious. Go to Angel Comedy; ten out of ten would recommend to a friend.

For lunch on my last day, I met up with a friend from Vassar who is studying in London this semester. We met up at the famous Breakfast Café where, apparently, sometimes the mayor hides in the fridge at this restaurant and jumps out to scare the customers. Unfortunately, we did not get to meet the mayor. I didn’t do anything else stereotypically touristy for the rest of the day. I just walked around and tried to soak up as much of the city as I could. I really loved London and hopefully will come back to visit many, many times.