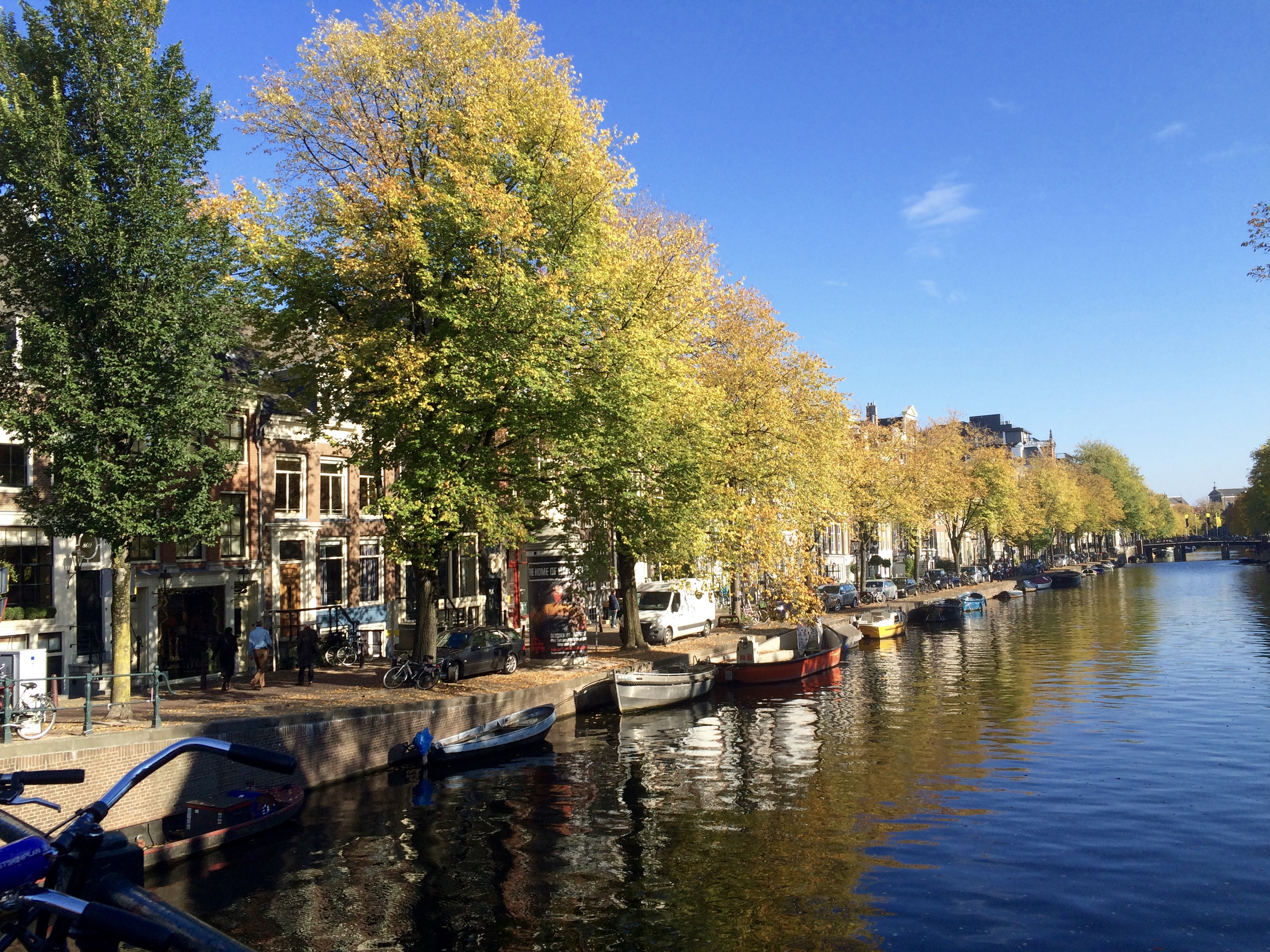 “I need a vacation from my vacation!” is an exclamation I associate with ardent Mediterranean cruise-goers, or perhaps with ambitious trans-continental road-trippers. Either way, someone wearing sneakers and holding lots of maps, enthusiasm waning as sweat trickles down their furrowed brow. The same principle of this ironic need for a respite from a character-building interlude in one’s otherwise mundane life, however, applies also to study abroad. “I need a vacation from study abroad,” one might say, or more specifically, “I need a vacation from unrelenting sensory overload and constant reevaluation of my worldview and selfhood!” Luckily, the French school system provides its students with a week-long mid-semester break organized around the holiday of la Toussaint. This is the Christian All Saints Day, commemorating tous les saints as the name implies, and not Toussaint Louverture as I believed for the past two months.

In the same time it takes to drive from Minneapolis to Chicago (seven hours), I and three VWPP friends were whisked away by Ouibus, the French equivalent of Megabus, from Paris to Amsterdam. When I told people I would be visiting Amsterdam, they quickly rattled off their must-sees: the Rijksmuseum (saw it), the Anne Frank House (saw it), the Van Gogh Museum (will see it next time). They also all spoke of The Light. I wasn’t sure if this meant it was going to be awfully sunny and I shouldn’t forget my sunglasses, or that I wouldn’t need a filter on my Instagram posts, or perhaps that the Netherlands was actually farther north than I realized and had some type of Northern Lights situation. In the end, they were rightfully ambiguous. There is no way to explain the effect of light on the city of Amsterdam—every corner you turn looks like a painting bathed in golden hues. The leaves on the trees visibly glisten in the sunlight. The canal houses embracing the waterways hide in the shade, their unique façades and personalities waiting to be discovered by passers-by.

A world away from the cold beauty of Paris with its imposing monumentality, the warmth exuded by the cityscape of Amsterdam extends also to its people. On my last day, I arrived at the tram that would take me to the bus station to catch my bus back to Paris only to discover that the stop was out of service due to construction. Panicked, forlorn, and clutching a hot stroopwafel I had bought from the street market to take on the road, I looked around for someone to ask for directions to the next stop on the line. In desperation, I decided to trust in authority and ask one of the workers in bright orange suits directing traffic around the construction site, even though they all looked busy and would probably scold me for disrupting their important line of work. Bracing myself for this reaction, I approached the worker and mumbled “excuse me,” to which she replied in perfect, unaccented English, “yes, how can I help you?” I nearly dropped my stroopwafel in disbelief. She directed me to the temporary stop, located just across the street (and not the kilometers away I had been prepared to run to catch my bus), told me “thank you [for what?!], have a nice day!” and went seamlessly back to directing tiny cars around the orange cones.

As heavy-hearted as I was to leave a city where people smile, returning to Paris for the next part of my break was made exciting by the arrival of my father, who came to visit me! Acting as a tour guide for someone unfamiliar with Paris was not only a welcome confidence booster, but also gave me an excuse to be a tourist in “my own” city. For the first time this semester I felt it imperative to see the Eiffel Tower (or at least get close enough for a picture) and research the best places to get crêpes, while in my daily life here I’m more concerned with getting from point A to point B and struggling to seek out the elusive salad-as-a-meal in this carbo-normative country. During a semester that often feels like a constant battle to seem as French as possible, being able to laugh without fear of blowing my cover as a grimy study abroad student was refreshing. When the waiter brought snails not only in their shells, for example, but also accompanied by an apparatus resembling an eyelash curler and a small wooden spear, or watching my host parents try to conceal their horror when my dad declined a glass of wine, uttering the unthinkable “I don’t drink.” Exploring Paris with my dad also made me notice the things he found striking but that I have become relatively oblivious to after living here for two months, such as the number of beggars on the streets and how crowded the sidewalks are at all hours. Most of all, the presence of a new perspective on a place makes you reflect on your own relationship to it. When asked if I would ever want to live in Paris permanently, the answer didn’t come as easily as it might have before I’d begun my semester here. “Yes, in a heartbeat,” I would have said. Now, I’m still thinking. I don’t have an answer yet, but that’s Paris—always escaping words.