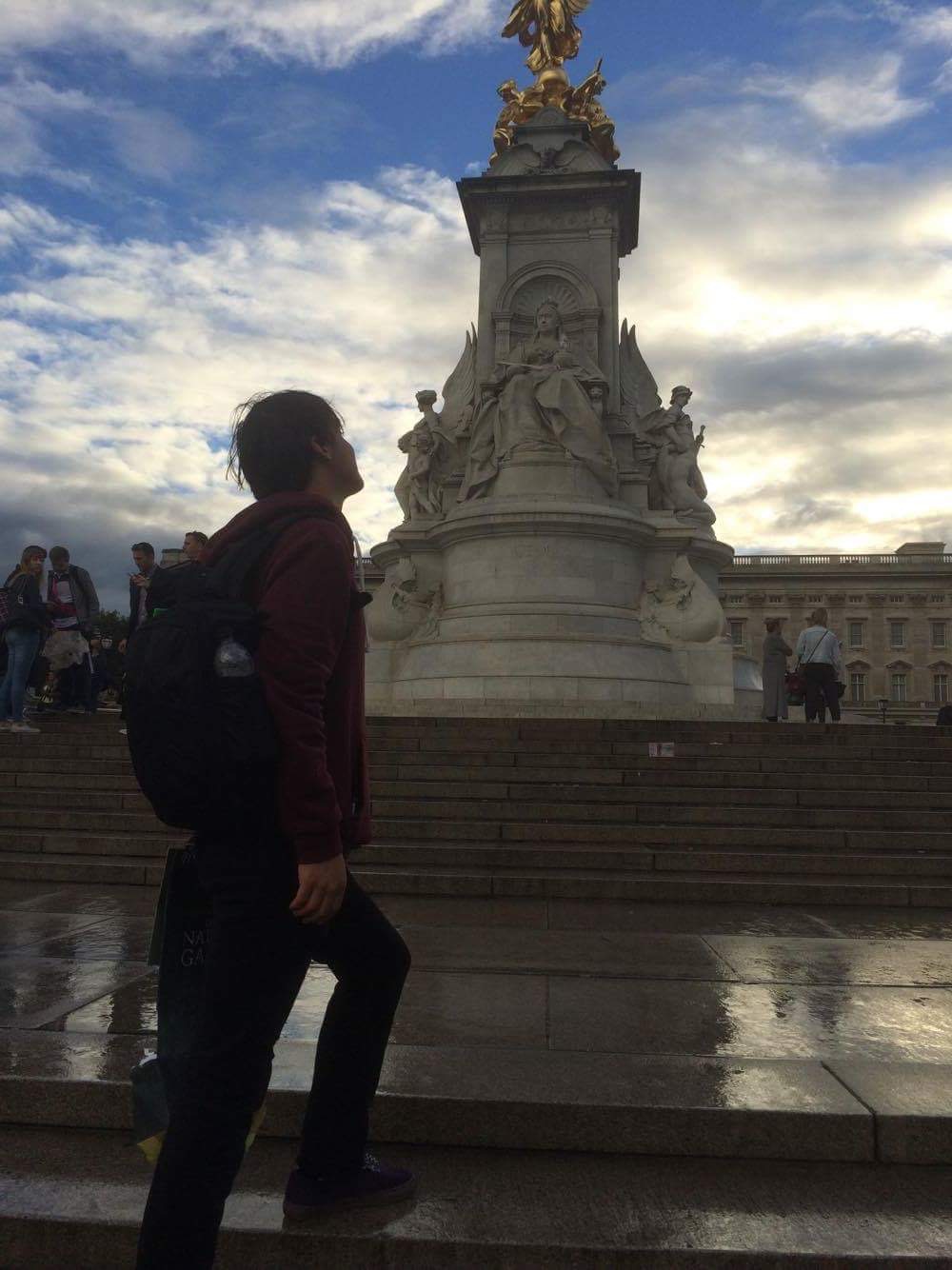 As the end of October dawns upon us, London is heading into the Halloween festive mood. While certainly not as monumental a holiday here as it is in the U.S., several pop-up shops have appeared in London, and the baristas are making foam designs of spider webs instead of leaves and hearts. Strangely enough, there’s already been talk about Christmas two months in advance. Just last Saturday, I was in Harrod’s in Kensington, one of the largest department stores in all of Europe, and there was whole wing dedicated to Christmas. Only a small stand was in place for Halloween, but all the Christmas garb was out, tea towels to rocking horses, or reindeer in this case.

Because of some tension within my flat, I’ve taken the liberty of making personal excursions to travel about London on the weekends. My first trip was to Waterstones in Piccadilly, the largest bookstore in Europe. There were eight floors dedicated to different kinds of books. I even came upon a whole wing of books in Russian, aptly named “The Russian Bookstore.” Alan Cumming was also doing a book signing that day. Sadly, I did not have the fortune of taking any photos with him (because I showed up to the event spontaneously without getting tickets beforehand), but I did get to praise his performance in Spice World. I wish.

Piccadilly’s convenience is that it’s generally close to most things. Leicester Square and Chinatown are just west of it, and Trafalgar Square’s about a 15-minute walk away. While there, however, I decided to traverse my way to Covent Garden. One of my favorite memories was when I was in Covent Garden in 2009 with my family. It may be a bit posh of a place, but there’s just a feeling that surrounds you as if you’ve been filled with some beautiful comfort. It’s as if everything’s there. And there’s even an Apple Store. Street performers are always outside St. Paul’s Church, and an endless row of cozy pubs and quaint shops encompass you at every turn.

My most recent excursion was to Kensington, where I went to Harrod’s and also the Victoria and Albert Museum. I was hoping to see an exhibit on the late 60s because of my love for Pop Art and Swinging London, but it was sadly sold out. So I got a ticket to ‘Undressed: A Brief History of Underwear’ instead. It can very awkward walking around and seeing the different undergarments of the day. It can also be very relieving to realize that clothes are a lot more relaxed today, as opposed to the dreadful days of corsets, crinolines and long johns. As one who isn’t as fashionably conscious as he wishes, this exhibit has opened doors for the importance of how clothes maketh the man, euphemistically speaking.

England has a joy for the band Oasis that I’m so glad I can share. I had the fortune of seeing the premiere of Supersonic, a documentary about the band by the director of Amy that included a live Q&A with Liam Gallagher afterwards. I don’t fanboy much, but for this I did. I bought the tickets way in advance and picked an ideal seat for viewing. When I showed up, I think I was the only American in the audience, but for once I was surrounded by people who could also sing along to some of their songs, a rare thing to find in the U.S. I overall loved the documentary, and it was definitely an experience to cherish.

I’ve seen a fair number of shows since my last post as well. Some of the highlights were Oil by Ella Hickson at the Almeida, which studied the moral transgression the British Empire has committed through history in gaining oil and influence, Father Comes Home from the Wars by Suzan-Lori Parks at the Royal Court, which focuses on the role of African Americans, slavery, and the limitations of agency in the Civil War, while striving for universal themes, and Don Giovanni by Mozart at the English National Opera, which reimagined the classical opera in the 1950s and in English instead of Italian. For opera, director Richard Jones brought a breath of fresh air into what many have considered a dying art. The music was generally beautiful, and they managed to make it accessible without the loftiness opera often gets pinned to.

I was also in total shock watching Imogen, which was a reimagined version of Shakespeare’s Cymbeline, focusing more on King Cymbeline’s daughter, who seems to have a more important role than the eponymous character. It was at the Globe, the third show I’ve seen there, standing again. This time, I was right under the stage, so when one of the actors was delivering a moving, I was simultaneously getting covered in their spit.

The show I struggled with, but loved nevertheless, was No Man’s Land by Harold Pinter. Pinter in the U.K. is like what Eugene O’Neill or Edward Albee is to us. He is a cornerstone in modern English theatre. He also was greatly influenced by Samuel Beckett, which explains the lack of a linear plot and defined characters. He especially took great delight in long pauses, so we have actors running through long monologues before existing in complete silence for a good five minutes until they launch into another one.

The actors in this production included the great Patrick Stewart and his equally-talented friend Ian McKellen. They played best friends who were supposed to be complete strangers, one being a rich poet and the other a poor old busboy at a pub. Also in the cast was Owen Teale, whom many would know as Ser Alliser Thorne on Game of Thrones. He was the main guy who killed Jon Snow. Spoiler alert, I guess.

No Man’s Land’s preshow consisted of bird noises and a curtain with a forest projected on it, so everyone was quite surprised when it rose to reveal an oaken study. Some of the people thought it meant they were inside a giant tree, which makes sense for Pinter. Overall, I was confused and a part of me thinks that was the point.

After the show, we were supposed to actually have a Q&A with Patrick Stewart, but sadly his voice was lost and he had to cancel. Instead, we managed to get Owen Teale to speak. He was unable to tell us what was going to happen on GoT, but he did give good acting advice and was a joy to have.

In the next few weeks, a great deal will happen. Our mid-semester break is about to commence, so all classes will be over and we move into productions. My show will be Macbeth, in a role I have yet to be cast in. Other shows are The Magic Forest by Caryl Churchill and The Country Wife by William Wycherley, all three very different. That’ll be the rest of the term. In the meantime, however, I look forward to traveling. I’ll be in Bruges, Paris, and Barcelona, so many adventures are ahead.