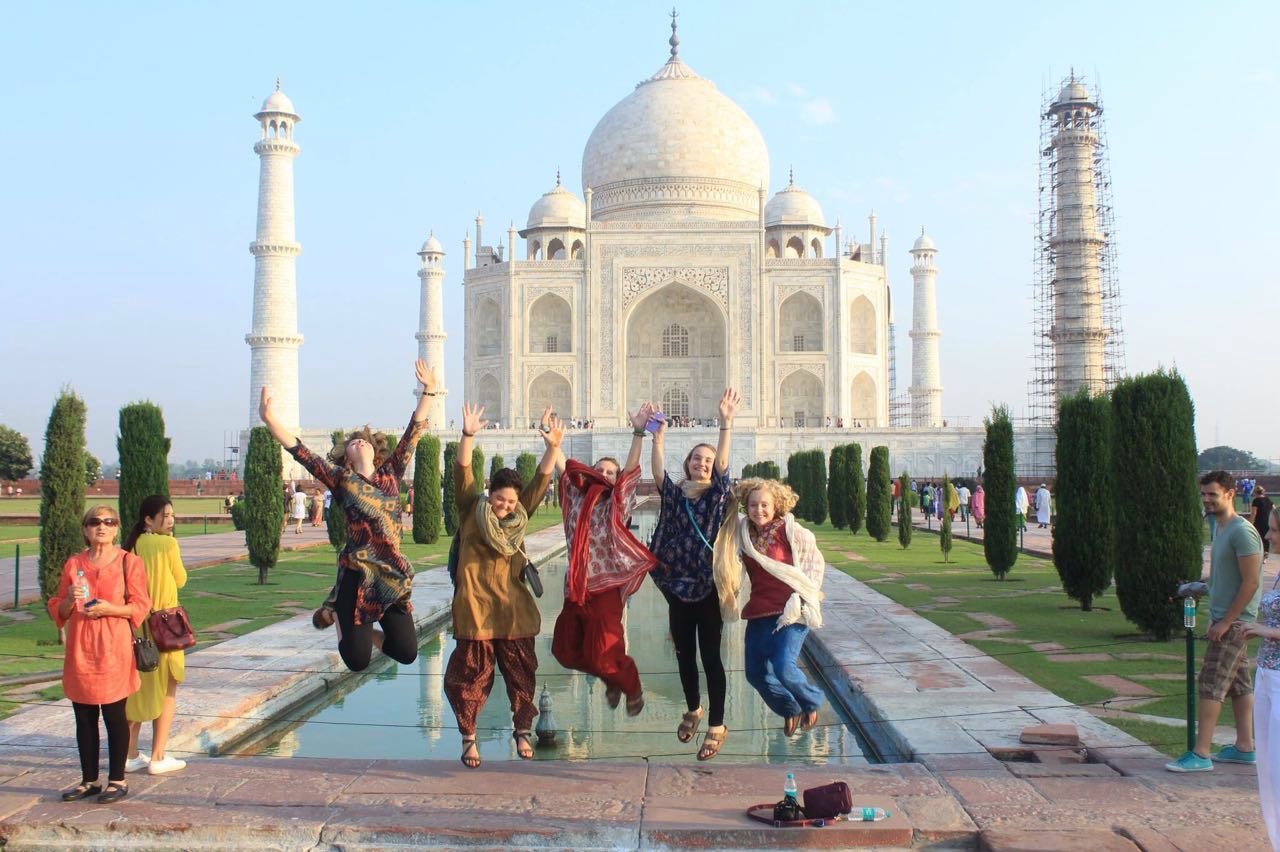 Here some snapshots from the past couple of weeks!

The Taj­ Mahal:
Six of us went on a trip to Agra to do some sight seeing­,—the Taj included. We also visited a Mughal fort where Akbar lived. The architecture was beautiful, and there were little areas designed for each of his wives. He was very liberal in some ways­: he had a Christian wife, a Muslim wife, and there was one more religion that I can’t remember, but he allowed them to keep their beliefs. There was a mosque attached to the fort. I donated some rupees to help the poor and got a string to tie around part of a window in the mosque­. The string represented my wish. When your wish comes true you’re supposed to come back and untie your string.

The next morning we woke up at 5 a.m. to go to the Taj for sunrise—or that was the plan. We got to the place to get tickets and there was already a long line of blurry­-eyed white people waiting for their really expensive ($10) tickets. Once we got our tickets, we raced the sun down the street where we expected to walk right up to the Taj. Yet again, there was a long line of tourists already there. The women had to stand in a separate line from the men; our line was much hotter as we were sheltered under a tent that kept all the body heat in. As per usual, the men’s line went way faster than ours. We finally got through security and made our way to our destination—the sun already up in the sky. That is when the selfies began. I wasn’t sure if anyone around me was actually looking at the Taj itself. People were fighting for the best angle, the best bench, the best point on the path to get that prized shot of them in front of the Taj­ Mahal. There were some embarrassing blond girls dressed in tacky saris who clearly considered this their own personal photo shoot. This is not to say that I was outside of these activities—Mom did tell me many times that I had to get a photo of myself.

Up close, the marble was beautifully carved and painted with intricate designs. What made the experience most meaningful to me was thinking about how many feet have walked on this marble, how many centuries and centuries this building has watched people from all over the world wander in and out its walls. The tourist frenzy served as a funny juxtaposition to this history. How is modernity changing the way we interact with such an ancient sight? Is our picture taking any less reverent than how people saw the sight before? Is this interaction a representation of our society’s increasing obsession with individuality, or has this urge to claim a famous place as one’s own always been there? 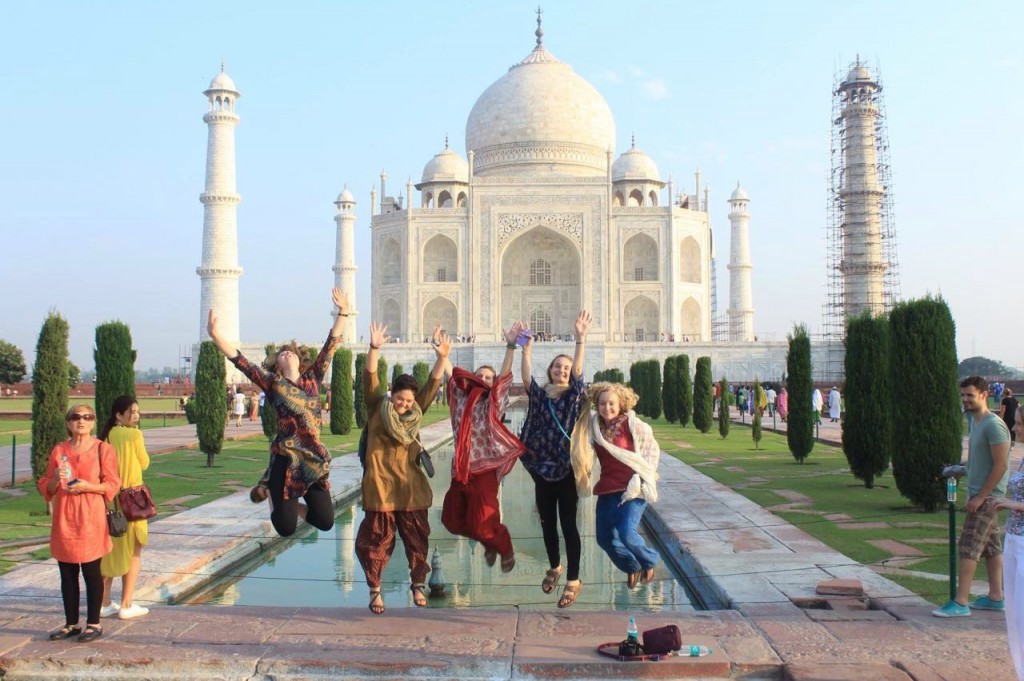 Finding Flexibility in Yoga:
The first yoga class I went to was like nothing I’ve ever done. It was called Power Yoga. A majority of the students were Indian women;­ about half were middle aged, and half were my age. Some women wore kurtas, and some wore more western clothing. The yoga instructor gave very brief instructions in Hindi between counting to 10 for a sequence of aerobic exercises. Then we abruptly switched to breathing exercises, then to some laughing yoga and a part where we just held our arms out and yelled at the ceiling, which was very cathartic. At the end we chanted some mantras, bits of which I recognized from yoga classes at home.

All in all, it was an odd experience­ containing some very westernized notions of yoga and some very traditional aspects like breath and laughter. I miss having music during class, and I miss the concern for the body­ advice to not lock knees or be careful of your back. I am trying to be flexible, though. I’m sure I still have many different kinds of yoga classes to experience.

A Family Gathering:
On Saturdays my homestay family has lunch across the hall in the grandmother’s apartment. Different family members wander into the kitchen at their leisure; it is an all-afternoon event. The grandmother can’t speak any English, but our sister translates when she wants to communicate to Floor and I. The room is filled with women­—aunts and cousins, our mother’s sisters-­in­-law. Our mother stands in the kitchen frying chipati (bread) while I help one of the aunts role out the dough on a little wooden cutting board. We sit cross-legged on the floor. She asks me, prompted by Floor’s discussion of her research project on women and Hinduism, what I think of God. I don’t know what to say for a second,­ unsure of what I think of God or how I can say it in simple English. I tell her that I think of God as nature; we are all made of the same stuff; we are all united with each other and responsible for each other.

After we help with the cooking, we are served various dishes that the family members have made. Our fresh and greasy bread, some cauliflower and potatoes, a sweet rice and milk dish, and these orange fried sweets that taste like really sweet donuts. Every time our plate is empty, we are encouraged to take more food. After eating our fill, we sit in the other room with our sister and one of the younger cousins. This room is like an enclosed porch. The sun filters in through the screen that separates the balcony from the outside air. We watch the rickshaws, motorcycles and cars drive every which way on the road—honking every second. The women on the roof of the building across are carrying heavy loads of dirt on their heads­—it looks like hot work in this heat.