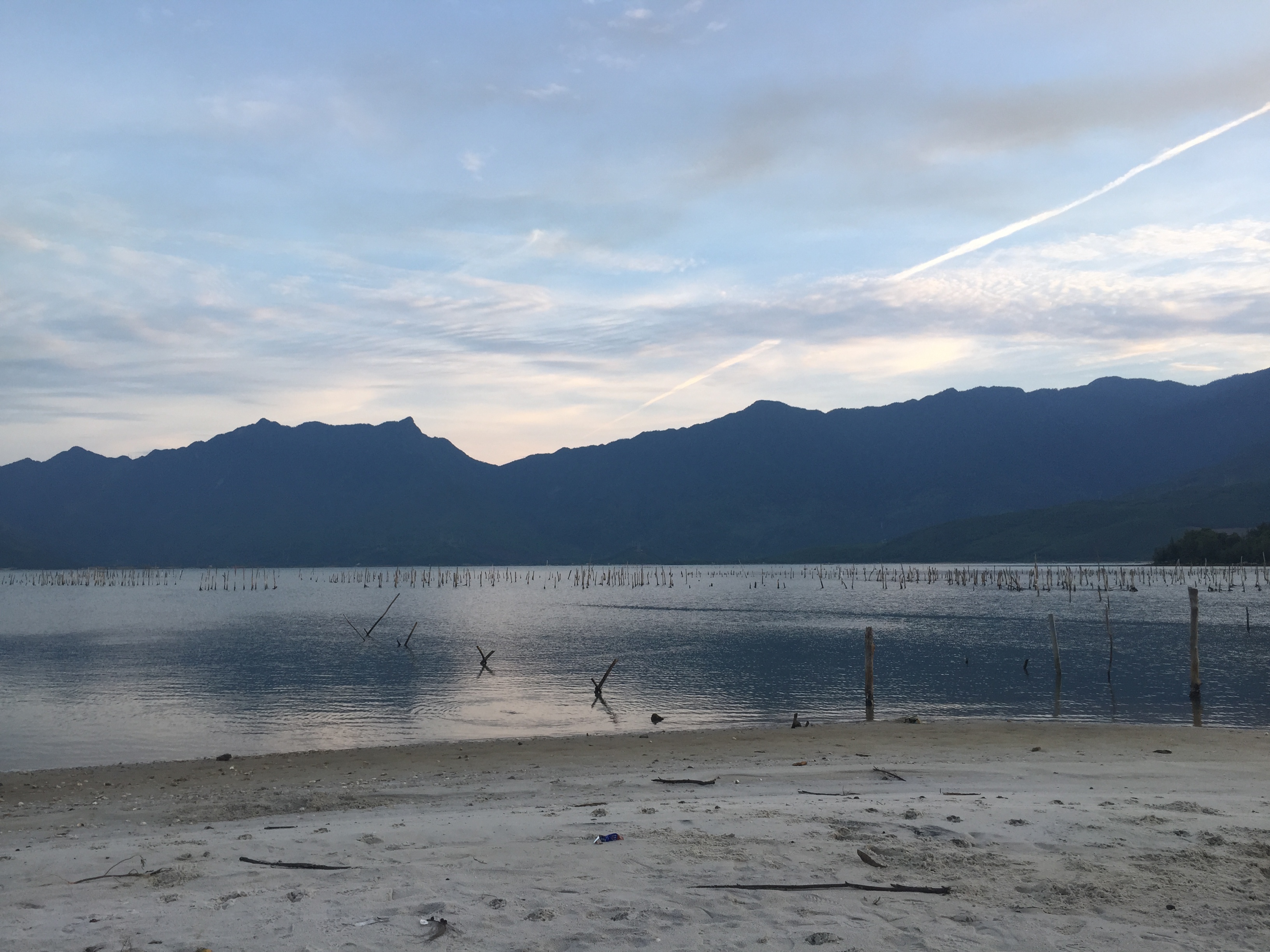 Many people on my program have been saying that they can’t believe our time in Vietnam is almost over and that we’re headed to Morocco in less than a week. Although time does fly when you’re having fun, my Vietnam experience has been so jam-packed with different activities and places that I also sometimes feel like a whole semester has passed already! One of the most important parts of my time in Hoi An has been my homestay. I had just moved in with one other student from my program at the end of my last blog post. The homestay has definitely been a change for me; I’ve never lived in someone else’s house for more than a few days at a time before, and I’ve always known some member(s) of the family I was with. There’s also the language barrier to contend with, since my host father and mother don’t speak much English. However, their extended family all lives in the area and are always in and around the house to translate/talk to, and we felt totally welcomed by everyone. Also, the home-cooked Vietnamese food every morning and night has been pretty awesome, and it’s been cool to eat in a more communal style.

The best part of Hoi An has for sure been biking. Since our homestays are spread across the town, pretty far away from our classroom and the old quarter, we all have bikes to make getting around easier. I wrote earlier about the craziness of traffic in Vietnam, what with the huge number of motorbikes and disregard of traffic laws, but it’s another thing entirely to be thrown into the mix yourself. Although Hoi An is smaller and slightly slower-paced than Hanoi, it’s still pretty hectic, and we have all had to become adept at biking in a busy urban environment. That being said, the independence that comes with having a bike has been totally worth it. My favorite bike-accessible spot in Hoi An has definitely been the rice paddies; there’s a path that weaves right through the paddies and shrimp farms, with palm trees on either side for most of the way. There are water buffalo everywhere, and it’s just a pretty beautiful and peaceful scene in general. I don’t know what it is with Vietnam in particular, but there have been some pretty spectacular clouds and skies the whole time we’ve been here.

The first week of our stay in Hoi An was fairly uneventful overall. A lot of our time was spent exploring the historic Old Quarter of the city, which contains a ton of well-preserved buildings from the 17th century, as well as a staggering number of tailors and clothes shops. The local market had a variety of restaurants serving fresh, delicious Vietnamese food for low prices, so I had a lot of meals there, as well as a lot of croissants at a smoothie place called Cocobox. We had class in a government building near the center of Hoi An, at the offices of an agency assigned to protect the marine area around the Cham Islands, which are right off the coast. Although there wasn’t much danger with this specific agency, we were still reminded to be conscious of what we were talking about and avoid certain topics, which is a big cognitive switch coming from America. A lot of our guest lecturers talked about hydropower in Vietnam, leading up to our visit to a hydropower dam in the mountains called A Vuong 1. On Wednesday morning of our first week there (September 28), our whole group packed into four vans and drove three hours to the hydropower dam through some of the most gorgeous mountain scenery I have ever seen. After a presentation on the history of the plant, we put our hard hats on and took a tour of the facility, which was certainly interesting.

That afternoon, we visited a resettled indigenous community that had been displaced by the same hydropower plant. The dam that was built to store water and regulate flow for the plant flooded a considerable amount of land to create a reservoir, including the land previously inhabited by the villagers. It was a very eye-opening experience to spend time with the people there; their lives and livelihoods had been turned upside down by the relocation, and the government still didn’t give them enough support in terms of food supplies and land allocations. After sharing some candy with the kids from the village, we concluded our visit and drove to our hotel in Hue, another city on the central coast. One thing to note from the drive to Hue was our rest stop. I’ve been searching for Ritz Bits (tiny cheese crackers) since the airport in San Francisco, but haven’t been able to find any in Vietnam. This rest stop had the Vietnamese equivalent, which was pretty incredible, as well as calming lake views.

Staying in a hotel was definitely a nice change of locale, especially considering the AC, queen beds and hotel spa. The personal highlight of my hotel stay was definitely continental breakfast, which included omelettes, fresh bread and fruit, great coffee, and bananas wrapped in crepes and drizzled with chocolate. I love breakfast and have been missing some of the classic American staples, so this was a very happy occurrence. On Thursday morning, we took a tour of Hue, including a visit to the tomb of an ancient emperor and a walking tour of the imperial palace. Our tour guide was super friendly and very knowledgeable, and both the tomb and palace were beautifully decorated and well-preserved.

Thursday afternoon and evening were occupied by a visit to a fishing village in a lagoon north of the city. We took a motorboat ride out on the lagoon and saw the local fishing techniques, and also got the chance to go clamming in shallow water. I wasn’t particularly adept at picking the clams up with my feet, but I was able to cheat the system due to having super long arms. I sat on the roof of the boat on the ride back and enjoyed yet another gorgeous sunset, then had dinner with the fishing families (with the meal including some of the clams we had caught). After one last dip in the hotel hot tub and one more glorious breakfast, we piled into a bus Saturday morning to get back to Hoi An. The next day I biked to the beach with some friends and enjoyed some waves with perfect ocean temperature while trying to avoid sunburn. Later in the week, our whole group took a trip out to the aforementioned Cham Islands; after a rapid and bumpy ride by speedboat, we walked around the island and took in the views before heading to the beach. A few of us rented snorkeling gear to explore the shallow reefs right off the beach and saw a ton of coral, crazy patterned fish and some sea stars. We were also caught right in the middle of a school of small flying fish, which was definitely an unforgettable experience.

I’ll be sad to leave my homestay in Hoi An, but I’m also very, very excited to head to Morocco in a few days. Though it will be tough in some ways to adapt to another country and culture, I’m really looking forward to cooler and drier temperatures, as well as new cities and the desert! Check back soon and I’ll let you know if I survived yet another time zone change.