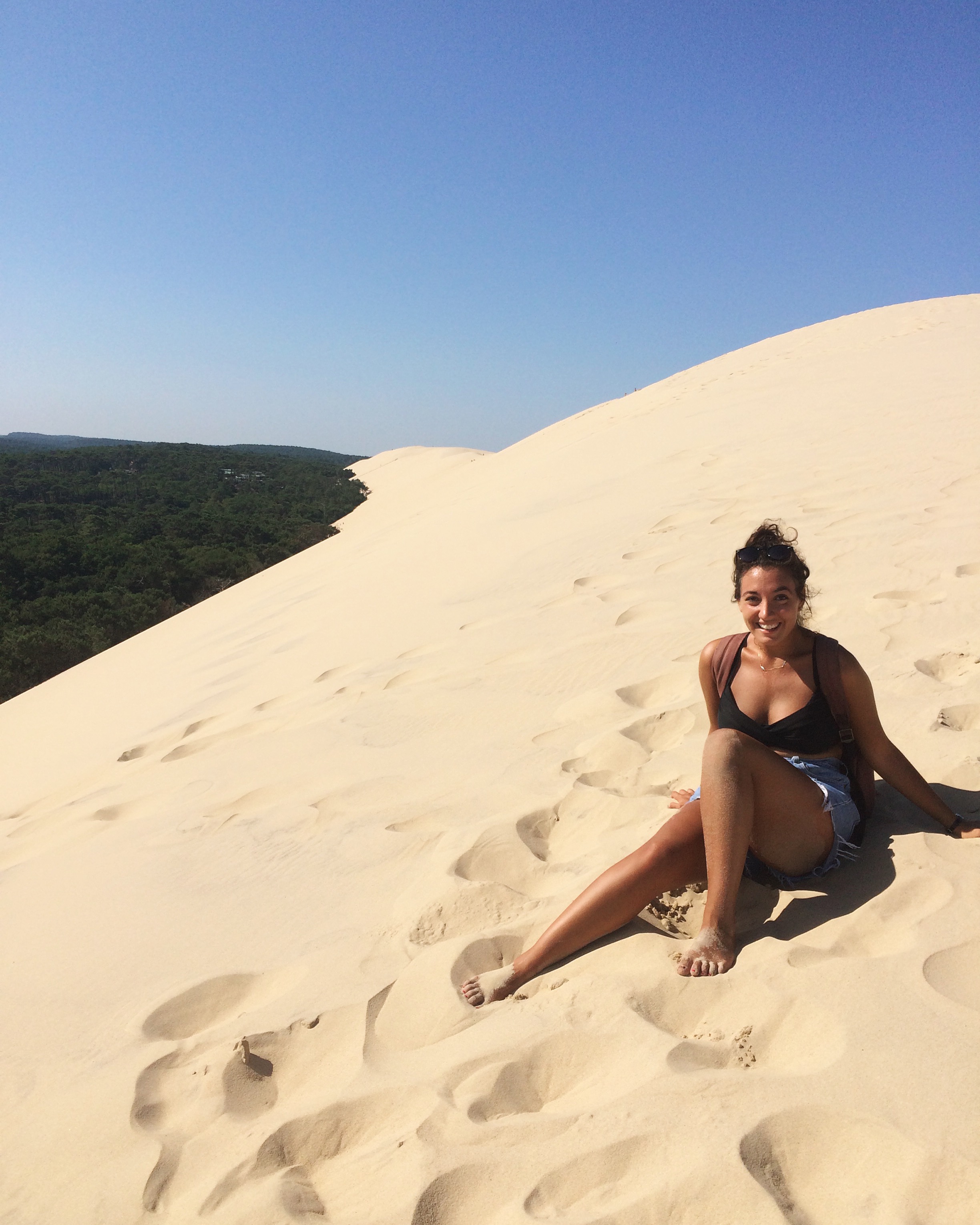 If you’re sick of hearing about Paris, about its flaneurs and cafés and the magic of its lights and about the hundreds of Vassar students who have returned wearing even more black than they did when they left, then you’re in luck. We’re not in Paris. Make no mistake: the Vassar-Wesleyan Program in Paris (VWPP) begins fall semester with a two-week orientation and intensive French language course in Bordeaux.

Some context: je m’appelle Antigone, I am a junior Art History and French double major, and I could not be more excited to be studying abroad in Paris (not yet, but soon). This sentiment has already proved difficult to express, since one quickly learns that “je suis excitée” implies a slightly different type of excitement. Language barriers aside, saying that it has been a lifelong dream to live in France is only a slight exaggeration. My rampant francophilia began at age five when my parents enrolled me in a French immersion school, and I have been suffering from visceral reactions to Edith Piaf ever since. I was able to get much of this adoration out of my system on two brief trips to France during high school, during which many tears were shed. This semester, however, I am here to discover la vie française (and also to drop my horrid American accent, once and for all).

Arriving in Bordeaux August 20, I was ready to see what France is really about. We would be living with real host families in a real city where real French people go to work and school and maybe even the gym. After spending this past summer in Greece, where my father lives, I had seen how our romantic images of a country don’t always match the often grittier images of its vie quotidienne. Armed with this critical mentality, I was prepared to debunk the myth of the idealized French lifestyle. I would expose the fallacy of the omnipresence of wine and cheese, exceptionally well-groomed (and sweat-free) people zipping around on bikes, everyone kissing everyone all the time. The catch: all of these things actually exist in my neighborhood. People REALLY walk around carrying baguettes here, the park is TRULY filled with scenes of déjeuner sur l’herbe, and regardless of where they are headed, any person sitting next to me on the bus appears to have been instilled with ten times more fashion sense than I have. After two weeks, living here still feels like a movie, and this suburban corner of Bordeaux still kind of looks to me like a Playmobile set.

In terms of fulfillment of French clichés, the biggest has been dining with my host family. Every night at exactly eight o’clock we take our places set with color-coded napkins and four different types of cutlery. The ritual begins with la salade, a first course which has involved anything from giant cantaloupe wedges to quiche, but never actually a salad. Next comes the plat principal, my favorites of which have involved any combination of potatoes, butter, and duck. The cheese plate also makes a triumphant appearance at every meal, bearing at least seven types of fromage. Finally, le dessert, always a different kind of cake and often involving a steady flow of cream. The meal is presided over all the while by a basket teaming with bread at one end of the table and Madame, a small woman dwarfed by her massive cheese plate, at the other.

Embracing the monumentality of dinnertime has been a relatively easy adjustment. Four hours of French class at the Alliance Française every day, less so. Luckily, wine, like good food, is no scarce resource in Bordeaux and has become intimately linked to repose and good times outside of the classroom. A two-euro rosé from Carrefour at the park, a bottle of something grapefruit-flavored at the beach at Arcachon, a local white shared at a café in the shadow of the towering Cathédrale Saint-André… Most recently, three vins bordelais at a wine tasting workshop involving 169 PowerPoint slides and more diagrams than Econ 102, and a full-bodied red to accompany the beef bruschetta we made at our atelier de chef at a local cooking school. The list goes on, as does my determination to develop good taste. Stay tuned.

Contrary to the portrait I have painted, Bordeaux has been more than just eating and drinking. Last weekend, for example, we climbed the tallest sand dune in Europe: la Dune du Pilat on the Atlantic coast. Previously, I didn’t even know sand dunes could have height (110 meters/360 feet), length (2.7 kilometers/1.7 miles), or look like deserts in the middle of Aquitaine. Bordeaux has also provided us with a wealth of free summertime activities such as swing dance nights on the quais of the Garonne river, organ concerts in various cathedrals around the city, and a street art exhibition in a megastore-turned-artists’-cooperative. I already know one of the aspects of French life I will miss the most when I return home is this beautiful accessibility of culture and entertainment.

As we feel simultaneously like we’ve been here for months and just barely arrived, our two weeks in Bordeaux are coming to an end. I am still waiting for it to not feel like a charade when I speak French, but I think being thrown into university classes will accelerate the process. Wine, cheese, and pronunciation aside, I have a lot left to learn about what it means to live in France today, and I hope Paris will give me some answers.