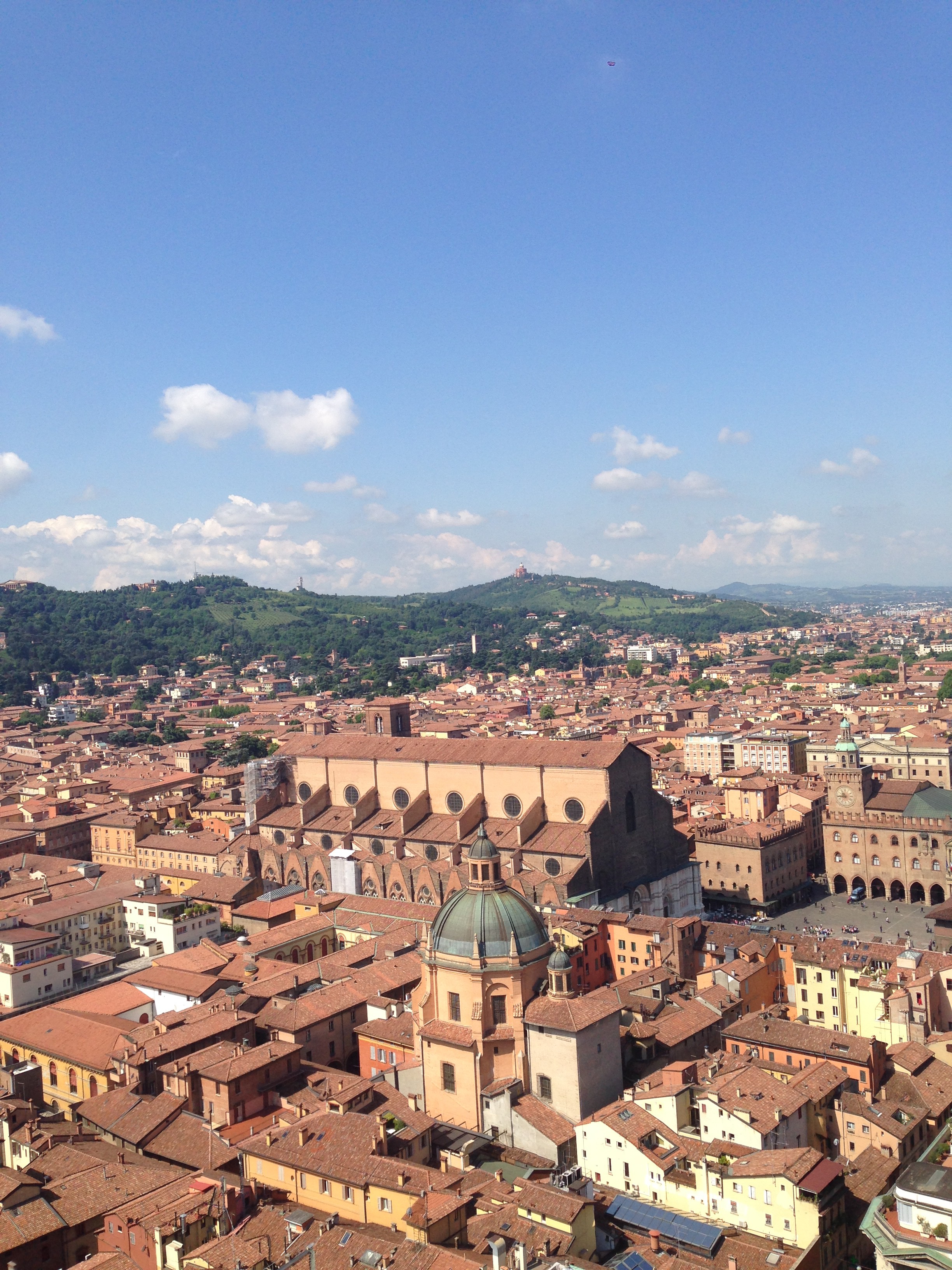 I’m writing this as I sit in the Budapest airport on my way back from my last overnight trip this semester (if you go abroad to Europe, go there. It’s cheap and beautiful and there are thermal baths. #dreams), almost a week after finishing all of my finals (the last one was May 11, lol @ VC finals week). My studying time for my last two finals was interrupted by my parents visiting and my spending five days in Lago Maggiore, so it was great that these tests were informal and much more relaxed than I thought they would be. When my parents were here we went on a food tour of Bologna, which included visiting the oldest chocolate factory in Italy (or something like that—I was a little distracted eating chocolate, so didn’t listen to our tour guide that much) and eating huge bowls of tortellini, a.k.a. my natural state now. The following weekend I visited my cousin in the north and dragged her to Lago Maggiore, which is one of the three biggest lakes in Italy and very close to the Alps. Even though it was raining the whole weekend, I was still a tourist and visited the three Borromean islands, went to a rooftop bar in Stresa (the most touristy city in the area, which, thank God we didn’t stay in because I literally hate tourists so much even though I am one…this logic isn’t flawed), and bought a ton of souvenirs in the islands and the vintage market in the town we were staying in. Bologna has very little green space in the center so it was quite a welcome change to be surrounded by mountains and the lake.

Before seeing my family for these weekends, I was a tourist on my own by climbing the Torre degli Asinelli in Bologna, going up the Apennines to the Santuario della Madonna di San Luca, and visiting San Marino for a day. Climbing the tower is rather controversial because there is a curse that says that whoever climbs the tower won’t graduate from the University of Bologna, but apparently going to San Luca cancels this out so I did that first. The tower is basically a thousand years old, so it was probably a miracle that I made it up there without the thing falling over or crumbling with every step I took. The view from the tower looks onto the hills, Bologna’s center, and, on a clear day, the Adriatic Sea. The view from San Luca was quite different, as it is a huge church on a hill looking over the city of Bologna reachable via the longest free-standing portico in the world. When you (finally, maybe, should’ve probably used my inhaler a couple times during that walk) get up there, the view is just of the hills and feels very far away from the city center. Somehow it didn’t make my allergies act up, but I was already pretty out of breath after climbing up a hill while being lapped by old Italian ladies who probably make this trip at least once a week.

San Marino is also another lookout point since it’s really just a mountain (like actually a mountain—no more baby Apennines here), but it’s also an independent nation, so technically this was an international trip even though it sits on the border between Emilia-Romagna and Le Marche. Getting to San Marino was quite the process, as we had to take a train to Rimini that was delayed by 30 minutes (I love Trenitalia) and then a bus from Rimini up the mountain to the historic center. It was much more touristy than I thought, but this makes sense given that from pretty much any point looking over the edge of the mountain one can see the rest of the Apennines, the Adriatic Sea, and the entire eastern coast of Italy. There are three towers/forts in San Marino that people usually climb up for these views, but my friend and I stumbled upon yet another panoramic terrace that gave us basically the same view for free.

With the last week that I have in Bologna, I will be going to Florence, climbing up hills to see Napoleon’s villa, going up the tower again, and probably going to the panoramic terrace on the basilica for the fifth time. Most importantly, I will also be eating all the Bologna food that I won’t get in America so that it’s all out of my system and I can go back to being a healthy person who doesn’t only eat tortellini, ragu, and giant plates of meat and cheese. I think I’ll miss being in Italy and the more relaxed schedule here, but it is definitely time to get back to the 617. Mainly for the oysters. I know I won’t miss the extremely obvious racism and sexism or all the lactose nausea from eating cheese that is so tempting and hard to avoid here. However, I will miss the abundance of tortellini and Aperol spritzes, walking under the portici at all times but especially during the rain, people thinking that I’m Italian when I’m not speaking English, buying blood oranges for one euro per kilo and Lambrusco for four euro, and being in a city where having a giant plate of meat and cheese is a socially acceptable meal. I almost think my return home isn’t actually going to happen even though it’s less than a week away, and I feel like it will take me a long time to readjust to life in America. But, of course that’s all going to happen, and besides subconsciously using Italian words when I speak because I can’t remember the English ones or asking for spritzes in a bar and getting a blank stare back from the bartender, it’ll be like I never left. It sounds super cheesy to say this (too much #lactose if ya feel me/Has anyone even understood my jokes this entire semester?) but going abroad really was an unforgettable experience and, despite all the things I’ve missed about home and the things that annoy me about leaving in Italy, I will really miss Bologna. Mostly the tortellini.