Of all the Hawaiian-shirt-wearing, polaroid-camera-toting, fanny-pack-strapping experiences I’ve had since being in England, my most touristy encounter thus far has come only recently, when I had the chance to visit the enigmatic Stonehenge. After arriving by train to Salisbury, I waited patiently at the nearby bus stop, the crowd around me growing steadily. In my hand I held my official all-access pass for a tour of Salisbury and the surrounding area, including Stonehenge. I hoped deep down inside that the two-hour train ride would be worth it.

As the gaudily-decaled double-decker tour bus pulled to a halt in front of the eager mass, we filed on faithfully. I found a seat on the top deck, and we zipped away into the city of Salisbury, a bustling center of culture and history. As we snaked our way through the narrow streets, our guide gave to us, via the small speakers dotting the inside of the vehicle, a full rundown of the highlights of the city as we passed them. Grand arches, timeworn taverns, and historical landmarks littered the busy thoroughfares. Above us, casting long shadows the morning sun, towered the mighty steeple of Salisbury Cathedral, the tallest in Britain. Our guide informed us that we would be able to visit the massive spire later on our tour. 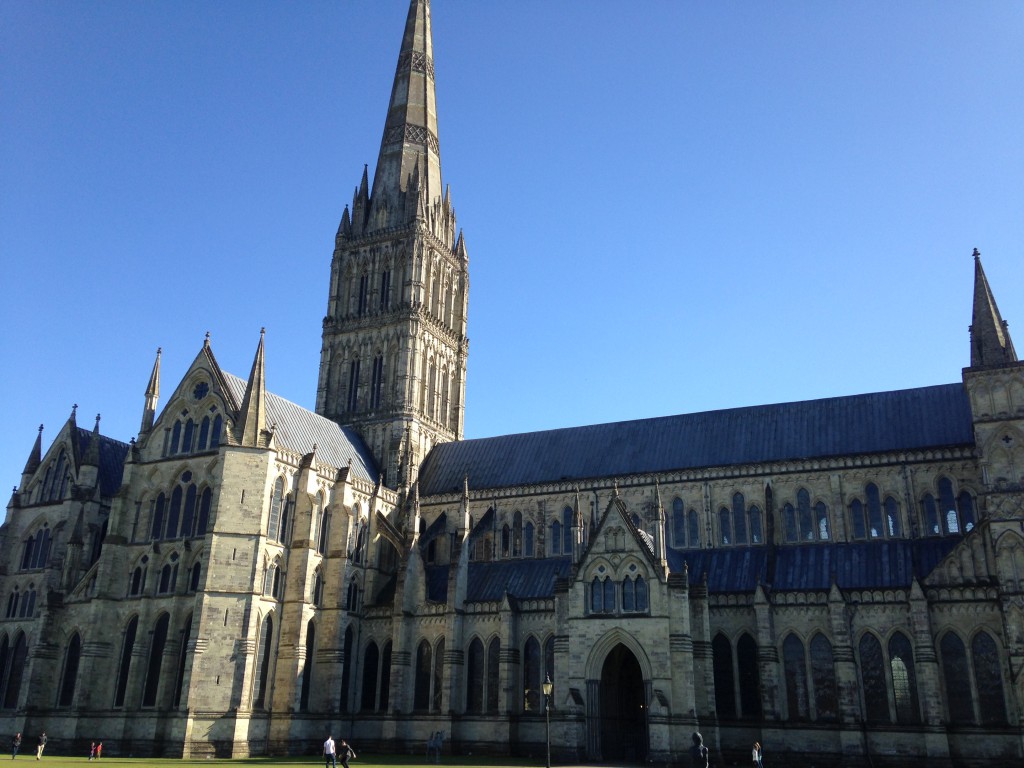 Leaving the city limits behind, we made our way the ten-or-so miles to the town of Amesbury, which is the location of Stonehenge. After being dropped off at the Stonehenge visitor center I boarded another bus which drove another few miles to the actual site. There, situated in a field surrounded by unobtrusive farmland, stood the mighty stones themselves, raised over five thousand years ago. While I had been, admittedly, somewhat skeptical on the outset of my journey as to the importance of what I thought amounted to be nothing more than a few large rocks stacked on one another, I couldn’t help but be affected by the awe-inspiring nature of the monument that had drawn so many before me. Certainly raising more questions than it answered, the lithic fixture was surrounded by an air of mystery. 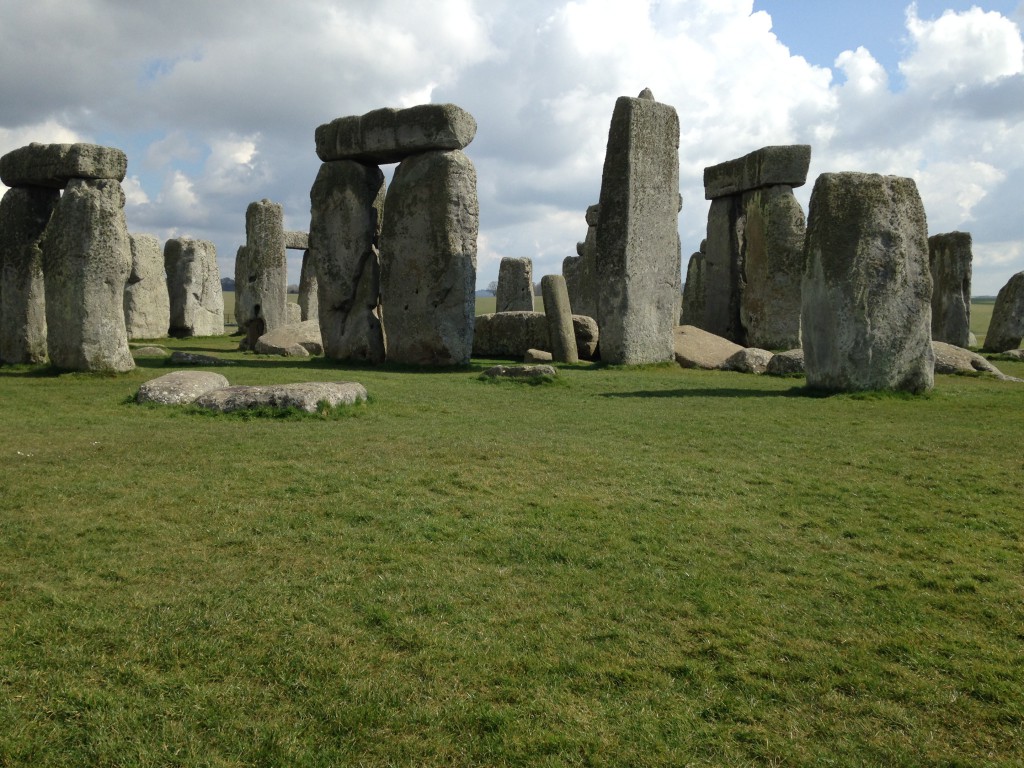 Bathed in the sunlight given off by the remarkably clear weather, the stones were sublimely artistic in their simplicity, and there was something utterly cathartic about gazing on such a tangible artifact of a lost time. Poetic, however, in its juxtaposition to the unchanging nature of the stones before me, the fickle English weather had decided to end its period of leniency, and the heavens opened in force. I, and dozens of other now-soaked tourists, rushed back to the bus, and we were deposited back at the visitor center. After a regrettably mandatory stroll through the gift shop, I again boarded the double decker tour bus, and was driven back toward Salisbury. 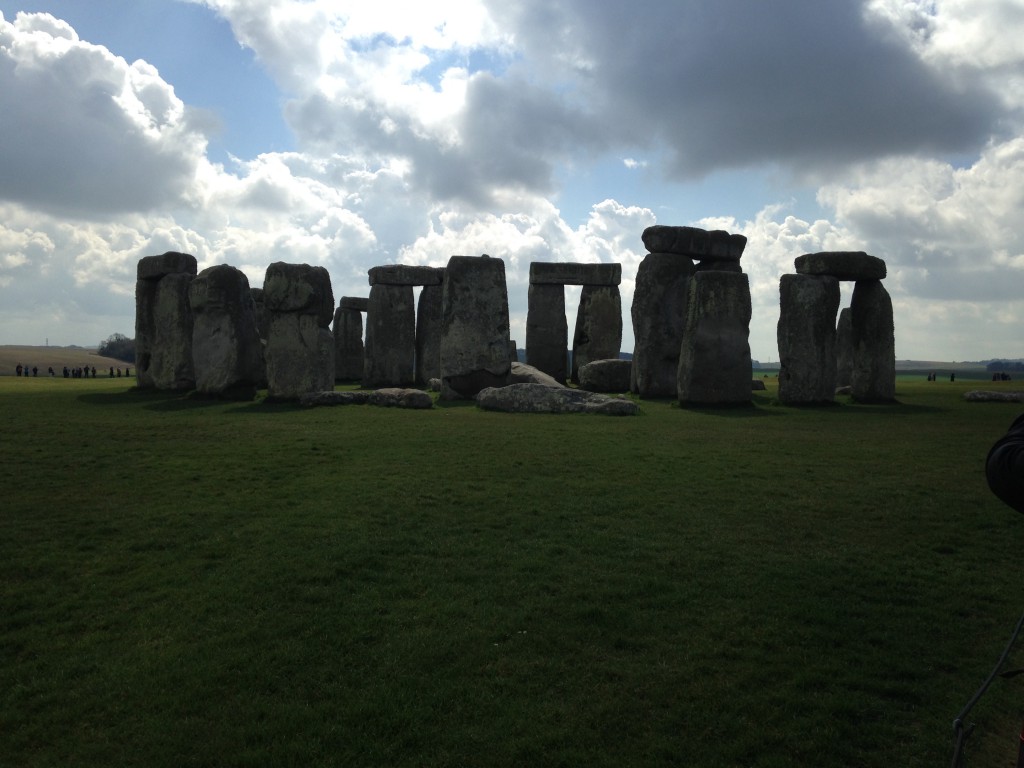 After disembarking in the city, I walked toward the cathedral, taking in the sights along the way. In full swing was the weekly hybrid flea/farmers market; produce and knick-knacks were replete. I dutifully restrained myself from succumbing to the siren call of several impulse buys, and after some meandering, eventually found myself at the feet of the massive church. Small steeples dotted the perimeter of the structure, but were ultimately dwarfed by the gargantuan spire stretching over four hundred feet into the air. Equally impressive were the hundreds of gargoyle-like figures carved into every inch of the pale stone exterior, each telling its own unique story. I wandered into the sanctuary, and was awed by the serenity of the scene. Still bedecked with flowers leftover from Easter, a sweet smell filled the air, and streams of dazzlingly colorful light poured through the numerous towering and intricate stained glass windows. The calmness of the scene was broken only by the soft patter of water spilling from the fountain situated near the rear of the room, and by the angelic strains of the choir which was practicing toward the front. The experience as a whole was one of total reverence. 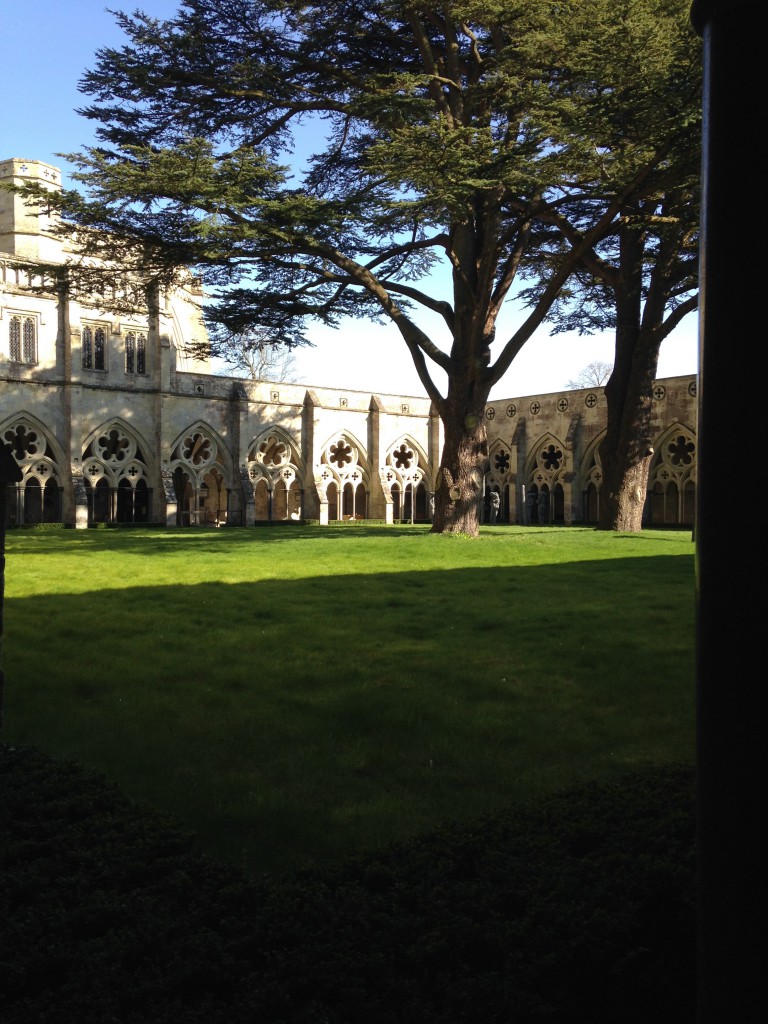 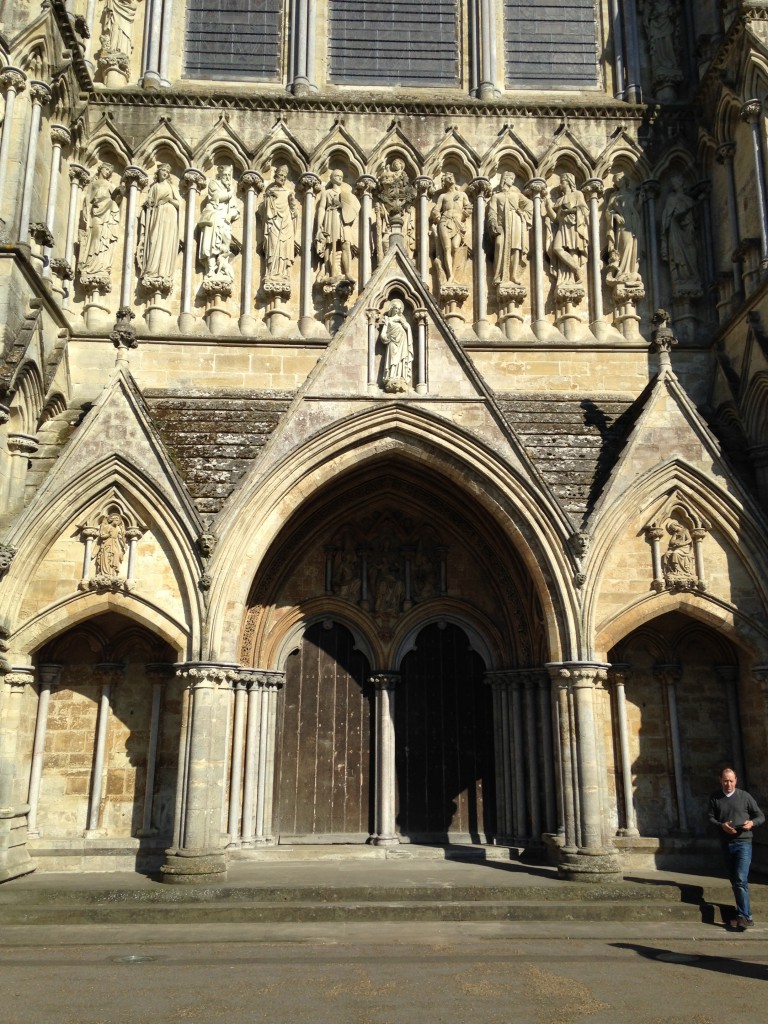 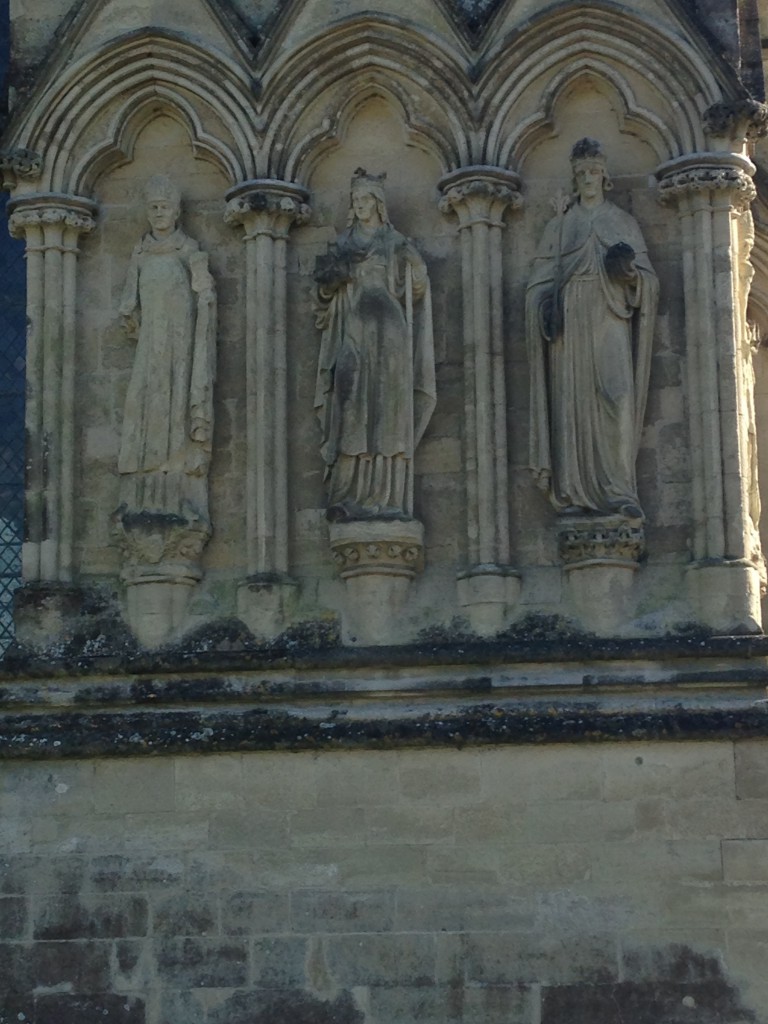 Leaving the sanctuary, and making my way around the building and into the cloisters, I came to a room housing a precious artifact: one of the four surviving copies of the original Magna Carta, from when it was drafted in 1215. A similar feeling overcame me in the presence of this foundational document as did when I viewed the Exeter Book several weeks ago—one of grandeur emanating from history in its purest form. Although pictures were forbidden for fear of damaging the artifact, my few minutes spent viewing it were enough to ingrain the image in my mind.

As I wrote after my afternoon spent with the Exeter Book, my time abroad has allowed me a unique opportunity: to study, to learn, and to experience culture thousands of years old in a first-hand way. Classes and courses aside, the history inherent to the very stones themselves provides a perspective all its own.