My study abroad experience has turned into much more abroad and a lot less study. I have completed my first Hilary term tutorials in genetics and immunology and am currently on my six-week break between terms.
Immediately following the completion of my tutorials, I traveled to Madrid, where I stayed with my friend Gabi Mintz ’17 and also hung out with Bian Zheng ’17. We traveled extensively around the city, went to a dance class, took a sky tour over the city and had a fancy night of drinks and food with the Madrid study abroad program.
After returning to the UK, I spent a week between London and Oxford, hanging out with Gelsey White ’19, who was visiting from the US, and Michael Woods ’17. We saw the musical Kinky Boots in London, had high afternoon tea, walked through Hyde Park, went into the Tower of London, rode the Eye and saw “A Winter’s Tale” in Shakespeare’s Globe. In Oxford, we spent time visiting many of the Harry Potter, Tolkien and C.S. Lewis monuments. 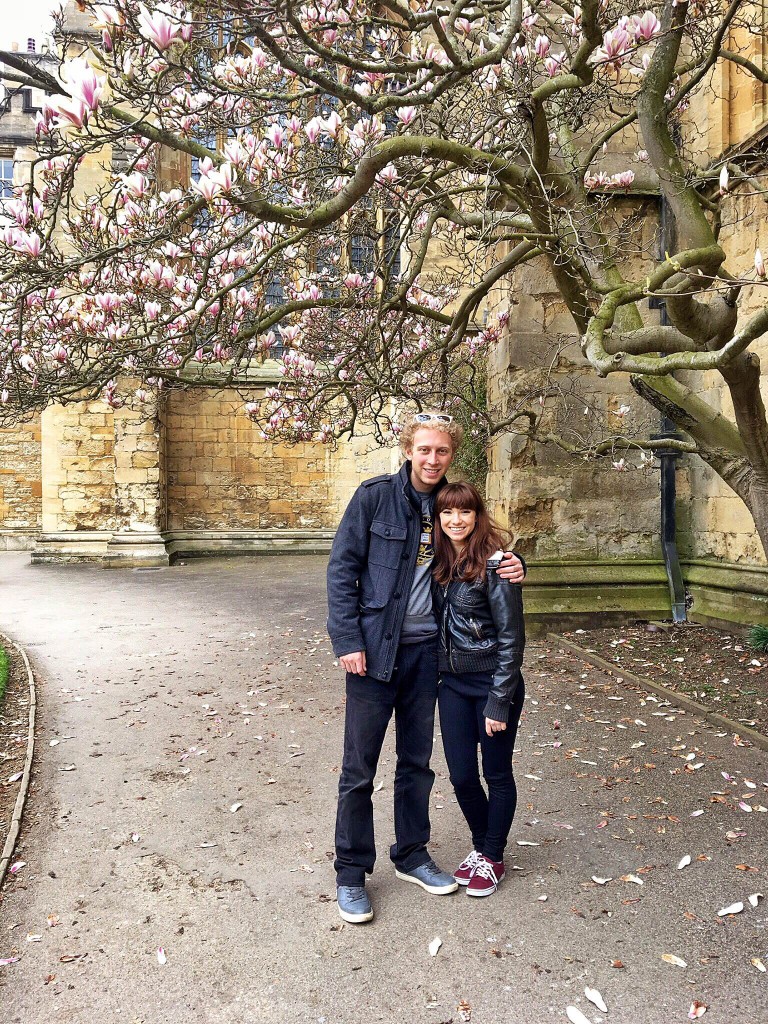 Afterwards, I departed from the UK to meet up with other Oxford Visiting Students in Budapest, Hungary, where we stayed in an AirBnB house. We visited the Buda Castle, swam in the famous medicinal baths, walked along the Fisherman’s Bastion overlooking the city, walked by the massive Hungarian Parliament Building, and even went to the largest pinball machine museum in the world.
Following Budapest, we flew to Athens and went to our next AirBnB. We visited the Acropolis and the Parthenon, of course, and also the ancient Roman Agora that was excavated recently. The best part is when we took a ferry to the Greek Island of Aegina and rented mopeds and ATVs that we rode around the winding and steep roads of the island for the entire day, ending with a short dip in the Mediterranean Sea at sunset.
After Greece, the group flew to Rome. This was by far the biggest and most touristy city yet. We wandered the cobblestone streets and ate quality Italian food. We visited the Pantheon and went on a Basilica crawl where we visited many of the major basilicas in the city. We went to the Vatican City and spent hours gazing in awe upon the spectacular frescoes in the Vatican Museum, ending in the magnificent Sistine Chapel by Michelangelo. Later, we visited the Colosseum like any other tourist would. In my last night in Rome, we were walking on Via de Pigneta when I was suddenly assaulted and mugged by two guys who came up behind me. Without me even noticing, the assailants removed a special necklace from my neck and then backed off before we fought back. It was already way too late by the time I realized it was fine. This is just a cautionary tale for other students going currently abroad or considering going abroad: never get lazy and never assume you are not a target for these opportunistic thieves throughout these European cities.
After Rome, we took a train to Florence, a much smaller but equally busy city. I visited the Florence Cathedral, with its unbelievably large brick dome and frescos, and climbed to the top of it to get a view of the entire city. I went to the Ufizi Gallery, where I saw original works of art by masters such as Leonardo da Vinci, Michelangelo, and Rafael.  I also spent an evening in the Palazzo Vecchio, a 13th-century palace and town hall for Florence, which overlooks he Piazza Della Signoria and its copy of Michelangelo’s David statue and contains many magnificent works of art by Vasari.
Finally, I am now in Barcelona, where I’ve already spent a day on the beach, took a walking tour about the famous, genius or madman architect Antoni Gaudí, who built such famous works as the still incomplete Sagrada Familia, Casa Milá, and Casa Batilló. The Sagrada Familia is an especially astounding piece of organic and modern architecture. I ended the day by walking around Park Guell, which is a park with many of Gaudi’s sculptural buildings, and climbing Montjuic, which gave me a panoramic view of all of Barcelona and the surrounding areas. Can’t wait to see what adventure awaits in my final destination of Morocco! Wish me safe travels.