While spring break at Vassar is just starting, I already had my break two weeks ago, which I used as an opportunity to do some travelling outside of Paris! This is my first time in Europe (and abroad in general), so there are so many amazing places to see that it was really difficult to decide where to go first. I reached out to some friends who are studying abroad this semester as well, though, and decided to prioritize going to those places first, which means that trips #1 and #2 were to Italy and London!

My flight to Italy landed in Florence, but the majority of my trip was spent in a smaller town called Arezzo. Located in the middle of the Tuscan Hills, I might have done more walking each day of that weekend than the time earlier in the semester when I snowshoed up a mountain (after this semester abroad, I’m not sure if I’ll ever complain about the walk from the TAs to the THs on Vassar’s campus ever again). Luckily, walking everywhere isn’t so bad because the Italian countryside is breathtakingly beautiful—even in the rain, which unfortunately never seemed to stop falling the entire time I was there.

One of my favorite things about Italy (aside from the pasta and the gelato, of course) was the architecture. I’ve never taken Intro to Art History, so I don’t know much about the topic, but even I could tell that the cathedrals in Italy are nothing like the ones I’ve seen in France. My favorite cathedral was one that I saw during a day trip to Sienna; the exterior was so intricately detailed, and the interior was full of striped stone columns, a ceiling covered in stars, and a beautiful Music Room with embellished old sheet music and a colorful ceiling that stopped my friend and I in our tracks when we first walked in. It’s maybe a little strange that my first trip to Italy consisted of fairly obscure towns and didn’t include the classic sightseeing spots like Rome or Venice, but going to places like Arezzo and Sienna was actually a really nice change of pace since I’ve been living in a big city all semester anyway. On top of that, even small and less-touristy places are full of hidden architectural and artistic gems: a fact proven to me by this cathedral in Sienna. I’ll just have to save Rome and Venice for next time! 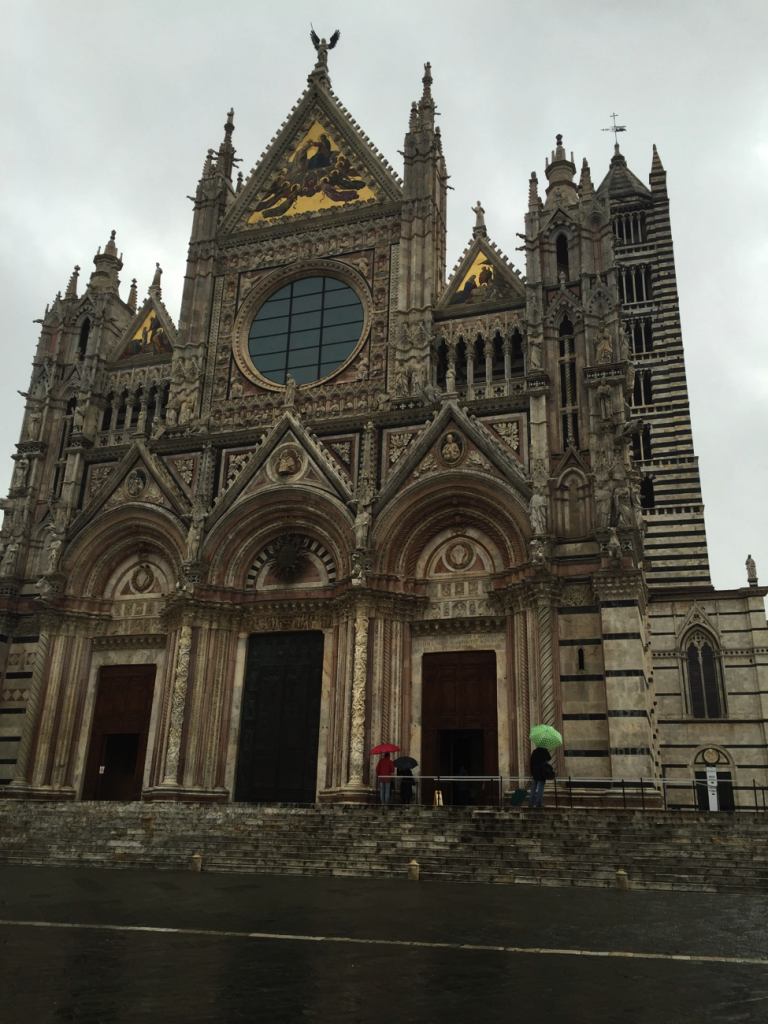 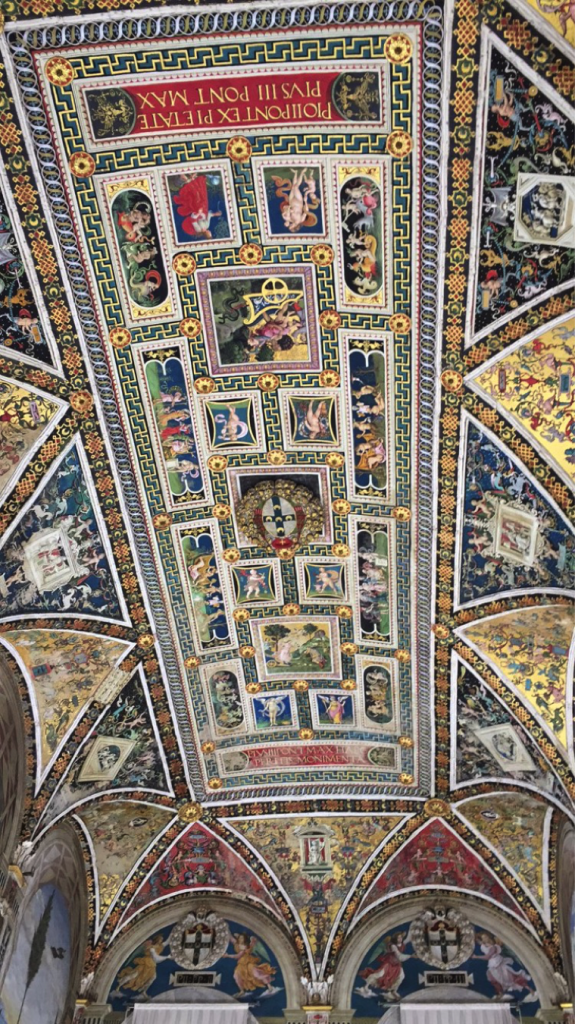 Another thing that really struck me about Italy was how warm and friendly the people I met there were! I don’t know if it’s a general-French thing or a specifically Parisian thing, but it’s often challenging to meet new people here and to make French friends (especially compared to how friendly and open most Vassar students are). But after one night at a bar in Arezzo, I had spoken to so many new people—most of them Italian—and I felt immediately welcome there. I even ended up speaking in French with some of them, which was a surprising but exciting reminder of how interconnected European countries are! Multiple Italian people assured me that it would be really easy for me to learn their language since it’s so similar to French, but something tells me that starting another language would not be as easy as they made it out to be. I don’t think I’m going to be starting a new one any time soon, but my experience in Italy was such a positive one that I’m honestly a little bit tempted to try!

The second half of my break was spent in London visiting friends from Vassar. I’m going back to London later in the semester with my family when they visit over spring break, which meant that I didn’t feel obligated to run around and do the classic touristy things; instead, I could follow my friends around to the lesser-known but just as exciting areas that tourists don’t always prioritize.

This included a trip to the Museum of Brands and Advertising, which may not be particularly interesting to most people, but the Media Studies major in me loved it. It also included a trip to the strangest store I’ve ever seen—techno music was blasting, there were store workers paid to dance in little booths on upper floors of the store, and almost everything was fluorescent and looked like it came right out of a science-fiction movie. It’s called Cyberdog and it’s the kind of place you need to see to understand why it’s so fascinating, so if you’re ever in London and have some time to spare, I would recommend checking it out. There were also outdoor craft and food markets everywhere we went, which I loved! In general, walking around the city made me feel like London had a certain energy to it that was really refreshing and exciting—though I might have felt that way mostly because it was nice to be temporarily surrounded by people speaking my native language again! It also was just so exciting to see my friends, that we could have been in the dullest place in the world and I would have had a blast.

I had an incredible time travelling around, but now that I’m back in Paris again I’m realizing how short this semester has been/will be! My time in Paris is officially more than halfway over, which is a really difficult concept to wrap my brain around. Time has flown by so quickly, and there are still so many things I want to do and see before May 8th, which is when I officially hop on a plane back to the US. I definitely want to do a trip or two to see some other parts of France, and hopefully I’ll get to travel to another country or two as well before I head back! Based on how fun my travelling experiences have been so far this semester, I’m looking forward to the chance to get to do it again!