In my last post, I wrote about getting oriented in London and settled at Goldsmith’s. After getting cozy in New Cross, I was ready to venture out and explore London–starting, obviously, with the most touristy things. In my first two weeks as a London resident (*squeal*) I’ve visited St. Paul’s Cathedral, the British Museum, the National Gallery, the National Portrait Gallery, the Barbican Theatre, the Museum of London Docklands, the Design Museum, Shakespeare’s Globe, the Tate Modern, and the Jane Austen House Museum, both on my own and with my group from Vassar. I’ve made my feet very sore, and got a lot of use out of my Oyster card (for public transport).

The first thing I have to say about sightseeing in London is that getting around is pretty easy. London’s public transportation system puts DC’s to shame. The busses, overground, underground, and light rail are all clean, timely, easy to understand, and frankly cute. I’m still excited to jump on to a cherry-red double-decker bus and secretly thrilled to hear the proper-British-accented recording tell me to “alight here for London Underground.” I’m still just too excited and new to the UK to be able to be cool about accents, apparently. Although I did get a bit arrogant my first weekend out on my own, when I triumphantly boarded what I thought was a bus to St. Paul’s, only to take said bus 20 minutes to the end of the line in the wrong direction. I’ve improved, though!

My outing to St. Paul’s Cathedral was both fun and exhausting. I’m a sucker for ornate architecture and historic crypts, but the decision to climb all 300+ steps to the top of the dome was a questionable one. When I made it to the top, the views were worth the climb–but I’m not sure how long it will take for me to surmount the humiliation of pausing to let an old man pass me on the way up the stairs.

I also enjoyed the National Gallery and the British Museum, although the sheer overwhelming volume of artifacts/art in each made it impossible to feel like I was quite finished looking. My favorite thing in the British museum was seeing the artifacts from the ship burial at Sutton Hoo, which will be familiar to any alum of Professor Amodio’s Old English classes who will have seen them on the cover of their textbooks. I felt like a little kid trying to get my face close enough to the glass to see the detail on the Sutton Hoo helmet. Upon leaving the British Museum, I got lost looking for my bus stop (I swear though I’m good at buses now) and ended up having an impromptu walking tour of the Bloomsbury area. Do you think Virginia Woolf ever got lost looking for a bus there?

Aside from my personal (mis)adventures in London, our awesome director plans a lot of outings for the Vassar cadre as a group. This past weekend, my nerd meters were maxed out when we went to visit the Jane Austen House Museum in Chawton, Hampshire. I got to see the house in which Austen wrote and published most of her novels, including the very (small) table that she wrote on until 1817.

I also enjoyed walking with my group through Chawton and Alton, where I saw quaint stone houses, rolling fields, sheep and cottages with real thatched roofs. Before I saw them I would have been sure than no such thing existed anymore! 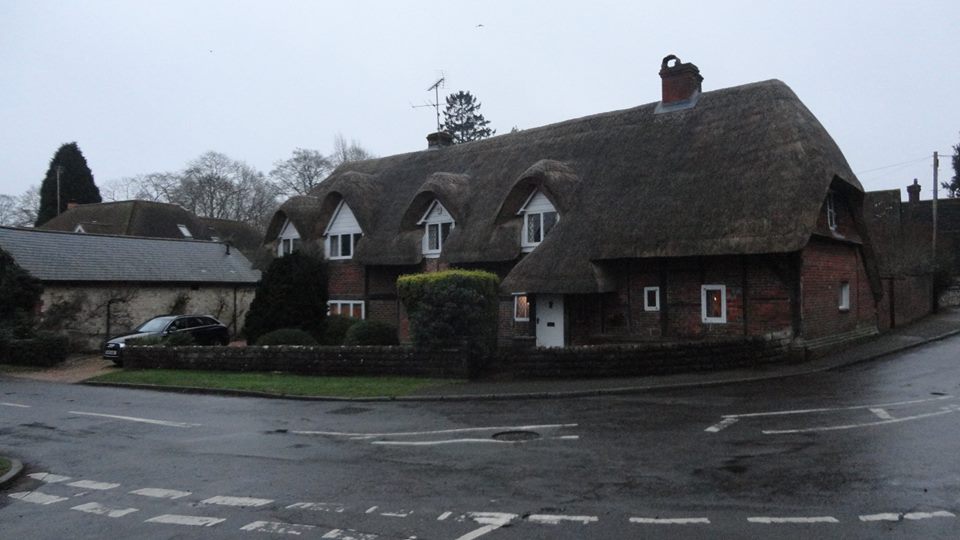 Starting this weekend I’m preparing for my biggest outing so far. I’m flying to Dublin on my own to spend a few days in a hostel and explore the city. I’ve never traveled on my own like that, and I’m really excited to see that city and for the opportunity to strike out on my own!