Greetings from Bolivia! I am writing to you from the airport in La Paz, on our way to Cochabamba where we will meet our homestay families and spend the majority of our remaining time. Speaking Spanish has been so rewarding, and I am excited for a new city and a chance to immerse myself with the language in my new home. But first, let me take a few steps back from where I left off – on the train ride to Fes, Morocco. 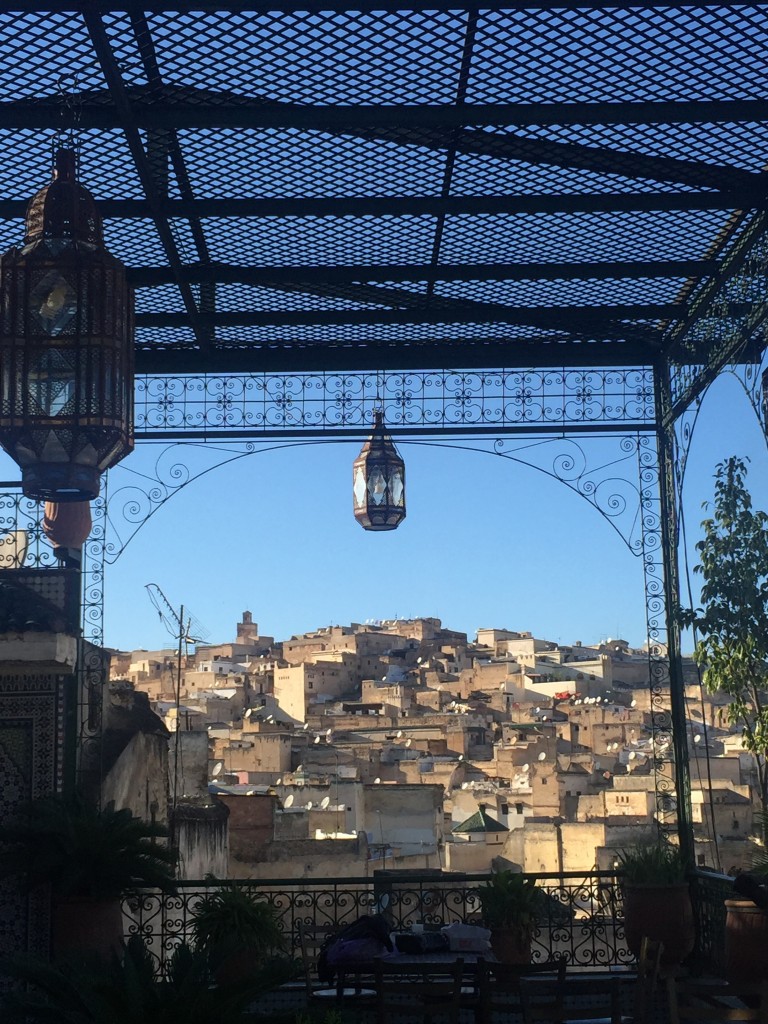 We stayed in the Fes Médina, a UNESCO World Heritage site and among the largest carless urban areas in the world. It felt similar to Rabat, but with more distinct neighborhoods and an immensity that was difficult to grasp. We wandered around markets of textiles, endless produce, and homes. On our last day, we sought out the leather tanneries, a famed destination. We asked for directions along the way and heard from many that the main area was under construction but we carried on regardless. A young man on the street said he could take us to see the tanneries, and after some hesitation we paid him a small fee for his unofficial tour. We walked across a bridge and waded through workers knee deep in dyes, coloring the leather in circular tanks. We stepped over obstacles of leather, wastewater, and cinderblocks as we made our way to a stairway. Atop, there was a view of the tannery below and a smattering of leather hides drying on rooftops. 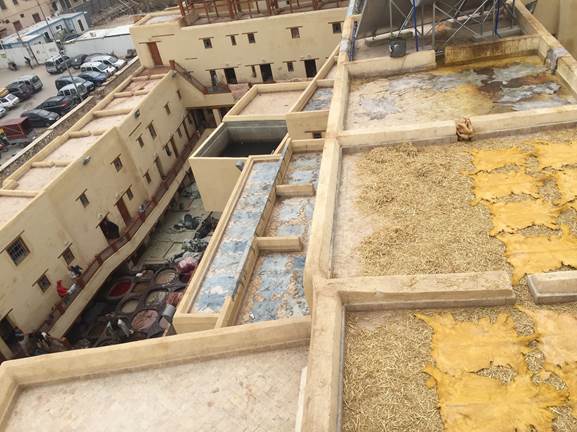 The next morning, a smaller group of us embarked on an eight-hour drive to the Sahara desert. We stopped along the way and remained giddy with anticipation as the mountains slowly disappeared making way for flat terrain, and dunes began to appear in the distance. They dropped us off at our hotel and as we gathered our things for the night they urged us to hurry, as sunset was approaching. We mounted a row of camels that jolted up and we began our bumpy ride towards the dunes. We took in the landscape, laughed, named our respective camels, and held on for our dear lives as we rode off into the sunset. We settled into open-air tents and our guide introduced himself to us as Mubarak or Black Stars. He brought out tea and one of the best tagines during my time in Morocco. After, he set us up with a campfire and we stared in awe at the sky undisturbed by light pollution, remarking on shooting stars intermittently. 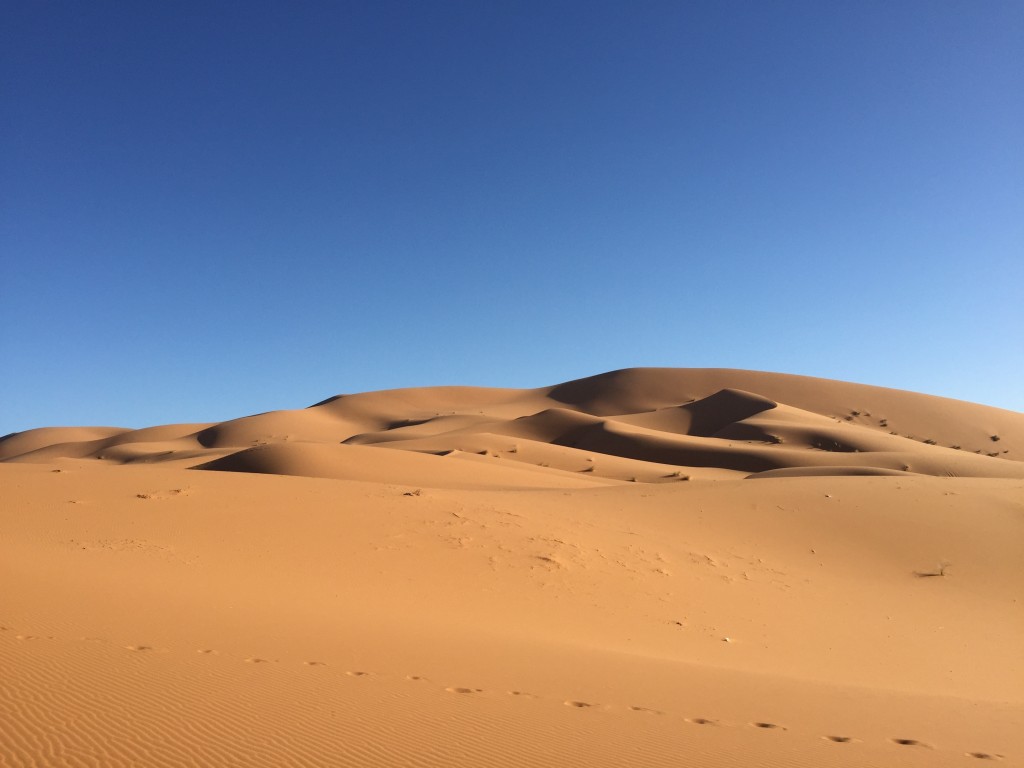 We reconvened with a larger group of students and made our way by train to Asilah, a beach town close to Tangier in the north. We spent the remaining nights of our vacation there and enjoyed some rest and relaxation. The weather didn’t treat us well, but the view, quality time, and meals cooked together more than made up for it.

After vacation, we met back up with the whole class in Rabat. We had a few days of program synthesis where we presented the progress on our final research papers and completed midterm projects. We flew from Casablanca to Barcelona with a 24-hour layover where we weren’t allowed to leave the hotel. After, there was a 12-hour flight with an additional 3-hour connection to arrive in La Paz, Bolivia. 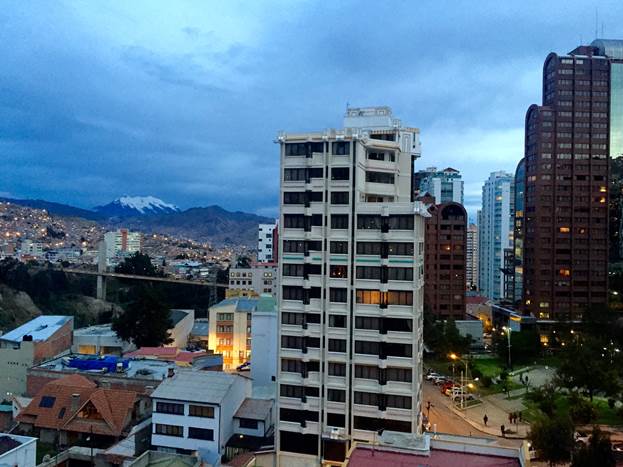 The picture above is the sunrise that greeted us at our at 5am arrival. Despite our exhaustion, we stared in awe of the snow-capped mountain, Illimani, the highest peak in Bolivia. At 13,000ft, the travel time and altitude of La Paz took its toll on me. For the first few days I was bedridden other than class time, but as I adjusted climbing up the stairs didn’t tire me  so quickly. 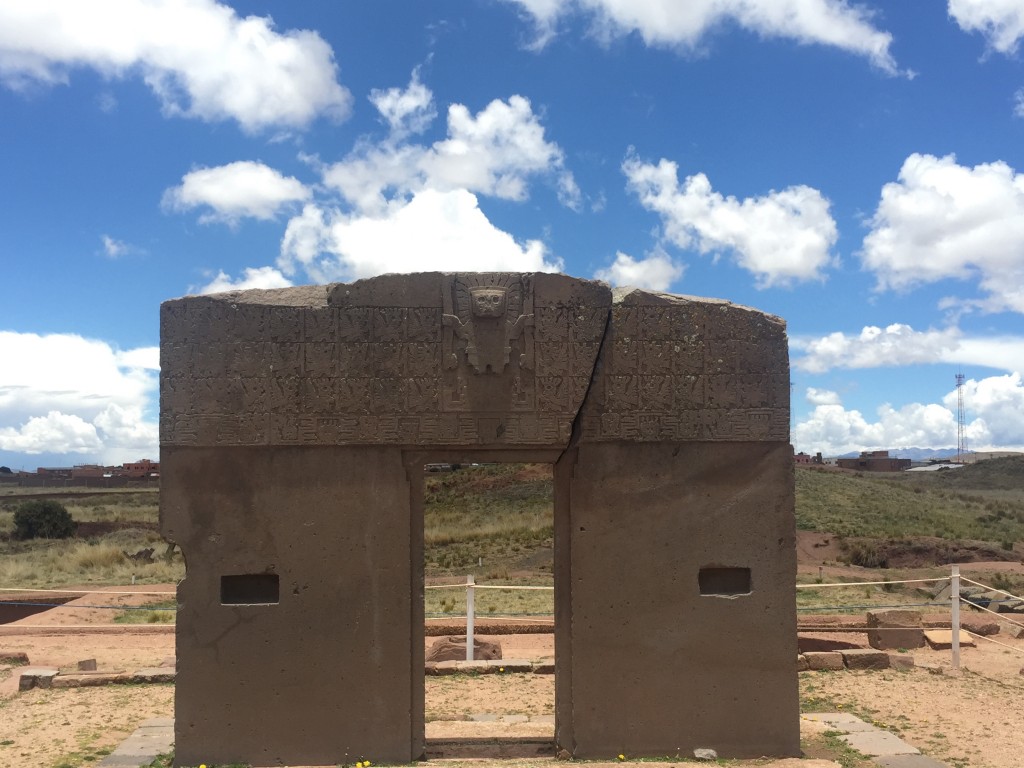 For our first excursion in Bolivia, we set out for the ruins of the Tiwanaku civilization. Osvaldo Rivera, an archaeologist who assisted in excavating this site, was our guide and he got more excited with each site and facts he was able to share with us. He toured us around the Sukakollos, vast planes in the Altiplano region that utilizes canal systems to protect crops from frost and was part of the success of the Tiwanaku civilization. The Tiwanaku were the longest lasting civilization in South America and based on core samples, their extinction followed major climatic shifts. Although based on natural cycles of the planet and not anthropogenic, a common defense used to reject climate legislation, this example reinforced the belief that climate change has the ability to effect even the most advanced civilizations – adaptation and mitigation are required regardless of the cause. 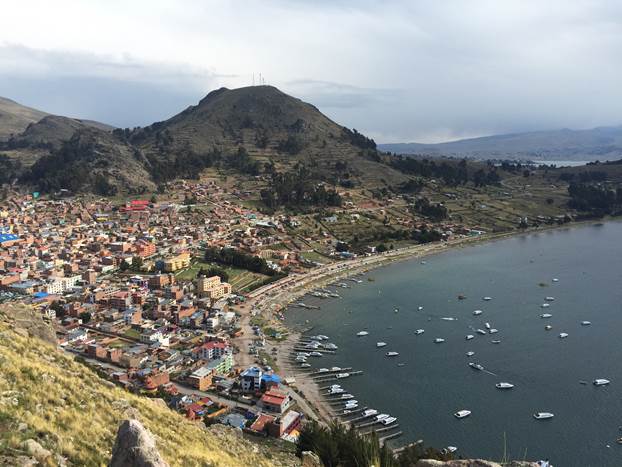 Next, we headed to Copacabana along Lake Titicaca. Among the most breathtaking places I have seen on this program, Lake Titicaca is the highest navigable lake in the world. Tectonic shifts pushed the lake up for centuries leading to the isolated evolution of the giant Titicaca water frog and freshwater seahorses.

The Isla del Sol, home of the Inca origin myth, is an isolated island in Lake Titicaca. During a day trip, we hiked the hilly terrain and Osvaldo Rivera told us of the origin myth. According to his story, the island is the source of both the Sun and the Moon and is a location for pilgrimage in South America.

I am looking forward to Cochabamba where I will meet up with my freshman roommate Joey Weiman ’17. With less than a month left on this program, my remaining goals are to get to the city, share experiences with my homestay family, and get a whole lot of work done.