Life in Vietnam transpires in the streets. Families and shopkeepers enjoy people watching from their stoops, while men and women sell produce or consumer goods from baskets balanced on their heads or makeshift markets laid out on the sidewalk. There appears to be a general disregard for traffic laws, and most people get around by motorbikes that can hold one or two passengers – or an entire family with a child balanced on a parent’s shoulders.  I will be the first to admit to a bit of culture shock during my first days of adjustment, but I have come to see the beauty in this way of life. 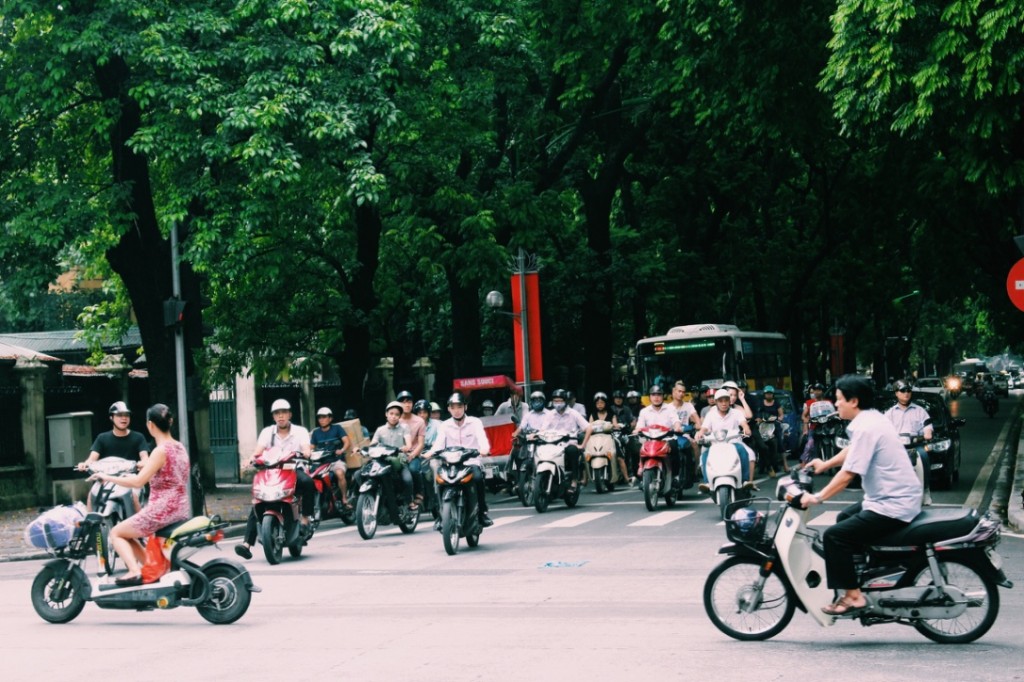 There is an organic flow to crossing the street. Basically, walk at a steady pace and the motorbikes will adjust their speed and weave around you. Don’t run and never step backwards. There are plenty of storefront merchants, coffee shops, and wifi spots but my most memorable experiences have taken place outside of what we may consider a typical establishment in the U.S. In Hanoi, where we spent our first two weeks, there is a three-story market in the Old Quarter where merchants pack goods into stalls and barter with consumers who weave through aisles and excess stocks of products. It closes by nightfall, and on weekend a night market opens up along a few blocks downtown selling a variety of products and street food. 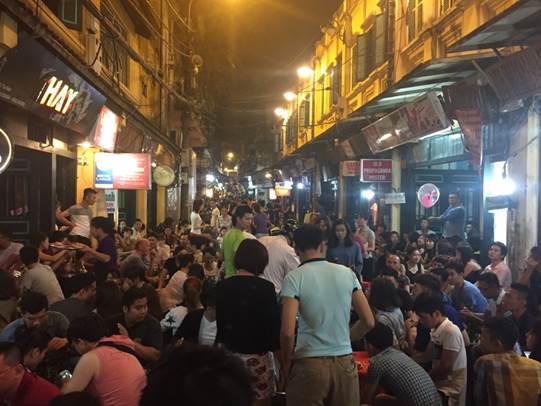 In Hanoi, our lectures were about Vietnamese history, the rise of civil society, the role of non-profit and environmental advocacy organizations, and a breakdown of the structure of the government. Vietnam is a Socialist Republic ruled by a single Communist Party. Citizens vote for representatives in the National Assembly, but much of the upper administration is chosen from within the National Assembly and Party leadership. The government controls the press, who run daily news reports from loudspeakers early in morning. Much of what we learned has been pro-development and emphasizes both the country’s steady rise out of poverty after the Vietnam War and conflicting interests between aligning in trade agreements with China or a push for Westernization with the United States. I have been challenged about my perception of Socialism and Communism from high school and even college, but I’ve got a lot to learn.

After Hanoi, we took a short flight south to Cần Thơ in the Mekong Delta. This region is the southern tip, and the major agricultural region of Vietnam. It produces about 50% of all food, close to 65% of fruit, and about 20% of the country’s GDP while supporting a population of 18 million. With clear ties to my program’s focus on food, Vietnam is listed as one of the top five countries most vulnerable to the effects of climate change. The Mekong Delta is on average about 1.5m above sea level, posing a major threat to agricultural production with rising sea levels and more intense floods and droughts. A complex system of dams harnesses hydropower along the Mekong River stretching to the north, but has disrupted fish migration and sediment flow, causing the Delta to sink at a faster rate which threatens its longevity. My independent research project will compare the Sacramento-San Joaquin River Delta in California with the Mekong River Delta – looking at the threats of climate change and the measures that the governments plan to implement in order to safeguard these crucial regions. 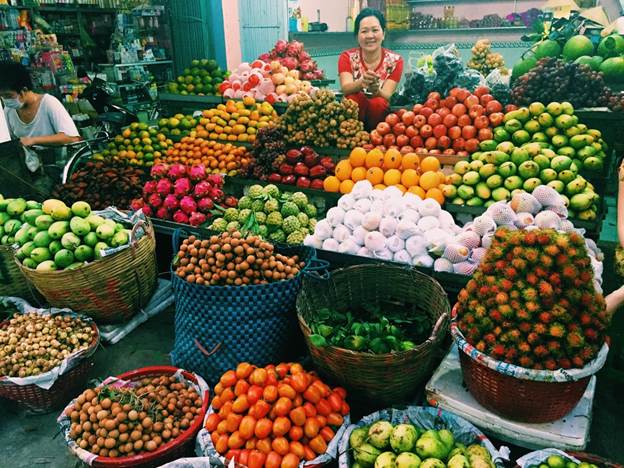 I am living in a homestay in Cần Thơ in a family of two professors in the School of Agriculture at Cần Thơ University. This is my first homestay experience, and I am grateful for the opportunity to experience the culture and especially the home cooked meals. Both of my parents speak English very well, and are knowledgeable about Vietnamese history. They got their PhD’s in Sweden and have traveled to many countries, so our dinner conversations tend to shift quickly from how our days were to political economy, international politics, and democracy. 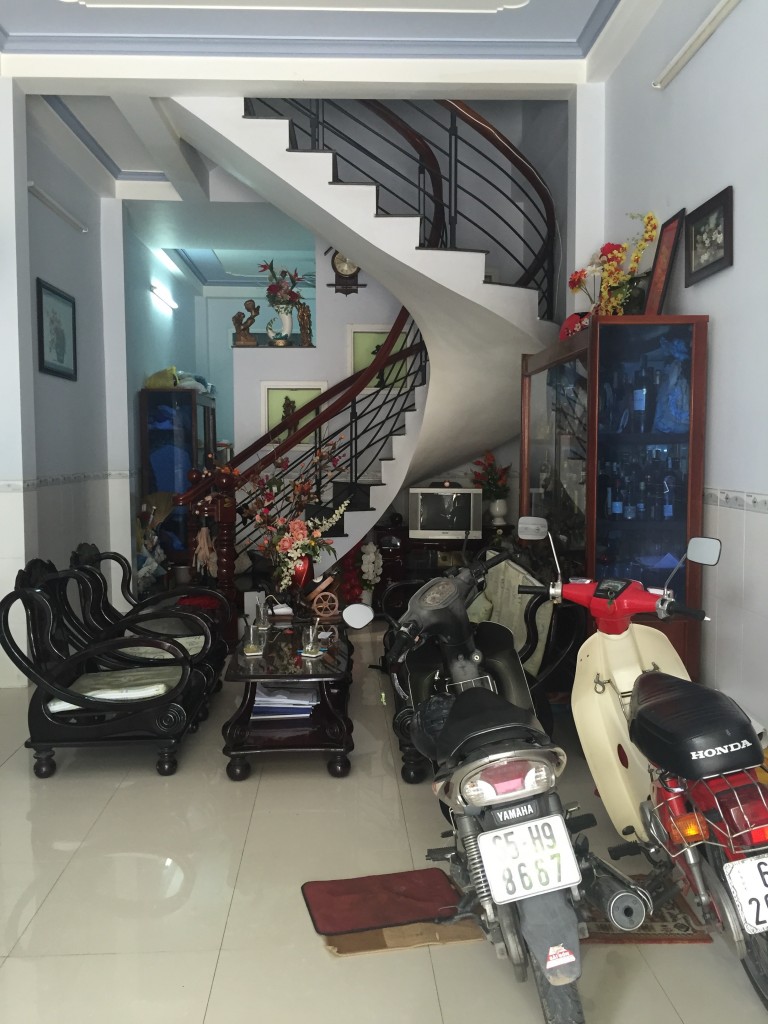 The past few days we have traveled to Cà Mau and Bạc Liêu, two provinces in the southernmost tip of the country. There, we visited two national parks, a biogas plant at the largest pig farm in Vietnam, and a wind farm. Standing below a wind turbine and touching its base was a surprisingly spiritual experience for a self-proclaimed tree-hugging environmentalist like myself. Placed in shallow wetlands without much environmental degradation, it was a contrast to our visit to the Soviet-era Hòa Bình Dam in the north with 1920MW energy production that flooded over 20 towns and displaced their populations.

In between lectures, site visits, and bumpy, hours-long bus rides, we’ve made time for fun and memorable experiences. During the first week of lectures, a local Vietnamese news station interviewed me after class about the lecture and our research on climate change. After class in Cần Thơ, a few classmates and I began playing a game called đá cầu. It is most analogous to hacky sack, but the toy is plastic shuttlecock attached to a feather. We stood in a circle and tried to get a knack for the game until we saw some university students looking on and giggling at us. I motioned some over and eventually our circle of five turned into about twenty U.S. and Vietnamese students. They impressed us with their skills and coordination, and it was a lot of fun to share in some non-verbal communication.

Speaking of communication, some funny interactions have occurred due to what was been lost in translation. For example, our professor tried ordering coffee and ended up with two coconuts bigger than his head. Our group has shamelessly craved ice cream, but our familiar flavors or textures have eluded us thus far. After some friends and I enjoyed a meal we ordered some Oreo ice cream. After close to a 10-minute wait, we were worried we’d be late for class and wondered how ice cream could take so long. Out came a huge bowl of blended ice cubes with cream beneath, reachable only by the long spoon or straw. Atop sat fruit, corn flakes, and a few crushed Oreos. Our mouths were agape when the waiter brought it out, but in their defense they carried through with the promise of both ice and cream, so we enjoyed it nonetheless.

We have a few days left of classes in Cần Thơ and then we’re off to Ho Chi Minh City until our flight. Morocco is next and I’m excited. I’m left with a lot of different feelings about the memorable experiences I’ve had and all of culture I’ve missed out on. I expect more adventures ahead, with a little more wheat and bread in my diet.