I’m still on summer break, technically. English universities begin their terms much later than Americans begin their semesters, meaning I am at the tail end of the longest summer of my life— a dream come true for a younger self who aspired only to watch Cartoon Network and eat Cheetos, but dreadful for a college student waiting to go off on an adventure. At least by the end of September I’ve achieved the “abroad” part of “study abroad.” A few days ago, I finally took a plane to the UK, where I have been spending my first few days in London for orientation with my American program that is helping me spend the semester in England. Tomorrow morning I leave for York, which is where I will be living and attending university until December. That is where my real experience begins, but until then I have been going through a crash course in all things English by being a tourist in London. 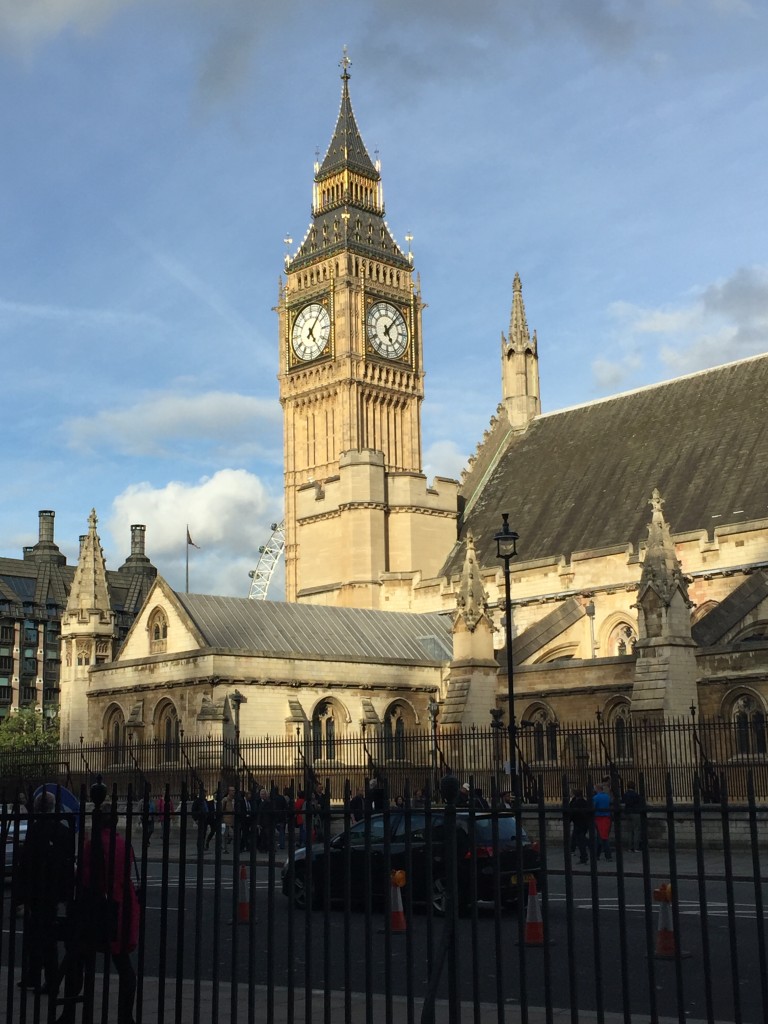 Somehow, London has pretty much been…exactly as I expected, for the most part. That’s not a bad thing. I anticipated a posh city where all of the buildings have history, character, and beauty—where the vehicles are all tiny and cute except for the even cuter red double decker buses. And everything I’ve seen here actually looks like that. The small schoolchildren actually wear blazers and straw hats with ribbons, for goodness’ sake. 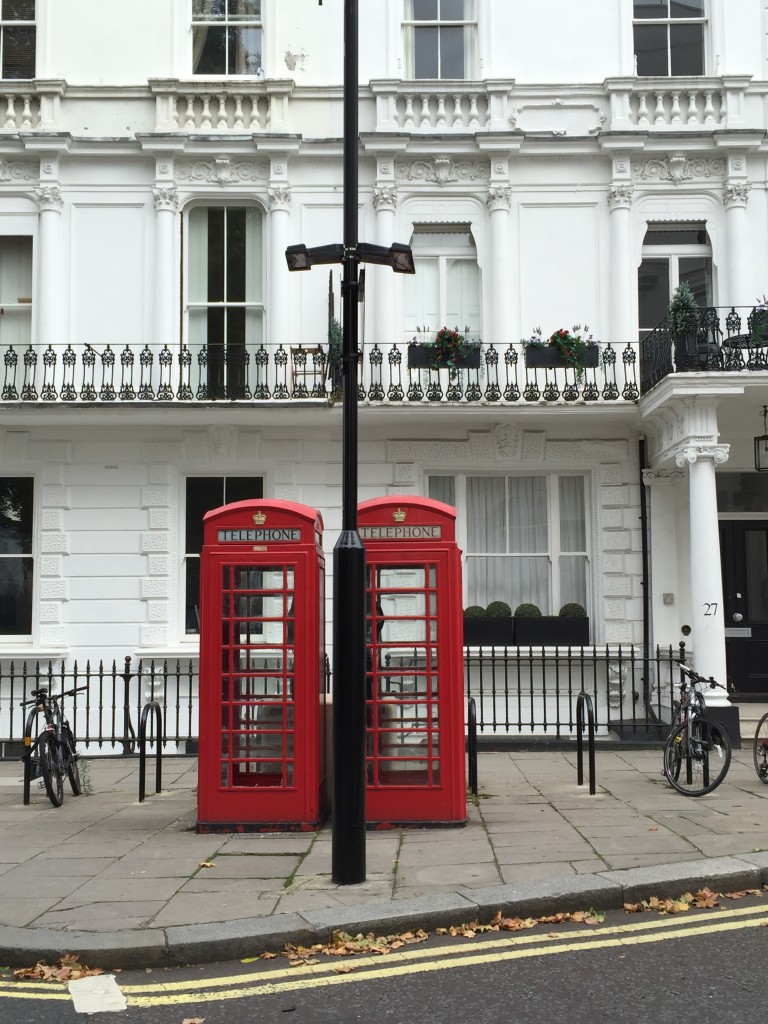 That’s not to say I haven’t been surprised. One of the biggest obstacles I anticipated before arriving was food. As a vegetarian, I did not see myself fitting into a food culture of which meat seemed to be an integral part. However, so far I’ve actually found being vegetarian to be much easier here than it ever has been in the United States. It’s not that the English don’t love meat as much as I thought; they really, really love meat. But almost every menu of every restaurant I’ve eaten at here has a symbol next to vegetarian options. Some restaurants do that in the U.S., but it seems to be more of a norm here. Something I’ve never seen in the U.S., though, is that most packaged vegetarian foods from English stores say “suitable for vegetarians.” At home, with any unfamiliar food I often have to scan the entire ingredient list about five times just to be sure. I’m not the only lucky one. This country just overall seems to be more conscious of other people’s dietary needs: potential allergens are always noted on menus and bolded in ingredient lists.

The English also seem to love drinking as much as they stereotypically love meat. The one large exception to my easy existence as a vegetarian are the pubs. When I asked the bartender at a pub if they offered any vegetarian options, he was kind and helpful, but I’ve never seen a man more stumped in my life. I ended up with a salad with a cider dressing that made the lettuce taste like beer. This morning I also had an iced tea from Whole Foods that somehow tasted like beer. They really like beer here. 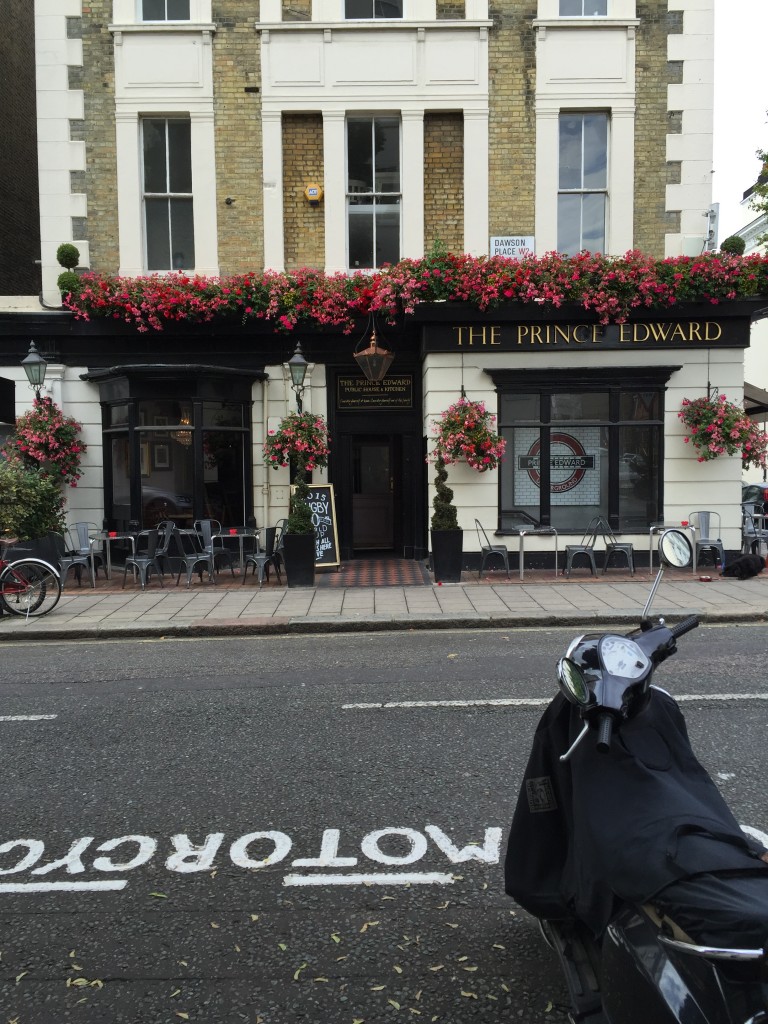 Despite the truth I’ve found so far in a lot of my expectations, my favorite part of being in a new country is discovering the subtle differences that don’t usually come up in conversations about cultural differences. Everyone knows that the English drive on opposite sides of the road, but no one ever mentioned to me that they have crosswalks in the middle of the street, not on the corners. Air conditioning isn’t a thing here; it’s nice and chilly outdoors but uncomfortably warm in our hotel room and the shops. A lot of doorways separate one room that has a slightly higher ground level than the other, creating what is, in my opinion, an unnecessary step. 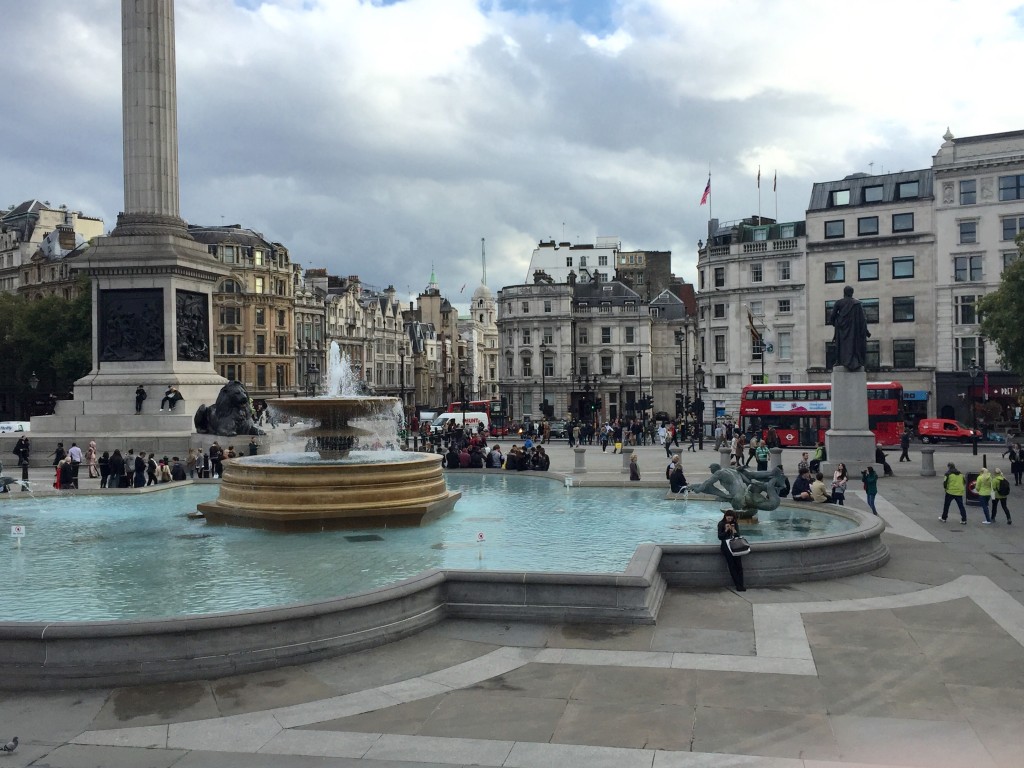 I was going to include a paragraph about how London also seems unexpectedly safe compared to a U.S. city, spare the increased threat of petty theft. But then I had to flee from the Starbucks in which I was writing this blog because a man came in who was being creepy and aggressive. Maybe that was a sign that my first impressions will turn out to be remarkably wrong, which I would be alright with; I was, after all, able to take a five minute walk after fleeing from Starbucks and finish this piece in Hyde Park. Although England may be one of the least challenging study abroad locations because of its language, as I look towards my departure for university tomorrow I am confident that I will encounter the adventure and surprises that I want out of this experience.