When I tell people that I will be leaving to study in Vietnam for a semester, I am usually met with disbelief.

“Oh my goodness, why?” everyone asks.

“Will it be safe?” one says skeptically.

If someone is feeling particularly diplomatic, she might say, “Well, at least the food will be good.”

My response is just as terrible. I give a cowardly shrug, put on a fake grin and say apologetically, “I know, crazy right?” I usually top it off with an awkward, self-conscious laugh.

The conversation then shifts to my friends.

“Ah yes, so and so?” I say, eager to move on from that conversational train-wreck, “she’ll be studying art in Paris. And you know what’s-his-name, don’t you? He’s spending the whole year in Italy.”

At this point, everyone—usually acquaintances, semi-distant relatives, friends’ parents and the like—lights up. “Oh, Paris! How lucky! How amazing!” they say enthusiastically. The other adds wistfully, “What I wouldn’t give to go to Italy for a year! I hope your friend appreciates every minute!”

Although many people seem to believe it, my decision to study in Vietnam was not an accident. It was a conscious and enthusiastic decision. Although a summer of these kind of conversations has been taxing and disheartening, I am still resolutely confident in my choice. The highly-esteemed, research based program I am in focuses on social change and economic development in one of the fastest changing countries in the world. It promises a rigorous academic setting and an immersive cultural experience, complete with intensive language courses, homestays with middle-class families and vetted volunteering projects. At the end of the four months, I will depart Vietnam having written a 50 page thesis based on my own independent research on a topic of my choice. As an international studies major focusing on South East Asia, I couldn’t be more excited to see what adventures are awaiting me. 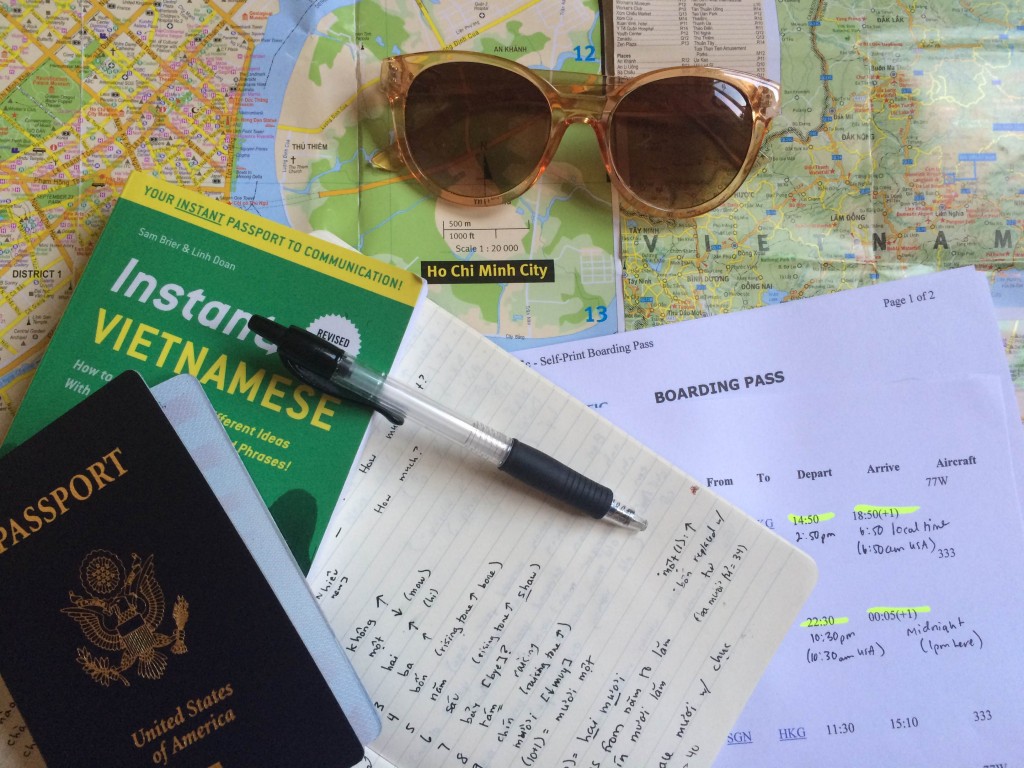 The lack of enthusiasm I have been receiving from people back home, however, has not been innocuous. Overall, I am just tired of feeling like I have to continually apologize for my decision to go to Vietnam for my junior year abroad (JYA). Everyone going abroad is nervous, regardless of the destination; we are nervous to be away from our homes and our friends, to be in a new culture with people we don’t know, and we are nervous to speak a language we don’t yet understand. On most occasions, this is understood and respected, and people offer excited congratulations and reassurances. In my case, however, I am continually incredulous that my JYA destination—somewhere a bit further away, somewhere a bit more unknown, somewhere a bit more politically charged—warrants such a lack of sensitivity.

I am not the only student who feels this kind of stigma; I find that other students who have chosen to go to non-European places for JYA, places like Argentina or Madagascar, also feel this kind of push-back from family members and colleagues, as if only countries that are members of the EU are commendable study abroad destinations. This lack of appreciation for these other destinations must be confronted not only for the sake of the adventurous students traveling to them, but also for the general sake of the shrinking international sphere; as the world gets more interconnected every day, we all must stop viewing countries that are different than us with wary distrust. I wish everyone I spoke to this summer would understand that my decision to go to Vietnam is just as legitimate as anyone else’s decision to go anywhere else.

Of course, Vietnam’s past relationship with the United States doesn’t help the situation; when I say Vietnam, any American over 40—heck, over 18—immediately visualizes some combination of Agent Orange, the draft and/or President Johnson. But Vietnam is not defined by the “American War,” as it is called there; after all, that was just one war in over 250 years of external occupation.

So the next time your niece or your roommate or your lab partner tells you they are JYAing in Mongolia rather than Madrid or South Africa rather than Switzerland, a word of encouragement would not go amiss. We don’t expect you to name any museums or beaches in the place we are going.  We just don’t want to have to apologize for our decision.

The next time I write, I will be in Ho Chi Minh City. Like all JYA students, I am incredibly excited and unspeakably nervous. To everyone abroad this semester, all over the world, I wish incredible luck and a bountiful amount of learning. To everyone holding down the fort at Vassar, I wish you endless womp-womp sightings and great Deece days.

Here’s to a great semester for all of us!