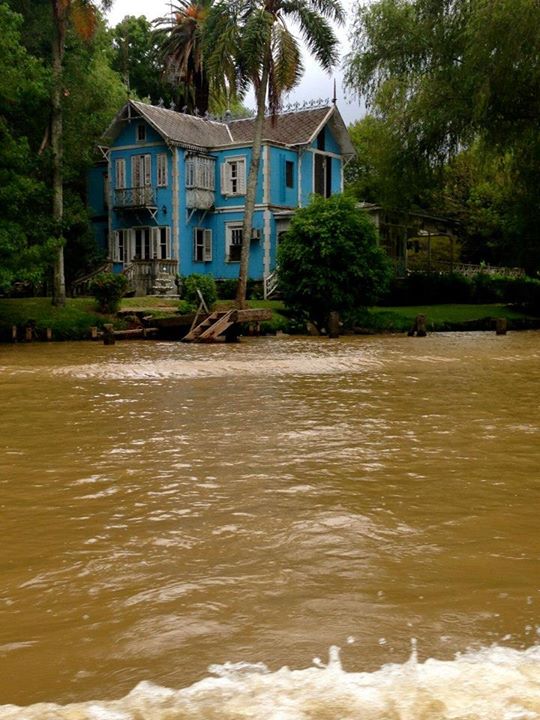 My program’s start date was February 24th. That gave me a little over two months of down time before I had to start using my brain again. At first, I thought this was one of the best things that has ever happened in the history of world. I imagined that I would be sitting with my dog in the backyard just straight chillin’ for about two months. Of course, there would be the occasional doing of things like any normal person, but the main thing would be nothing. After the stress of finals, I was ready to enjoy this much needed relaxation.

For the first month it was awesome. The occasional doing of things included some backpacking trips, whale watching, and visiting family. But then everything changed when extreme boredom attacked. The last month was filled with waiting, as I had already bought my flight to Buenos Aires, and everyone I knew was in school. I was getting antsy to get back into a schedule and start an adventure filled with mate and choripan.

Finally, the fateful day came. I flew out of LAX to Dallas. My flight had been delayed, but luckily my connecting flight to Buenos Aires was held for us. As I rushed into the plane, as it was already occupied, I encountered a buzz of Argentinean Spanish. I was tired from a long day of airport lines and traveling, so it was a bit of a culture shock. I had not been expecting to encounter people addressing me in Spanish, nor me having to spit out the measly Spanish that I could manage. But I was happy to find myself on a new adventure in a new country, with a new language, and in another hemisphere.

I arrived at the airport tired, and with what felt like a ton of bricks in my bags. I bumbled around looking for my group that I was supposed to meet, eventually found a tired group of college students surrounded by bulky travel bags, and felt right at home. Everyone was exhausted, but not to the point where they couldn’t be excited…to take a nap at the orientation hotel.

After orientation and meeting the 18 other people from all over the U.S., we were adopted by our homestay families. I was going to the bathroom, and so happened that I was the last one to come in to the room where we met our families. I guess you could say that I was the last one to be adopted. It’s no biggie though, because my homestay mother is a perfect fit. My program gave a lot of thought into matching up our families to the preference survey that we all filled out. So, I live in a middle-class neighborhood in the Belgrano neighborhood of Buenos Aires. It’s just my mom, Maria, who only speaks Spanish, and me in an apartment. She has grandchildren of ages 3 and about 1, who come by to hang out every so often, and I’m sure that the 3 year old can destroy me when it comes to speaking Spanish.

Every morning I wake up, most likely looking like hell, and every morning my homestay mother is there with a huge smile on her face wishing me good luck in classes for the day. Breakfast isn’t much of a thing in Buenos Aires for the most part, but I don’t mind not eating a lot in the morning. I’m given a lunch stipend for in between my classes, and for dinner Maria cooks me typical Argentinean food like choripan and chimichurri. We talk for about an hour at the table about anything and everything in Spanish. It’s a great time to relax and unwind during the day. She’s one of the nicest people, and I’m sure that she likes the company now that her kids have left and have families all of their own. I’ve only been in my homestay for a week, and I’m beginning to think that this will be one of the better parts of my study abroad semester.

I haven’t been able to do as much exploring as I’d like. But, so far I’ve visited El Tigre, which is on the outskirts of the city of Buenos Aires, and is basically like the Venice of Buenos Aires. There are hundreds of little waterways slicing through islands, which have houses on the waterfront. People use boats to reach their houses, and there is even a school-boat to pick up and drop off students. A lesser experience was going to a beliche, which at least the one I went to, was essentially just a club. The name had me fooled for sure. When I stepped through the entrance there were essentially two huge dance floors. One was playing club music in English, and the other was playing Spanish language music. I definitely liked having a choice, because I felt that I got two beliches for the price of one.

On my list of things to do in Buenos Aires is definitely to go to the great and numerous flea markets, or ferrias, that the city has to offer. Every weekend there are usually huge plazas filled with stalls, and each market is different.

Every weekend holds a completely different adventure. Exploring is the highlight of my program so far, but I’m sure once we the learning becomes more experiential based in terms of taking our excursions to Paraguay, Uruguay, and Brazil, that I will be writing about my experiences in class more so.