Oh how the days go by. London feels like home now, and the urge to absorb the city as much as possible on a daily basis is slowly starting to fade. I wake up, go to class, go grocery shopping, do work, hang out at night, etc. Things are starting to blend together here. It’s hard to believe it’s already November. Things like the tube are second nature at this point, the only problem being that I eventually run out of money on my card… and in general. In case I haven’t mentioned it, London is extremely expensive, even when you’re not going out every night for four pound pints. Still, I am adjusted. 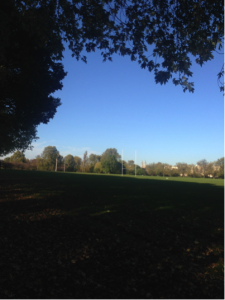 Classes, too, are moving right along. My Media Law & Ethics class has proved both overwhelming and underwhelming. While there is a vast amount of information to be explored, it seems as if we are glossing over the intricacies of law and focusing on ethical dilemmas (most of which are fairly trivial). I will figure out what to write my paper on…eventually. My other Goldsmiths’ class is going quite well and I hope to write a tremendously sophisticated paper focusing on the intricacies of Tim and Eric Awesome Show Great Job and how it sheds light on the “truth” of subjectivity within a society. 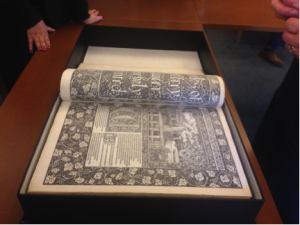 Class with Professor DeMaria has also been quite incredible. We were able to go to St. Brides to print our own work. We listened to Professor DeMaria’s friend, Rick, discuss strong opinions about the world of books and knowledge, and about the struggles and strengths of being a Man-Booker prize judge, and we toured the British Library to see treasures like the Magna Carta, Gutenberg Bible, and Shakespeare’s First Folio, all of which were incredible in their own ways. But enough about classes. 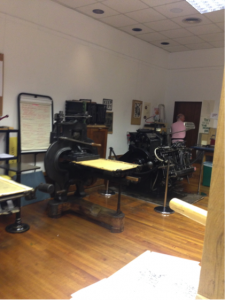 My independent project has finally gotten off the ground.  I have attended two comedy shows thus far and both were quite unique. The first, located in Stockwell, was quite the experience. Knowing nothing about the area beside the tagline on the pub hosting the show’s website that stated: “and some people say nothing happens in Stockwell…” I was expecting the area to be fairly quiet. What I got was a fifteen-minute walk from the nearest tube stop through eerily silent residential districts. When we finally arrived at the pub, there was no one outside and no one in the pub itself.  Even the bartender was in the kitchen. I guess that’s what you get for being ten minutes late to the show. Inside the performance room, however, things were extremely lively. There were no more seats so we planted ourselves against a wall and proceeded to sweat profusely while twenty amateur comics each performed their own five-minute sets. The acts were overall quite funny, with mostly self-deprecating humor and jokes about the struggles of adjusting to life as a young adult.

The next week’s show took place in Islington in a place called The Camden Head Pub. The act was a bit more legitimate in a strange, strange man named Al Lubel. Lubel’s act was billed as a “one man show” rather than a comedy set and he did not disappoint. Lubel played the role of the narcissist as he sang his name repeatedly, talked about how he was the best and going to be up in lights, and culminating in a slow, oddly amusing strip routine. 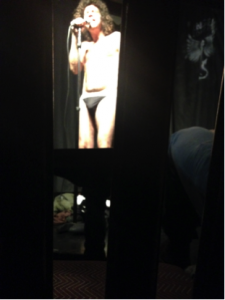 When I wasn’t seeing some truly unique stand-up, I decided to continue to venture into London alone. Some trips, like the one to Trafalgar Square, proved less than exhilarating, as the National Gallery wasn’t really my speed, the square itself was nothing more than a center for tourists, and it started to rain midway through (not surprised). But others, like my venture to Foyles book store and a walk to Regent’s Park proved much better because Foyles, the largest book store in London, was not only large but really wonderful inside, and the walk through Soho to Regent’s helped me explore a really cool, beautiful part of the city for the first time. Unfortunately I was hampered by what I thought at the time was a swollen ankle from basketball. In reality, one of my cuts had gotten infected and I developed a deep tissue infection that spread down from my heel to my foot and ankle, swelling things and making it quite hard to walk. Still, my experience with medical care was extremely efficient, cheap, and successful. 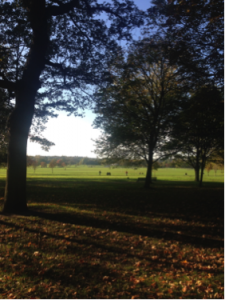 We now have a weeklong break, so I hopped on a plane to Amsterdam for the weekend. Armed with nothing more than a backpack full of clothes and my passport, I ventured through the city, staying with my mom’s friend from college (who runs a wonderful B&B) and meeting up with friends. I even got to attend Museumnacht, a yearly event where all of the city’s museums are open till 2 am with free transportation between them, live music/DJs, and free food and drink. The city is surreal, meshing beautiful architecture, people, and infrastructure with immense debauchery in a hauntingly seamless way. The inherent complexity of the city and its transportation was extremely captivating as everything seemed to just flow, as if everything could coexist like this everywhere, even though you know it probably wouldn’t. There is something about the city that is simultaneously drawing you in and pushing you away. Still, I feel comfortable here, in London. Whenever the train pulls into New Cross Gate, I feel a sense of relief, as I’ve finally arrived home. 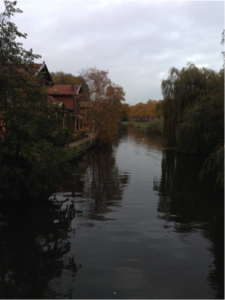 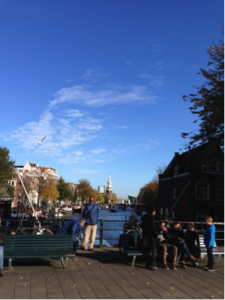 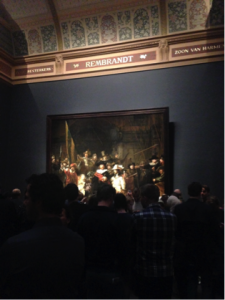