First off, I just want to impose, upon everybody, the national symbol of Sicily. 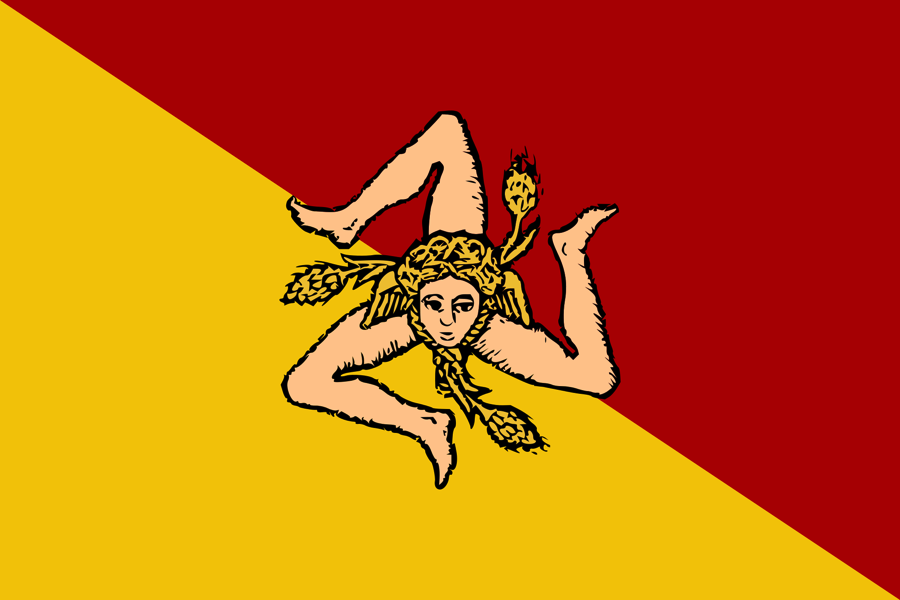 This is the Sicilian Triskelion, or the trinacria. Anyone who has been to Sicily is already familiar with this, but for someone who had never been there before, it was rather unnerving to see that ridiculously creepy thing everywhere the first day or two. It grows on you though; now I have an obnoxious red hat with the symbol stitched on the front.

My program, Intercollegiate Center for Classical Studies in Rome, has an 8-day trip to Sicily built into the curriculum (as well as one to Campania later in the semester). Basically, they shove all 35 students, 4 professors, the director, and my main man Gianni (our bus driver) into a coach bus, then drive down the coast of Italy, hotel hoppin’ every night with full-day historical lectures in between.

First, I’m going to start with one word: temples. Here’s a little (non-exhaustive) collage. Each picture is a different temple (except top right) and these don’t include the temples that are currently functioning as churches. I wish I were kidding. 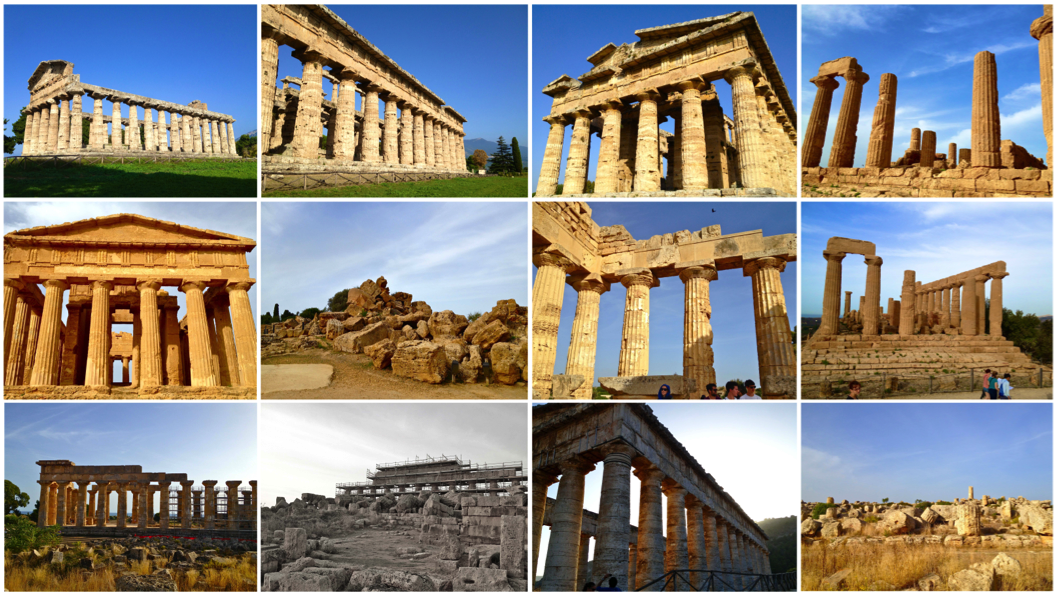 Not much to say really. I’m sure the city is very nice, but we spent the whole time in the ancient ruins. Classic(s). They also have that famous piece called the “Tomb of the Diver.” Anyway, it’s one of a kind in the Greek world and I think I’ve found a new interpretation (see image). That man is actually supposed to be flying. That’s how the dead guy would see it anyway – if he weren’t dead and there was like, some light in his tomb. If this program hadn’t convinced me that I do not want to be a classicist, I would probably devote my career to discovering ancient depictions of flying, voodoo magic. For kicks.

This was probably the day I decided that the field of classics was not for me.

Today we drove about 4 hours north of Paestum (as in, away from Sicily) to visit this important, ancient, sacred site from the 5th century B.C.E. It used to house a great temple and lots of people and all that jazz. This is what it looks like now: 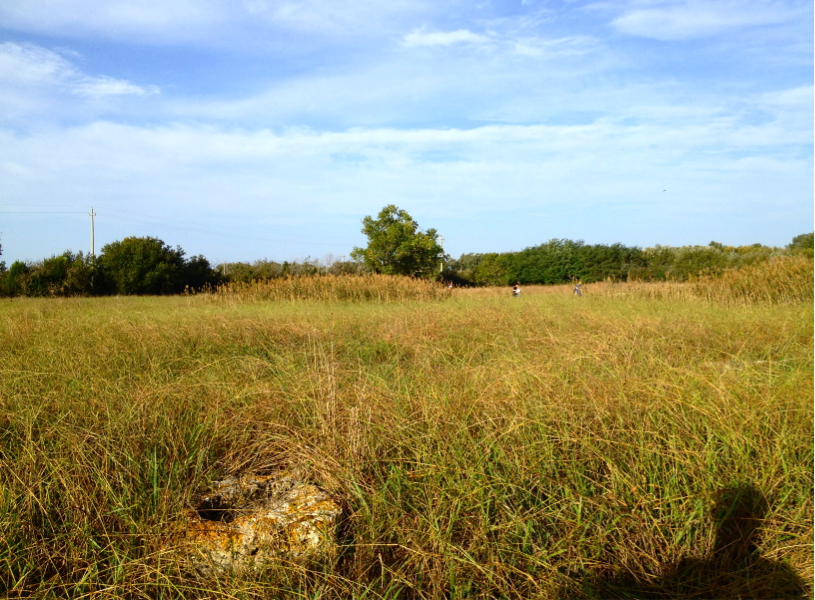 We literally took a 4-hour detour to check out a field with a rock in the middle of it.

Oh yeah, and we found this in our hotel giveaways that night: 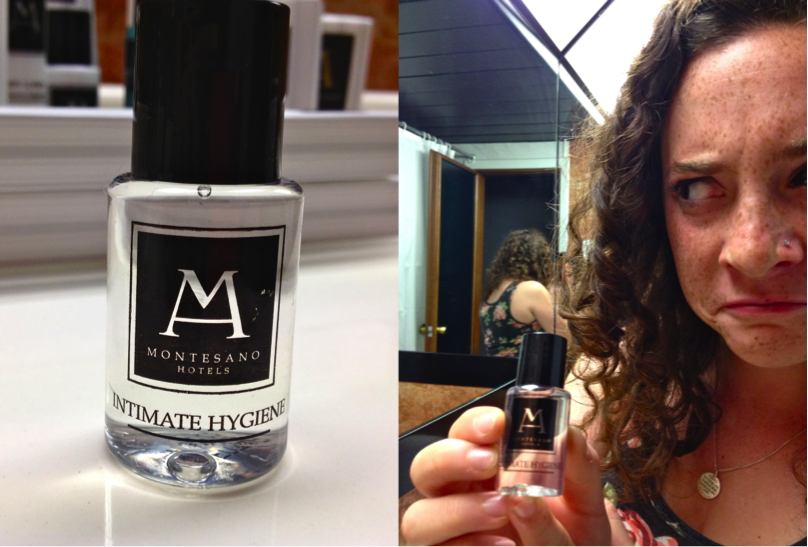 Oh yeah, we didn’t actually get to Sicily until today. But it was definitely a great welcoming. Taormina is gorgeous and hosts a beautiful hybrid Graeco-Roman temple with an amazing view of the sea. 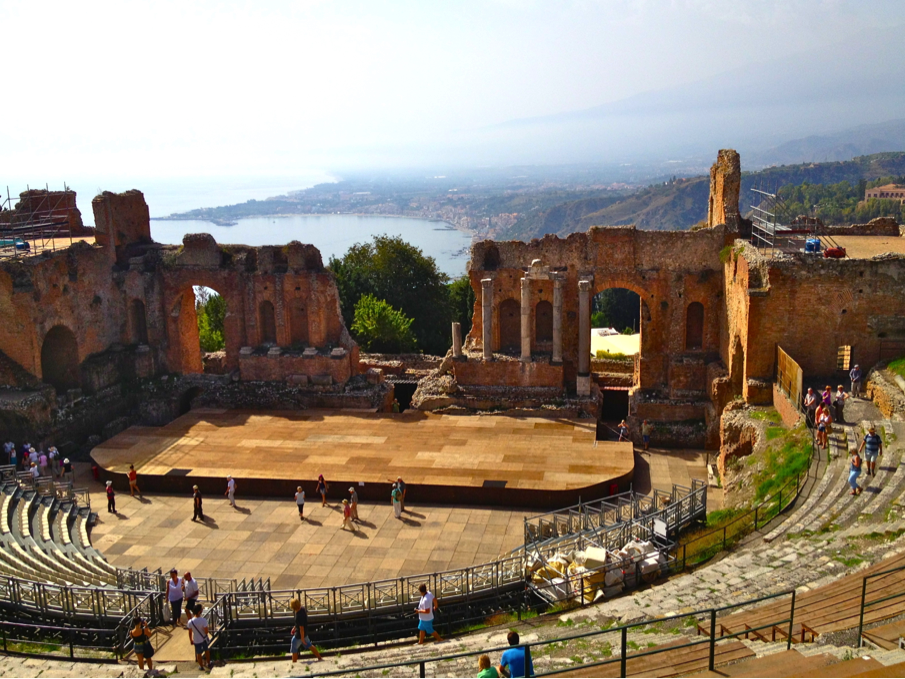 I don’t recommend the gelato in town, the stracciatella was particularly unpleasant. The granite on this island is superb, however. That’s “gra-nee-teh” or “gra-nee-tah”. Not “gra-nite”- Italians don’t eat granite. Granite is this semi-frozen flavoured thing. I know I make it sound ridiculously appealing, but trust me, it’s delicious.

We also climbed around the Castel Euryalus. It was cooler than my pictures make it seem. 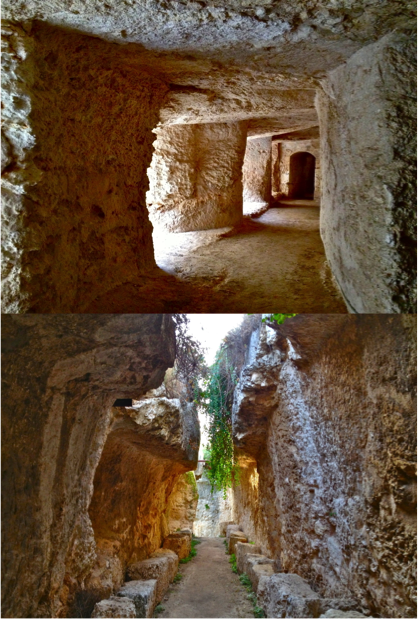 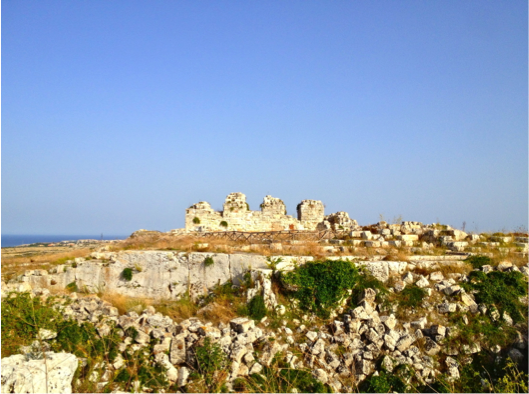 I can’t really say anything about this place other than: it is beautiful. The piazza houses a magnificent Christian basilica that started its life as a pagan temple, but is now part of a glowing area of town. Seriously. That marble/limestone is damn reflective. I think I’m tanner here in Italy than I’ve ever been on a normal day in the Philippines, which does say something. 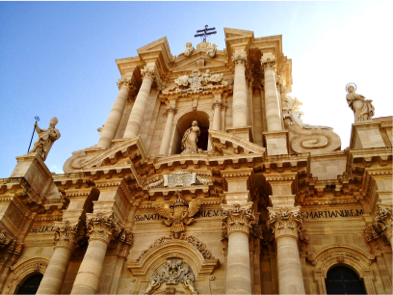 We also spent a good amount of time singing in the ancient quarries. I believe there was a trained opera singer in our group of tourists. It was quite lovely, actually.

Day 5: Morgantina (used to have temples) 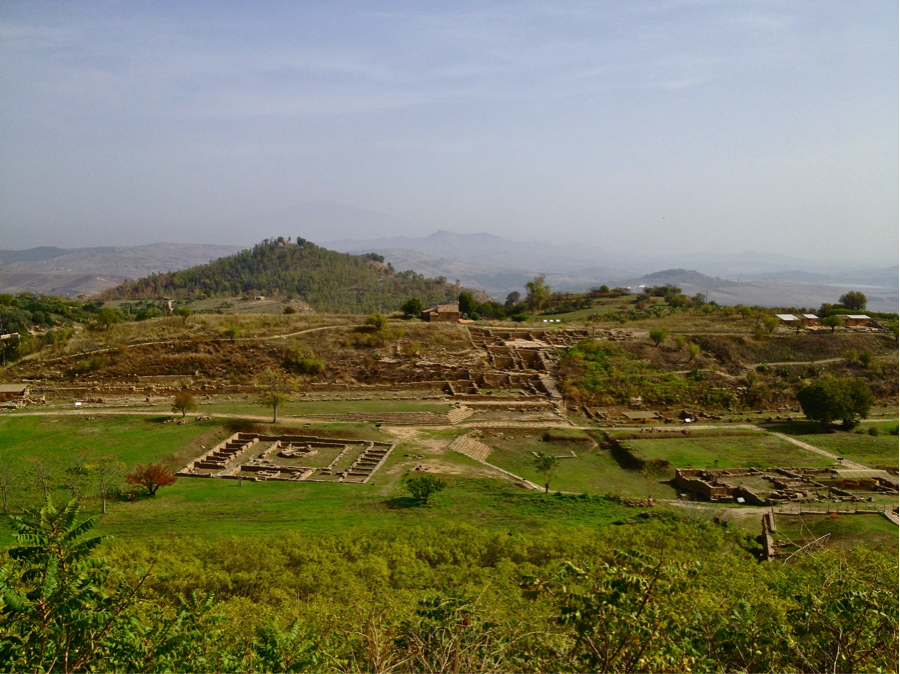 Today we played Frisbee in the Agora at Morgantina and the director of the dig site stopped us so she could take some pictures for the website. Pretty cool alternative to getting kicked out in front of our professors and getting docked participation points. We also learned about more old stuff, then went to the beach in Agrigento. 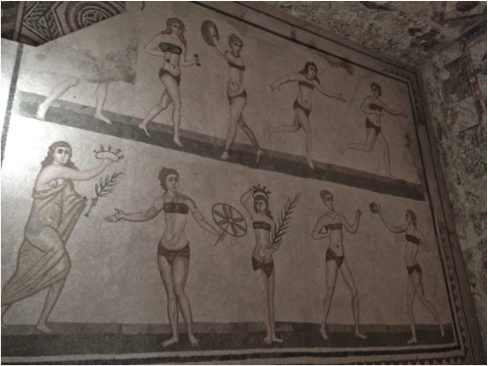 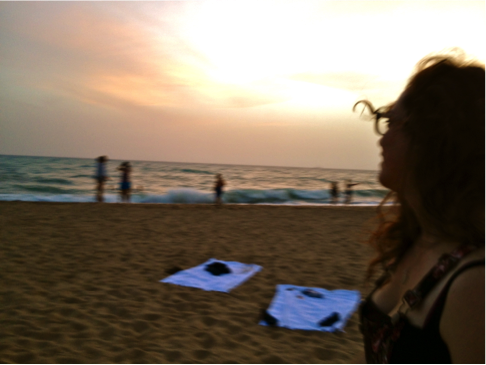 Again with the reminders of why I don’t want to be a Classicist. Being told to look at a pile of rocks and map out a plan of a temple is just entirely unappealing when the pile of rocks looks like this. 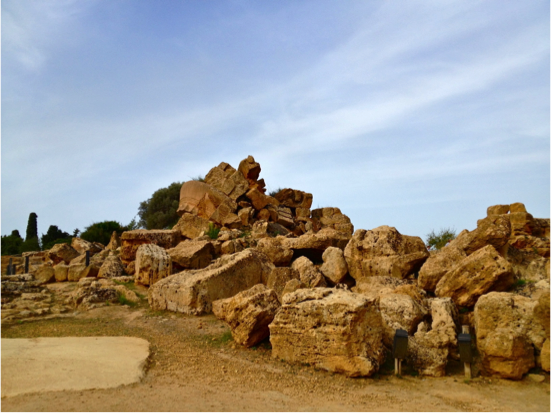 Yeah sure, just let me get out my pen and jot down the dimensions.

On the bright side, our professors let us loose on one of the monuments (different pile of rocks), so we climbed around like monkeys on this playground for giants. 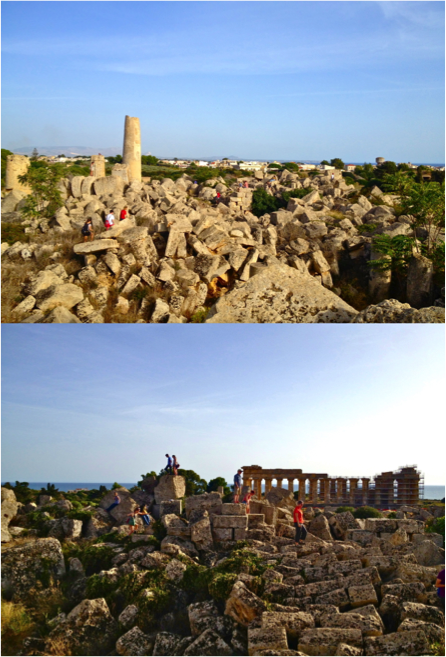 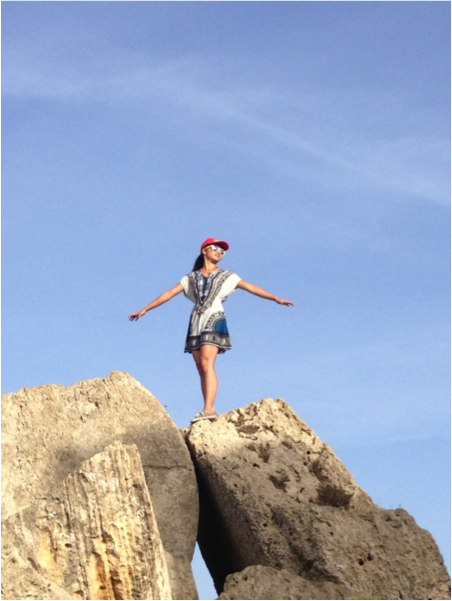 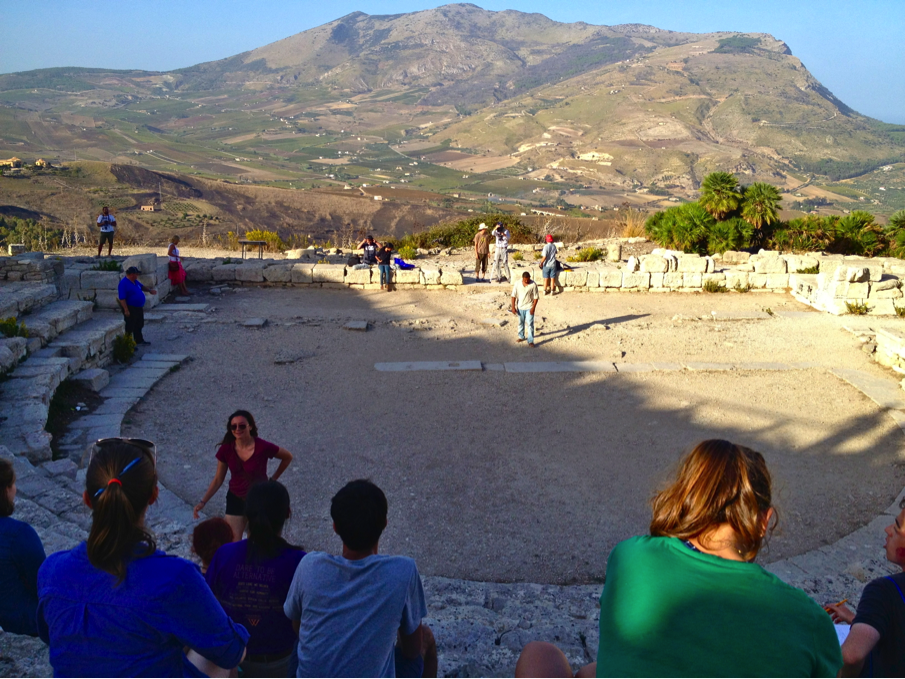 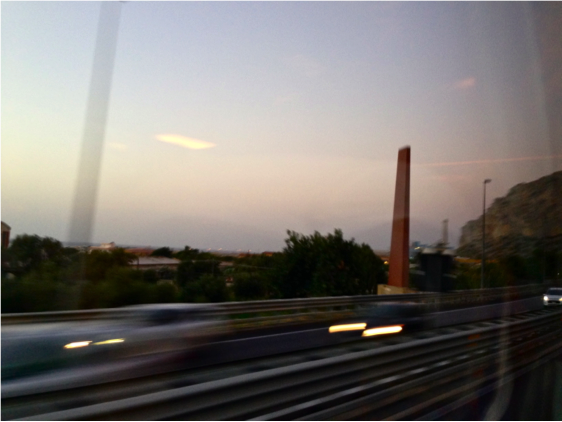 This is the point en route to Palermo where Giovanni Falcone was murdered by the mafia with a car bomb along with his wife and accompanying police officers.

Today was focused mostly on churches filled with enough gold to provide scholarships to every student in Vassar. And bring in some mainstream musical act all the universities get. Probably. This image only shows one corner of one church- you can judge for yourself. 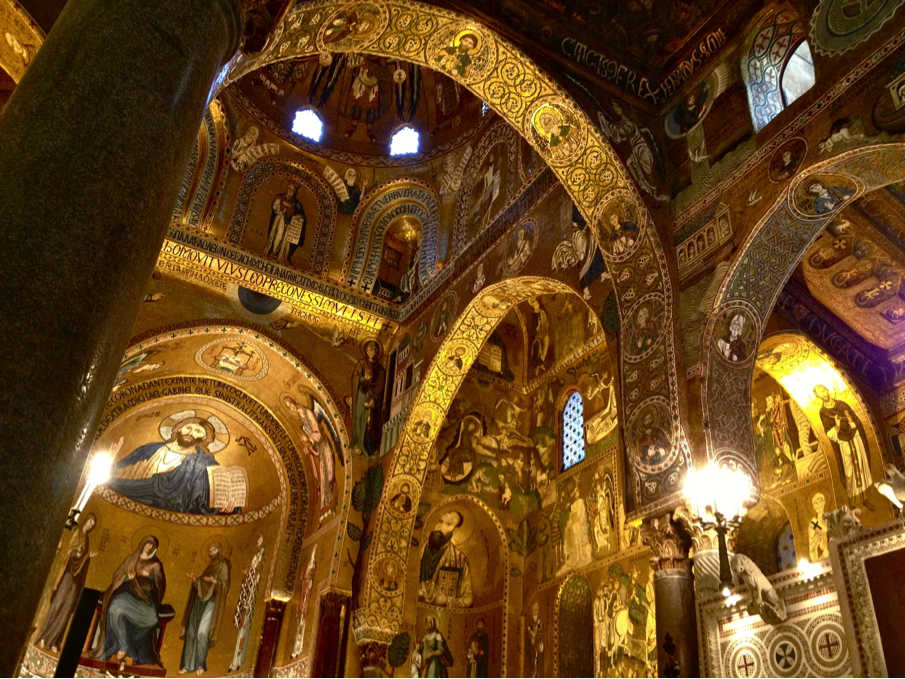 Then we hopped on an overnight ferry to Naples and realized that starving is a viable alternative to 20-25 euros for shitty cafeteria food. I have to say, it must’ve been the first time I’ve legitimately missed the Deece since I bid it arrivederci in May.